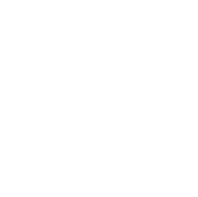 Emotional Intelligence has become increasingly relevant for individuals, organizations and businesses since it was proven to help understand and assess people’s behavior and performance. It serves as an important tool in areas like learning, management, motivation, interpersonal communication and productivity.

Although Emotional Intelligence became popular after the publication of Daniel Goleman’s Book, “Emotional Intelligence”, in 1995, it had been researched and developed during the 70’s and 80’s. It was psychologist Howard Gardner’s book, “Frame of Mind”, which gave birth to the concept of EQ (through Gardner’s Theory of multiple intelligences).

What is Emotional Intelligence?

Peter Salovey and John Mayer defined EQ (Emotional Quotient) or EI (Emotional Intelligence) as being made up of 5 elements:

A simpler version of the EQ elements consists of 4 abilities:

Optimism is better than Knowledge

During the 80’s, Martin Seligman researched optimism and its effects on people’s performance. One of his greatest discoveries was presented in his research of insurance sales people. Seligman convinced an insurance company to hire people who passed the optimism test but failed their standard test. He compared their sales to those of sales people who were hired based on the standard tests alone. In the first year, Seligman’s group sold 21% more than the other group did. In the second year, they sold 57% more! The conclusion of his research was that optimistic people handle rejection better than others.

The ability to handle rejection is a major factor in the success. Optimism and pessimism play a major role in determining the success of any interaction, especially when selling. Each type of personality defines failure in a different way. While optimistic sales people are able to separate rejection of their product from rejection of them as people, pessimistic sales people take rejection as criticism of their abilities, appearance or character and will face their next sale feeling hurt.

This works the same with taking risks. If you are pessimistic and equate failure to rejection, you are likely to take less risk in order to avoid failing and feeling rejected. If you are optimistic and view failure as a learning opportunity, you know you will get up the 8th time, so you take more risk.

One great art that will help you get up again, whether you are facing a challenge or difficulty in your personal life or business, is the art of NEXTing.

I sometimes describe to my clients an imaginary button, which resets everything and refreshes them for the future. They learn to “press” this button and call out “NEXT!” 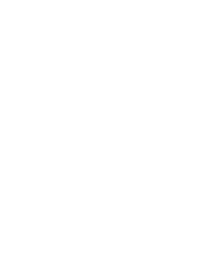 The Be Happy in LIFE coaching program develops EQ. I believe that emotional strength is essential to our development and growth. There are many aspects of EQ in our daily life and although we need other skills and abilities to handle challenges, the ability to handle rejection is a major one.

One of my business clients, let’s call her Mary, has mastered the art of “NEXTing”. Mary is the CEO of an international trade organization and in her job, she deals personally with many executives, mostly men, while juggling the chairman’s criticism and “strange, unreasonable desires”. When she started coaching, Mary experienced heavy stress and had frequent anxiety attacks, for which she was taking medication to survive her days at work. She loved her job very much, but spent most of her time either in conflict with the chairman, talking about it or thinking about it. Every meeting between Mary and the chairman lasted only minutes, but she kept them in her mind months later.

Mary’s definition of failure was unhealthy for her, giving the chairman far more power than he had in reality. He was “able to control” her feelings during and outside of working hours just by thinking differently from her.

Mary came to me looking for a tool that would allow her the freedom to enjoy her work. She discovered the “NEXT!” button in one of her first sessions and a week later, she sent me this email:

I know it sounds strange, but I feel so different. I think people around me are different from last week…

Mary managed to handle most of the difficulties at work (and at home) using “NEXT!” While in the past, every arguments and unsuccessful sale added pressure to her work, she had learned how to assess the situation, take the learning and move on and her efficiency increased tremendously.

“NEXT!” is an important tool to achieve success. Using it increases emotional intelligence by creating optimism. It contributes to our ability to recognize our feelings, manage them, develop more acceptance and appreciation of others and improve our relationships.

NEXTing allows people to move on and shift their energy from lingering in the past to focusing on the future – a core ingredient of success.