For some people, the beginning of a new year (and their birthday), is a sad day. When everyone around talks about goals, motivation and New Year resolutions, it is hard to avoid measuring our achievements from the previous year and those we have not achieved stand out like a sore thumb. “There you have it – another proof you have not achieved your goals and time is ticking. If you don’t get your act together, it’s going to be too late”.

The ticking of time as it runs out is an illusion we adopt as soon as we learn to tell the time. Together with the sense of the achievement (that we can tell the time), the loss of freedom and hope starts creeping in as time starts to control us. This is the birth of the notion that something can be “late”, which sits in our mind together with frustration, helplessness and giving up. From there, the road to “too late” is short.

Every morning, we have the opportunity to strengthen this “late” mentality when we rush in to get the kids to school and ourselves to work. We imagine horrible endings for not making it on time. For some people, the pressure is so high it results in screams and tears on the way to their destination.

In my book In the Outback with Jasmine Banks (now available in soft cover), I wrote about this pressure. Katherine Johnson, a world famous author, teaches a young journalist how to beat the “too late” mentality and start living freely. A young woman who read the book wrote this to me:

I just wanted to tell you … this morning my university class was cancelled. Normally, I would have gone straight to work, but I had a doctor’s appointment at 10, so I decided to sleep in a little, then I got to city and decided I didn’t want to go to work until after the doctor’s appointment – I wanted to sit in a café and have a mocha and read some more of your story…

I was thinking to myself as I walked to the café that a year ago, I would not have done this, because I would have felt bad not going to work, but today, I felt good for deciding to do what I felt like doing, so it was very funny indeed when I was reading up to the bit where Katherine asks ‘What will happen if you don’t go to work?’ and what did happen? Nothing! Other than I got to sit in a café with a warm lovely drink and read your wonderful story!

You will be surprised to know that when she went back to work the following day, her boss offered her a promotion.

Over the years, we learn to create a monster out of lost opportunities and miss out on all the new ones staring right at us. 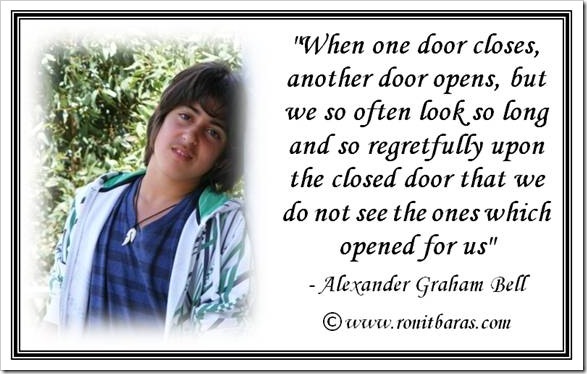 Have you ever heard yourself saying, “I must finish this”, “I cannot afford a day off” or “I don’t have a second to spare” and then suddenly you were standing at a funeral of someone close or lying in bed sick and realized you had actually had lots of seconds to spare? It is not the time that is missing but the priority. We have the exact same time we had a second before we had an accident or heard about a funeral we must attend. We just used it differently.

The time for action is now. It’s never too late to do something
– Antoine de Saint-Exupery

If you meet a person who has faced death and gotten out alive, you will notice they have their priorities right, because that incident served as a strong wakeup call for them. Before their traumatic event (cancer, accident, etc), they heard the clock ticking every day as they rushed to work and stressed about every little thing, but since facing death, they have learned to ignore the ticking and do the things that need to be done. They are never too late, because they are already on “borrowed time”.

“Too late” on trial

Well, as I looked around me, I realized there are people very close to me who have proved it is never too late to do things. Here are their stories. 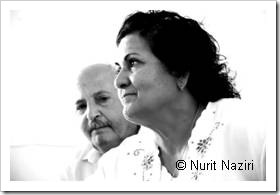 My mom (in the photo) finished primary school at the age of 50. Moving to a new country at the age of 9 and never going through proper formal education had put her in a delicate position. She had chosen to become a chef as a way of dealing with her inability to write properly and do math calculations.

My mom has an amazing kinesthetic memory. If she cooks or bakes something once, she remembers it forever. Her hands are her scales and her intuition is her cooking method.

When she was 50, she finally got over her “too late” mentality and went to an adult education institute to complete her primary school. We all admired her.

At the age of 55, she said she wanted to get a driver’s license. Whenever she tried and failed the written test, I thought it might be too late for her, but she persisted. She got her license after several written tests and a few practical ones. She is now 70 years old and still drives.

My dad (also in the photo) started his working life as a postman. Later on, he became an accountant and managed an office, but he got his first personal computer at the age of 60. His English was (and still is) limited and we were worried he would not use the computer because he was “too old” and lacked the “fresh, young, technical mindset of his grandchildren”. When he retired, he taught himself, with the help of Gal and one of his grandsons, to install programs on his computer. He is now 77 years old and the computer gives him a lot of joy and pleasure, along with challenges and intellectual stimulation. Imagine the happiness in my parents’ house when they can connect with their children and grandchildren living overseas through the computer. 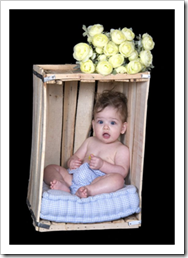 Last month, during my solo trip to see my new nephews (did I mention they were gorgeous?), I had another reminder of how rewarding the battle against the “too late” mentality can be. My sister found a partner when she was 37. Until then, every family encounter, people nagged about it being too late for her. At one stage, some family members tried to convince her she should have a baby on her own “or it will be too late”. When she met her partner, everyone around nagged she should rush him to have a child “or it will be too late”. Along the way, when her fertility treatment failed, everyone said she might have “missed the boat”.

When she got to the hospital, bleeding, on the 24th week of pregnancy from her second IVF treatment, everyone was in despair. “If only she took my advice before”, they thought, “Now, it’s too late”. But it was not.

She battled in the hospital for 2 months, unable to even go the toilet for fear of losing her previous baby. Even when the doctors said no woman had ever managed to keep a pregnancy in her condition long enough, she kept talking to her baby and saying, “We can do it. Stay with me”.

At the age of 41, in the 32nd week of pregnancy, my sister was rushed to the operating room with heavy bleeding. Her baby was born prematurely, weighing 1.8kg (4lbs). He was tiny and had to be connected to hospital equipment. When I first held him in my hands (and smelled, kissed and hugged him), he was 8 months old and a gorgeous (yes, that’s him in the photo above) and it scared me to think what would have happened if my sister had chosen the “too late” path and given up.

It takes courage to fight the “too late” mindset and as I came back from my holiday, my New Year resolution was to find my “too late” statements and find a way to do them anyway. What do you know? When you look, you find.

All my life, I was surrounded by musically talented people. My older sister played the guitar and sang beautifully. My older brother taught himself to play the guitar as a kid and he can play any instrument in a second. My younger sister played the keyboard. My youngest sister played the keyboard and in later years (while are talking about being late), she went to study high-level piano. Gal played the accordion for 8 years and has lots of musical knowledge, which is great because he always helps the kids with their music. My daughter Eden plays the piano. My son Tsoof is a musical genius. Even my youngest daughter Noff plays the piano and wants to start the flute in 3 weeks.

And me? I used to say, “I do not have a musical bone in me”. I said it jokingly to survive the feeling of inferiority. Every time I thought of learning to play an instrument, I said, “Nah, it’s too late” and piled up excuses to prevent me from trying.

Well, my New Year resolution was to learn to play the piano. I have a keyboard at home and 4 teachers – easy! So far, I have done two lessons and learned to play with my right hand. It was wonderful to hear the kids encouraging me. “Mom, you are very good”, “Well done”, “You’re doing very well for two lessons” (I could hear myself…) and this is what has happened since:

To help myself progress, I look at this quote, “Little by little one walks far”. I already proved myself it was true during the toughest times of my life. I have made myself a promise I will play the piano for at least 5 minutes every day and I have been doing it.

So, if you are a bit frustrated with what you have not achieved last year and find yourself saying in despair “it’s too late”, I hope you understand by now that happiness does not live on the “too late” dead-end street.

How to win the “too late” trial

I am happy to announce that my second book, In the Outback with Jasmine Banks, has been printed and is now available for sale. As a reader of Family Matters, you are entitled to free shipping anywhere in the world when you purchase the book with this special coupon code: FAMILYMATTERS-JB. There are only 250 copies available with this special discount and the coupon is good for as many copies as you want to buy, so hurry up and purchase today.

Happy New Year to you. I wish you happiness, love, health and wealth for the New Year.