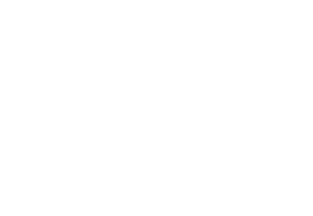 This week, a client of mine asked about her son’s behavior. Thomas, her 3-year-old son, does not know what to do when kids take things away from him. The mother, Sharon, says he starts crying immediately and she is worried that this will be his behavior in the future. She wrote in her email to me, “If a child cries when kids take toys away from him, does it mean he will grow up to use crying whenever things do not go his way?”

The simple answer is: No. Just because kids do certain things when they are young, it does not mean they will do them as adults.

Kids are inexperienced in searching for ways to get what they want. They have had limited exposure to “life” so they use more primitive and intuitive ways of getting things. When they were born, all they knew how to do was cry. And they found it to be an effective way to get what they needed. We all used crying as a method when we were babies, but that does not mean we do it now that we are grown up, at least, not in the same way.

I have three kids of my own: Eden, Tsoof and my youngest, Noff. As small children, each of them had a different technique for managing conflict when they were playing with other kids.

When someone took Eden’s toys, her technique was “words”. She would put on her “teacher’s voice” and start lecturing the kids about how immoral it was to take other people’s toys without permission. Most kids would give up and give her back the toy.

Tsoof, on the other hand, would start screaming as if some axe murderer was threatening him. And I think his volume dial was somehow broken. He would scream with the same intensity when someone took his toy as when someone hit him on the head. This would scare the other kids so much they would gave him whatever he wanted.

Noff, our youngest, was totally different. When someone did something she did not like, she would simply walk away and do something else.

What does all this mean?

Nothing! Nothing at all! What they did as children was not really an indication of their coping strategies now that they are older.

Eden is 24 years old now and doing her master’s in social work after an honors degree in psychology. She does not talk to anyone in the teacher’s voice anymore. She reasons and negotiates instead.

Tsoof is now 18 and in his second year of music studies. He is a very calm person and never uses his screaming tactic on anyone anymore. He uses humor and empathy.

Noff is 12 years old. She is now in Year 7, her final year of primary school, and is a student leader in her school. When she has a conflict now, she approaches it in various ways. Sometimes, she uses a leader’s tone and talks about justice and fairness, sometimes, she raises her voice and sometimes, she walks away.

It is a good idea to teach kids about effective coping skills and how to express themselves without shouting, giving up or hitting back. What you show them is the building blocks for their development. Keep showing them how to do it well. But do not despair if they do not manage. They will be exposed to so many different coping strategies through the course of their lives, that the way they behave in childhood indicates nothing about what kind of grownups they will end up being.

To my client, I said, “Keep helping him with ways to manage conflict and don’t worry too much about what it means for his future”.