Home » Education / Learning » When Good Parenting is a Luxury 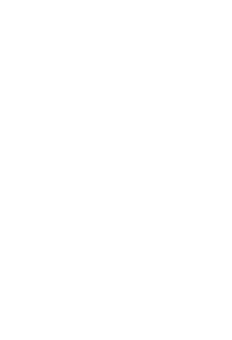 This week, I ran another Happy Parents Raise Happy Kids program at a local primary school. I had been in contact with that school for over three years now and had run various programs for students and teachers. For three years, ever since our first program, the principal, Cherie, had been trying to organize this workshop and looking for funds to make it happen. While most schools have a parent body that pushes for the workshop, Cherie had had to do it on her own.

As you can imagine, I started the day feeling frustrated with the time it took to arrange the workshop, but here is the story of what happened to the parents and me that got me to a completely different feeling in the end – gratitude.

I set up everything in the beautiful Resource Center next to the Junior Playground. Cherie said she was not sure how many parents would come. In some of the events she had organized for parents, only one or two of them had come. For this workshop, she had personally contacted each of the parents who had been struggling with their children.

“Ronit, we have many struggling parents”, she said to me several times. The school’s academic achievements had been low for many years and the last professional development with the teachers had shifted something in the dynamic of the school and in the academic achievements, so Cherie thought the parents were the next piece of the puzzle.

A woman from the office came and said two parents had called to say they would not come and one mother had turned up in the morning asking to join in. Cherie started telling me a bit about the parents, but then, the parents started arriving, so she said, “You’ll see for yourself. They really need this”.

14 women were sitting behind their desks and waiting anxiously for the workshop to start. Cherie introduced me, described the big shift that had happened to her teachers after going through my program and reassured them she would pop in occasionally throughout the day.

We did a round of introductions. I told the parents about myself, my profession, my family, my passion and my expectations from the day and asked each of them to introduce herself, tell us about her kids, challenges and expectations. This is what I gathered from them in half an hour of introduction.

When we finished the round of introductions, I felt a bit overwhelmed. I looked at the group of mothers who were in constant struggle and realized what Cherie had to go through every day. How on Earth can you expect kids to perform when their life circumstances are so tough? How can these children study when their parents are in such desperate survival mode?

For a second, I felt helpless. Maybe I even felt a little sorry for myself. Inside, I heard a voice saying, “Snap out of it, Ronit. Stop feeling sorry for yourself. Your life is bliss compared to theirs. You have a job to do. Just do it!”

I think I had this coping mechanism for a long time. Whenever I came to a place to run a program and things were in bad shape, I told myself that everything I could do would help and then I felt empowered.

I asked the participants to raise their hands if they had ever taken a parenting course. None did. For them, a parenting course was a luxury and they were there only because the school was paying and because the principal and the secretary had sent them personal invitations and called 6 times to make sure they would come.

I looked at each of them and realized I was blessed with wonderful children, a great, kind husband, a good father for my children, good health, professional skills, an extended family that was far away but emotionally supportive and financial comfort. It was easy to take life for granted, but the other women in the room had none of my luck. 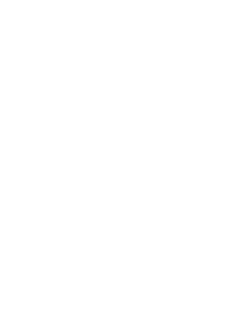 We reached the section about their happiness and there was a silence in the room. Everyone stared at me and looked at each other with embarrassed smiles.

“Do you mean what would make our kids happy?” one of them asked.

“Then how do you want to be happy if you don’t know what would make you happy?”

She lowered her eyes.

“How do you want to make your kids happy if you don’t know what it means to be happy?” I asked everyone again.

I think that hurt them and motivated them to find some answers. Slowly, one after the other, they started saying things that made them happy. At that point, there was a small shift in atmosphere in the room.

While in a usual workshop with diverse parents, we come up with a happy list in three minutes, this group took much longer. I usually give parents about two minutes to complete their own list of 100 happy things, but in this group, 14 women could barely came up with 10 items together.

Most of them said they did not think they would ever get to 100 happy items on their list. I knew it was really hard. For a group of highly frustrated, badly struggling women, this was a hard task. Most of them were trying so hard just to survive they had never given themselves permission to want anything. Happiness was a luxury for them.

I started to wrap up. I asked each of the participants to tell the group what she had gotten from the workshop. Everyone was emotional and looked at the principal with lots of gratitude as they spoke. One of them said to me, “I reckon my friends at the drug rehab center should attend this course”. I smiled. I knew most of the topics in the workshop were applicable to life in general. All of the areas covered during the day focused on taking control over our own destiny.

One by one, they stood at the door, while their kids waited outside to be picked up. They gave me a big, long hug and said, “Thank you”. One of them said with tears in her eyes, “I came to learn about my kids and how to parent them and I learned more about myself. Thank you, Ronit!”

The mother who had joined that morning was a gorgeous woman who looked like a model. During the session on communication styles, she discovered she was kinesthetic and was very happy when I said kinesthetic people needed to go with to their instincts more. She gave me a big hug and said, “I got up this morning with the feeling I had to come today. Something inside told me that I had to be here. I am so glad I listened to that feeling”. 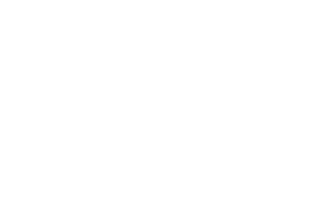 Another one said, “It’s funny. When you said in the morning that by the end of the day we would leave the room different people, I didn’t believe it was possible, but it sure was a life changing experience. I always thought it takes a long time to change, but it’s not true. Thanks for proving to me I can change”. She then went to the principal and said, “Thank you Cherie for thinking of me”.

For about half an hour, we said goodbye. I was emotional too. I thanked each of them for coming. “You don’t need to thank us. We need to thank you”, said the blind grandmother.

“Oh, I need to thank you for your honesty, for your willingness to share, for dedicating your day to being here and for learning to be good, happy parents”, I replied.

I packed my things and put everything in my box. I was a bit tired. I could not stop thinking of those women’s misfortunes. It made my good fortune seem even better. Cherie helped me clear the tables from all the toys and markers.

“Sorry I didn’t have time to warn you”, she said while picking up pieces of paper from the floor.

“Oh, they did a very good job introducing themselves”, I said, packing my laptop.

“They got a lot from you today”, she said. I think she was trying to encourage me.

That morning, I told the parents that every interaction we have has the potential to change us and what matters most is what we choose to get from each other. I think I had talked to myself too.

I smiled at Cherie and said, “It’s nothing compared to what I got from them”.

Have a happy, grateful day,
Ronit