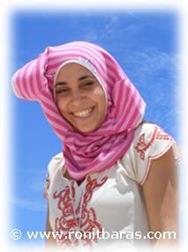 I once said (OK, I have said it hundreds of time) that kids believe everything you tell them. The younger they are, the truer this statement is. Parents do not know they are lucky that their young kids do not question them as much as they should.

In fact, because kids do not doubt what their parents say, I would like to encourage all the parents reading this post to take advantage of this phenomenon and plant good thoughts and beliefs in your kids’ little minds. So if you are a parent and you want to learn how to plant good thoughts in your children’s mind, buckle up and enjoy the ride.

Remember, kids believe everything you say. Watch your words and use the ones you think they will not argue with. If you feel like you are manipulating your own kids, welcome to the parenting business!

The previous Character Traits posts focused on what parents should say to instill positive character traits in their kids. Character traits are like plants or trees that grow over time - all they need is for parents to plant good beliefs as seeds and provide reinforcement as water. Unfortunately, some…

If you are familiar with this blog, you know that parenting is one of our key topics and that is why it is important to discuss parenting when you get to know your partner. This is the final installment of Know Your Partner, a series of posts to help you…

Recently, I discussed the concept of a parenting bible with a group of parents in my workshop. A bible, they all thought, was full of gems that everyone must follow. I told them that as soon as they argue about it, it is no longer a gem. I believe that…