Last week, I received the email below from one of the readers of Family Matters about whether or not her son should repeat a year at school. I am choosing to post my reply here, because I have been asked this question many times.

My son is 7, born 3rd of May and is in year 2. I can now see a huge maturity difference to his peers who are 1 year older in most cases. Academically he is sound but struggles to remain there, and keeping him focused is a constant battle.

My gut is telling me he needs to repeat, more so for confidence and to help him settle better with kids his own age. School is resisting this as academically he is not well below.

Do you think I should keep pushing this?

As you may know from my post Should my child repeat a year at school or not, I believe that academic performance is not a big factor in deciding whether to repeat a year. Therefore, I disagree with your child’s school that because your child is not well below, there is no reason to repeat.

Academic achievements are influenced by many factors, like the teacher, the subject, the group of friends, the home setting, the child’s natural talents and his or her emotional intelligence. Simple scores between A and F are not good indicators of the child’s success at school and most certainly not in life. 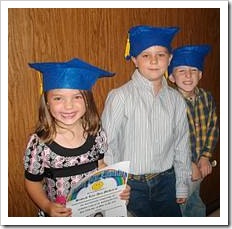 School is meant to be a success experience for kids and help them associate learning with fun and achievement. When school is too tough, the damage is worse than parents often imagine. The kids’ brain links learning with pain so strongly it blocks wonderful, talented people from achieving for years. I see many of these kids as adults. The thought of learning something new is so scary for them they block themselves from going forward, just because their early years’ teachers could not find a way to make learning fun and interesting for them.

I believe repeating a year will be good for your son, because he will be able to relax and enjoy his school years and change his learning associations from pain to pleasure.

Over 25 years of education work, I have learned to trust parents’ intuition about their kids.

Many years ago, I had a kid in my early childhood center whose mother said to me she thought something was wrong with her son, although he seemed like the most adorable kid in the world. I ran some assessments and gave her a report about his high academic performance (he was two years old and could do amazing things).

She came back to me and said, “Ronit, I still have a feeling something’s wrong”. I kept assessing her son and found that although he could see, whenever I changes the spread of the cards on the table, his performance dropped significantly.

I advised the mother to check his eyes. She took him to an optometrist and said “Everything was fine”, but we kept assessing and still could only see a drop in visual perception.

Finally, this mother made an appointment with an eye specialist, who discovered that medication this kid was receiving for a liver malfunction had damaged his eyesight and he needed prescription glasses so thick he was afraid to make the decision himself. He called his boss for a second opinion and eventually prescribed the glasses.

Afterwards, both the child and the mother were very happy and his performance and confidence improved greatly. 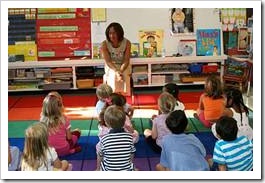 I learned you cannot argue with a parent’s intuition and this lesson was confirmed again many times over the years. Mama knows best!

Parents are very essential agents of influence over their kids, even greater than teachers are and if they need to support their kids on their learning journey, I suggest they are consulted when making decisions about their kids’ future.

Fiona, you are the person who has been there with him every day since he came into the world and you are the one who will support your son for the next 10 years of schooling. It would be unwise to ignore what your gut is telling you.

Generally, it is not healthy, especially for boys, to be around older kids, mainly because the emotional gap only grows in high school. Since girls mature earlier than boys, being in a class with girls who are one year older might be a challenge in the teen years when the girls are also more mature in comparison to the boys.

Generally speaking, it is better for boys to be in the older range of their class than in the younger range. There is no internal clock in the body that says “Today I’m 8 years old, so I can do this or that”, but struggling may indicate your son is not in the right age group for him. Not all kids need to get A’s in all the subjects, but all of them should enjoy school and learning.

If you were in Brisbane, I would invite you to bring your son to me for a child assessment. Since you are not, here is what I would do:

Good luck and let me know how things turn out for you and your son,
Ronit