Last week, our 15-years-old son Tsoof went to a party. It was an 60’s party and just before he left, he went into the loft, took out the costume suitcase and looked for inspiration to dress up. Eventually, he found some hippie-looking clothes that made him happy.

Later that night, Gal and I went to bring him back from the party, which was in a beautiful garden at his friend’s house. It was just lovely to see a group of 15- and 16-year-old teens all dressed up in hippie clothes, singing with a guitar, couples hugging and kissing and you know what? We felt good! Really good!

In the world of computer games,  X-box and Wi-Fi, when our kids are exposed to enchanted virtual worlds and creatures and parties are full of high-tech games, we did not expect these kids to step out of their modern world and pretend they were hippies during the 60’s with flower shirts and flowers painted on their faces. To us “oldies”, the whole atmosphere there was magical (full of LOVE), they still were able to play at Thor Slots.

As hard as it is to admit, computer games have made our kids quicker thinkers and given them great satisfaction for hours have not been a good substitute for face-to-face social interaction and physical make-believe games. 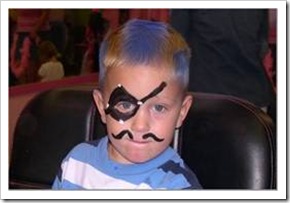 This brings me back to one of the best stories I have ever read, called “Profession”, by the one and only Isaac Asimov (can you hear my great admiration for this amazing futurist?) as part of the book “Nine Tomorrows”.

The story is set in the 56th Century, and children are educated by using an “education tape”, which directly injects information into their brain. They learn to read at the age of nine and at the age of 18, they are taught a profession, which the computer chooses for them. Everyone’s dream is to compete in the Professions Olympic, in hope that someone will offer them a job on a world outside Earth.

George Platen, an 18-year-old boy who wants to be a computer programmer, finds out on his profession-injection day that he cannot be taught and is placed in a home that seems to him like a home for the retarded, because people there have no specialized knowledge – they just read books and have discussions.

After a while, feeling totally humiliated, George decides to run away from the home and gets to watch his friend competing in the Olympic and failing, because the winner has been injected with a more advanced version of the knowledge, guaranteeing that a younger person, more recently injected, will always win the Olympic.

Through his runaway adventure, George realizes that the home he was sent to is actually a higher education institute, where the elite of the population are sent to keep advancing Science and Civilization, something they could not have done if they were injected with information. Being given knowledge sometime blocks advancement!

You can read this wonderful story here. 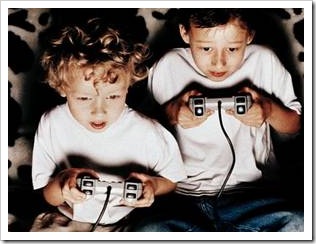 Computer games are similar to being injected with a profession, as opposed to real social interaction, dress-ups and make-believe that give our kids the freedom to be creative.

On the way home, Gal and I talked about all those teens at the party. Most of them were involved in performing arts, where make-believe and social interaction were part of their daily life. We do not have a single high-tech game in our house and Tsoof, much like all those kids who were dressed like hippies at the party, are so busy with performances, rehearsals, dancing, singing, playing a musical instrument and homework every week, they have no time to be “injected”.