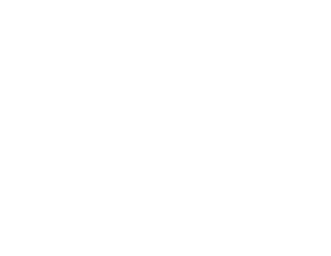 Motivation seems like a very tricky thing for many people, parents included. Motivational speakers make a great living out of presenting it as a mysterious art, mastered by the few, that will bring you endless prosperity if you “get it”.

One main challenge with motivation is that it is mostly subconscious. We find ourselves wanting to do or to achieve something, but when the time comes to actual do it or take steps towards achieving it, we snooze. This is frustrating and reinforces a negative identity of being incapable, undisciplined losers. We punish ourselves, blame our parents or circumstances, and try the next thing, but…

Motivating other people is further complicated by the involvement of more than one subconscious mind. We want someone else to do or to achieve something, so we try to communicate that to them. What happens all too often is that our message gets distorted – lost in translation – and they end up doing or achieving something else. This, in turn, creates frustration and bad vibes on both sides.

Many hierarchies rely on a “chain of command”. This includes schools, government departments, armies, religious organizations and corporations. Each person in the organization has an official title, an official job description and a set of official authorities, which they use as the main method of motivating other people. If you have ever worked in a hierarchical system, you know this does not always produce the desired outcome and that very often, what happens in the organization is very different from the organization’s stated vision and mission.

Regrettably, many families also function in a top-down manner, sort of like an army unit. One parent is the General or Admiral, the other is the Second-in-Command (the ranks may change for different circumstances) and they children rank anywhere from Foot Soldier to Sergeant, depending on their position in the family and their level of responsibility.

The command-and-control style in families often produces results that are vastly different from those intended by the “commanding officers”. Children are not very good at obeying orders and those who are often carry them out without enthusiasm and with no creativity, which just produces a different kind of undesirable outcomes.

And that is because of the way motivation works. On the surface, government agencies, armies, schools, companies and families operate by rules, procedures and ranks, but in reality, they are operated by human beings who follow the “chain of incentives” instead. Each person in the system has a personal agenda, a personal set of values and those strange, uncontrollable thoughts called “feelings”.

In his wonderful book The Goal, Eliyahu Goldratt writes that company employees live by the rule “Tell me how you will measure me and I will tell you how I will behave”. At their personal level, all that matters are the incentives that apply directly to them, whether their “commanding officer” or the organization benefit or not. Organizations that can translate their global objectives into “a language of personal incentives” each human being understands will succeed. Those that try to force their staff members to comply will do badly and eventually disappear.

Of course, families are no different.

In another wonderful book, The Little Prince, Antoine de Saint-Exupéry tells the story of a planet on which a king and a mouse live. The king tells the little prince that he sees himself ruler of the universe, including all the stars. He says the stars obey his every command immediately, as do all of his other subjects. He can even make the sun set. But when the little prince wonders about this awesome power the king has to rule over everything, this is what the king says:

“If I ordered a general to fly from one flower to another like a butterfly, or to write a tragic drama, or to change himself into a sea bird, and if the general did not carry out the order that he had received, which one of us would be in the wrong?” the king demanded, “The general, or myself?”

“You”, said the little prince firmly.

“Exactly. One must require from each one the duty which each one can perform”, the king went on, “Accepted authority rests first of all on reason. If you ordered your people to go and throw themselves into the sea, they would rise up in revolution. I have the right to require obedience because my orders are reasonable.”

Many parents, often supported by school counselors and other advisors, choose to use Behavior Management or Behavior Modification techniques. Basically, this means that they tell their children about the potential consequences of their actions, as in, “Little Johnny, if you pee on the carpet again, you will be sent to your room”.

But who cares about the carpet?

Who will be sending little Johnny to his room for what will seem to the poor fellow like hours and hours, because kids have no notion of time?

You got it. Mommy. She is horrible. She is mean. Mean Mommy. 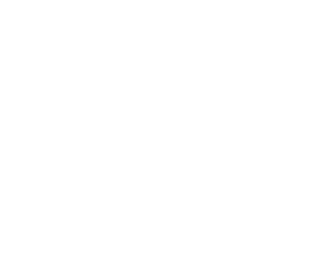 So little Johnny will find some other sneaky outlet for his need for attention, which was the point to begin with. He will tear the leaves off the pot plants, pinch the dog and spill his milk at the table. Because little Johnny wants attention and that is not something he can get when he is by himself … in his room … alone.

Kids are no different, so we need to understand what “makes them tick”. Luckily, that is generally quite easy, even though they have a very low ability to describe it themselves.

Here is a better way to handle the situation above.

Mommy says to herself, “My poor baby. What have I done to make him do this?” Then, she remembers she has been promising little Johnny for a few hours now to come and play on the carpet. She realizes that peeing on the carpet was his way of (excuse the pun) relieving himself from the feeling of utter helplessness and loneliness he was feeling as a result. After all, Mommy forbids him to climb the living room furniture to reach his toys, which she put up there when he “misbehaved” last time while playing with them.

So Mommy says to little Johnny, “Oh, my goodness, you’re all wet. Let’s get you cleaned up and dry again. Then, we’ll just put a towel over the carpet and play together.”

When Johnny is in dry clothes again, Mommy looks around, notices the toys on the living room cabinet and takes them down, saying, “Did you want your toys, Johnny? I’m sorry, but I forgot to bring them back down for you. What do you want us to do together?”

Young people are not very verbal, so their incentives can be a lot more intuitive, even physical. A good example could be that you come in from a day’s work exhausted and all you want is a glass of water. You plonk yourself in a chair and cannot bring yourself to get up again. You call your nearest child to get you a glass of water, but that is what YOU want. 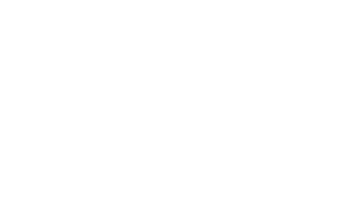 So you hug her warmly and say, “Hi Madeline, I’ve missed you. Would you like to pour me a glass of water and tell me about your day?”

The hug and the promise of attention happen before you get what you want and provide your child with plenty of incentive. Madeline gets them for being your daughter, so the glass of water is almost her idea and make her feel it is the least she could do for all the good stuff she is getting.

So you see, motivation is not very mysterious, even if it is an art. It involves focusing on the other person, respecting their positing in life, their relationship to you, their abilities and their experience and giving them a good personal reason (or more) to do what you ask.