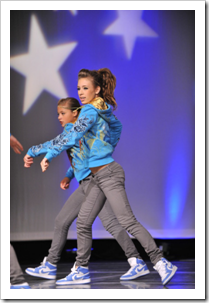 Most kids develop some kind of a hobby as they grow up – dancing, basketball, music, art and so on. Nowadays, this usually means their parents have to shuttle them to and from practice, games, concerts and other events. Whenever the parents see their kids perform or display their results, they are pleased, but treat the whole affair as something the kids will eventually grow out of.

In many families, one of the kids stands out with a special talent in his or her particular hobby. This not only means more time on the road, more uniforms, more instruments and more money, but also an emotional investment by both the kid and the parents, because maybe something special will come out of all this.

Specifically, parents begin to plot. OK, they may not go as far as hurting anyone, but they spend time and effort increasing the chances their kid will be successful, which means winning prizes and being officially recognized. They hire tutors, register the kid into competitions and coach him or her through “pep talks” before every public display of their skills.

Unfortunately, most competitions only award a handful of prizes, typically 3, with the 1st one being the only one that really matters to anybody. Getting 2nd place in a district or even state-wide competition still means having to compete against lots of other kids before being able to turn the hobby into a worthwhile profession.

As you can imagine, this breads stressed out, competitive kids, who may value winning above other things, like making friends.

But apparently, it does not have to be this way. 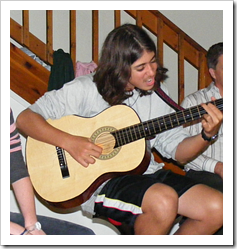 A few months ago, our son Tsoof auditioned for a state-sponsored camp for musically outstanding students. He had to prepare video recordings of musical pieces played on 3 different percussion instruments. Since those pieces had to meet a minimum standard, they were more difficult than his normal repertoire and he had to learn them from scratch.

Being our family’s designated lead talent, we all chipped in. We borrowed large instruments from school, carried, assembled, made the time, kept quiet, encouraged, gave our honest opinion, turned pages and rearranged our family schedule to accommodate the extra practice. We also kept thinking secretly about what this opportunity would mean for Tsoof’s career as a musician.

OK, so maybe it was not such a big secret. Maybe we also mentioned it to him a couple of times, just to make sure he was, um, aware, you know. No pressure…

Tsoof worked diligently and did his best all the way to the auditions, after which his teacher, who recorded the students playing, said he had a very good chance of getting in. In fact, he believed Tsoof would be the only one getting in from his school, which made us tick off step 1 and get all excited about the increasing chance of him making the special program.

Of course, we could not just keep our excitement to ourselves, now could we? After all, we wanted Tsoof to know just how proud we were, so we might have said something like, “It’s good you’ll be the only one going from your school”. Oh, come on, you do not make a competitive kid just by saying how you feel, right? We were just sharing… 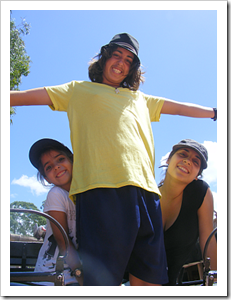 Sometime later, the much anticipated letter of acceptance came in the mail and our excitement hit the roof. Naturally, now that Tsoof had been accepted, we just had to explain to him the meaning of this to his career, as good parents and older sister do. We want the kid to have the best in life, so we give him the, um, guidance he needs. It cannot hurt, can it?

If this was not enough, there were special auditions on the first day of camp for the program’s Big Band, which was going to perform a lot more than other ensembles and be featured during the performances as including the most seasoned players. Tsoof entered himself as a singer and really hoped to be selected.

As his loving family, we all propped him up with our encouragements, telling him he would surely win, if only because we believed in him. Knowing nothing about his competition meant nothing to us. A positive mindset was required and that is what we were giving him.

Alas, two things happened next. First, other kids were selected for Big Band and second, Tsoof met some very (as in “extremely”) talented young musicians, including some of the other percussionists.

Now, you would expect a competitive child who is deeply invested in his aspirations to take this very hard. He might throw tantrums, blame the system, complain bitterly and even give up and go home. 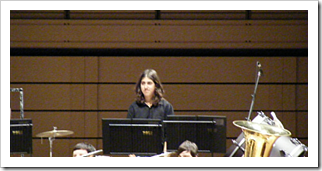 We met Tsoof after nearly a week of camp. We were invited to a preliminary concert, after which the musical campers would receive excellence awards. Not having seen him for a few days, we just wanted to know he was OK, hear his adventures and see him perform on stage.

Instead, Tsoof was unusually quiet. He said he was very tired, telling us about long hours and hard practice, but when he got to the part about not making Big Band, his face showed deep disappointment. This became worse when he told us he was not performing that night. Only Big Band and a makeshift wind ensemble were going to.

He told us very little else, saying they had only been starting things and working on technique, but we knew how he felt. Despite that, he managed to point to the Big Band drum kit players and say admiringly, “Look at these guys. They are really good. No wonder they got to play in Big Band”.

After that night, we were worried about how Tsoof might experience the rest of the camp and whether he would be able to benefit from it, let alone enjoy it.

The next time we met him, Tsoof played at two open rehearsals, featuring some beautiful original music, interesting arrangements and great talent by the young musicians. While they were playing, we noticed the percussionists working together well as a team and having an excellent time together. In the break, Tsoof told us excitedly about his new friends and about how much he was enjoying their company and learning from them. 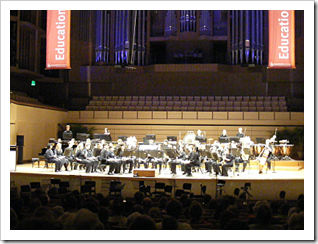 The event was concluded by another Big Band performance, which got Tsoof talking again about his desire to be included in it and about the conductor ignoring his requests to be reconsidered. Being the motivating parents that we are, we encouraged him to talk to the conductor yet again and insist the camp was meant to develop skill, not only to show it off.

During the final concert, we found out the conductor had not changed his mind, but Tsoof was very proud of himself for talking to him again. Despite his apparent disappointment, he was clearly able to see this as personal growth on his part and was pleased with himself.

Once again, he described his fellow percussionists to us, how gifted they were, how they had gotten to know one another even better and how they had become good friends.

Last week, Tsoof played at a major high-school band performance, which featured another school’s Big Band with one of his camp buddies on drum kit. Tsoof sat with us in the audience and cheered for his friend wholeheartedly. At the end of the concert, he ran down to the stage and they excitedly talked about how much they had enjoyed each other’s playing. 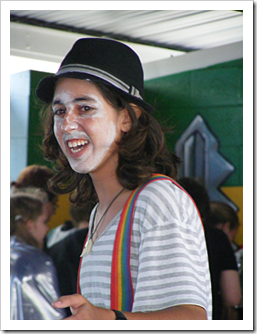 This made me so proud to be Tsoof’s father. No matter how many times the people around him mention competition, opportunity, winning, recognition, prizes or chance, he is interested only in playing music and making friends. He practices as much as he can, but he does it to be better and to have fun. When others are good, he acknowledges it. When others are better than he is, he says so. When he hears good music played well, he enjoys it, and when he sees another percussionist, he sees a friend who shares his passion.

Sometimes, I learn stuff from my kids. This is one of those times.

Special note: Ronit and I expected MOST to be an ultra-competitive program and the other kids to be products of years of parental grooming. In that respect, we were as surprised by the other kids’ behavior as we were with our own son’s.