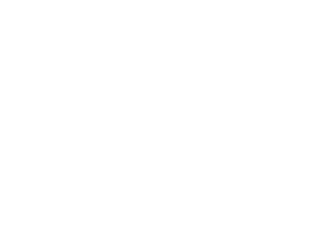 One day, a young boy, asked his grandma about her thoughts regarding changes that happened in the world since she was born. This is what she said:

I was born before television, so we had to read more books to entertain ourselves. If we wanted to see a movie in the cinema, we had to save money for it. The same movie would only be available for 3-4 weeks. We had only one screen, not 8 movies screening at the same time in an air conditioned complex with special soft couches as seats.

I was born before penicillin. People were incapacitated if they had the flu. Pneumonia was a death sentence. Medication had to be approved by a doctor and bought at a pharmacy were the pharmacist had to mix it by hand. There was no such things as “over the counter” medication. If we were sick, we had to miss work and go to the doctor. We had no vaccinations or polio shots. Those who did not die from disease, suffered from misconceptions about their mental ability, not to mention being a burden on their families.

We did not have frozen foods. We cooked a fresh meal each night which meant we had to go to the grocer or the local food shop every 2-3 days.

I was born before the fax or the photocopy machine. Only dad could use the camera and we took photos only on special occasions. It was expensive to print.

We did not have contact lenses. We wore the same style of glasses for years, because it was too expensive to buy new ones.

The birth control pill was not invented and most families had too many kids. Parents had no time to spend with their children because they were too busy earning enough to put food on the table. We had no ultrasounds or delivery theaters. Birth defects were impossible to detect and many women died in childbirth. Many babies dies or lived on with severe defects and very low quality of life.

We did not have Barbie dolls, Frisbees or roller blades. We would listen to music on the radio and were limited to one station because the FM Radio was not invented yet. If you did not like the radio show, tough! We had no tape cassettes, CD’s, iPods or iTunes.

There were no credit cards, laser beams or ball-point pens. It took my mother hours to brush my hair because we did not have hair conditioners.

We had no air conditioning so school as cancelled during heat waves and snow storms. We did not have dishwashers and fought endlessly about whose turn it was to wash the dishes. On rainy days, we used to hang our clothes to dry on a line in the living room. We would stand for hours on end to iron our clothes dry because we did not have clothes dryers. I was born before man walked on the moon.

If I wanted to say something to my grandmother, I wrote her a letter by hand. Only rich people had a typewriter, and even that was a challenge to use. My grandmother would reply about 3-6 month later.

Your grandfather and I got married first, and then lived together. Everyone thought marriage was for a lifetime, even if it turned out really bad. Every family had a father and a mother and if someone had fertility issues, they just could not have kids. We did not have medication, special blood test or IVF.

I was born before gay-right so people who were gay had to live a lie, pretending they were heterosexual.

If we chose a career at university, we had to stick with it forever, even if we decided we did not like it anymore. Jobs were for life, even if we hated them. There were no online-dating sites in my time. We depended on our families and close friends to introduce us to new people. There were no day care centers. Women stayed at home until their children were big enough for school. No one ever moved too far away from their parents. Life was just too hard for that.

We were constantly searching for ways to make cooking fast, but that did not necessarily mean it was bad or unhealthy.

Most of us had never seen a real airplane before. Our dream holiday was sharing time with our extended family.

If a guy had an earring, he was a pirate. No one had a tattoo and not every person had a watch.

People did not have phones at home and we had to walk to the closest pay phone. There were no barcodes and the cashier at the local food shop used to calculate the prices on a piece of paper. If we made a mistake in an essay we had to start all over again. There was no such thing as white out or correction tape. We mostly used pencil and our ‘sharpener’ was a Stanley knife.

We blew our noses with a handkerchief, which we had to wash every day. Our house smelled of dirty diapers and there were no such things as baby wipes. We toilet trained our babies long before they were ready for it.

Plastic surgery was a distant dream. We had to love ourselves the way we were. 3D movies were a figment of someone’s imagination. If we were depressed, that was just too bad because no one knew how to fix it.

Men went out to work and women stayed at home to raise the kids, whether they liked it or not. There were no such things as timers and cooking was a full time job.

We drove cars with no seat belts and many people died. We took the bus everywhere and everyone waited hours for it to come.

At election time we picked the same party as our parents did. We believed what we were told in the paper or on the radio because we had no way of judging for ourselves. Everything took longer and the progress was slower.

I am happy to be living today. Things have changed since my time and many things are different. I am glad to see how many more choices you have. This new generation is spending more energy on progress and development. I was born before many inventions and I appreciate the ease they bring. I know how hard it is without them and I am glad to have them now.

I hope 50 years from now, when you have this conversation with your grandchild, you will find out how much progress has been made and you will appreciate it, much like I do” 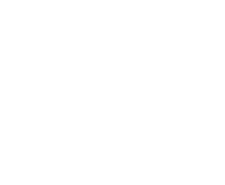 This grandmother is only 65 years old. She was born in 1948. Yes, she is old. At the very least, older than her grandson. But that does not mean she has to be old fashioned and close minded.