In my work with parents and teens, I here many times the phrase “Teens today aren’t like we used to be”.

I remember this from a friend of mine from high school and his dad when we were 18. Every time when we came to visit my friend, his dad gave us the spiel about how motivated, well mannered, hard working and respectful his generation was and how horrible, suffering from peer pressure, disrespectful and lazy we were.

I remember asking him one day if his parents did not say the same thing about him when he was 18.

In my Parenting workshops, parents think of their teen as self-absorbed and demanding. They tell themselves stories about how their kids compare to their young selves to strengthen that belief. A recent study, published in the February issue of Psychological Science, describes this belief as a complete misconception.

Surprise, surprise! Kids today are no more narcissistic than their parents were during their teen years.

According to the study’s lead author, Western psychology professor Kali Trzesniewski, young adults are no more narcissistic than previous generations.

In the study, which was started in the 1970s and stretched over 30 years, students’ psychological tests were analysed. The conclusion was that the youth narcissism has not change at all. The age difference is the cause of the generation gap. 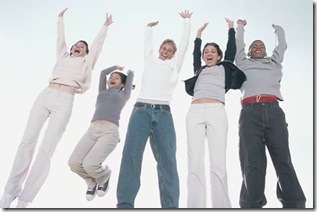 Bertram Gawronski, Western psychology professor and Canada Research Chair of social psychology said, “One of the major sources of conflict between generations is once you become a grown-up, you quickly forget what you were like when you were young.”

According to Gawronski, self-centred behaviour is just a normal development stage that happens to occur in adolescence.

This gap between grown ups and their teens is an old gap that reinforces itself in each step of the relationship. As the parents grow and change their perception, the gap increases.

In her research, Trzesniewski noted that she did find some differences between generations. The superiority that was recorded 30 years ago disappeared and the generation today is more self-sufficient and has better leadership skills.

While some consider narcissism as a negative trait, Trzesniewski says it is necessary in some leadership roles.

If you think your teen kid is only thinking of himself, think again. You may only think like that because you have problems with your memory…