As with the other posts in this series, the points below show that in life, there is no gain without a loss and no loss without a gain. Life is just wonderful that way.

Some of the points were inspired by Blink: The Power of Thinking Without Thinking, a highly recommended book Ronit and I have been reading and discussing lately. Other points were just inspired by life. 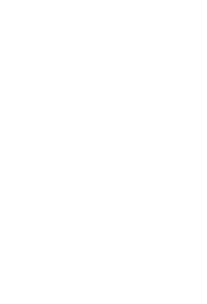 I like to watch TV series and movies about police investigations. Maybe it is because I like how they figure things out and I want to believe there are good, capable people out there protecting us.

In many of these films and shows, there are many guns and a lot of shooting, and more often than not, the bad guys have a much better arsenal. In the end, the rogue cop with the pistol outsmarts them and saves the day with just a few well-aimed shots and we all have a big satisfied smile on our faces.

Life is a little bit different.

The people who are in biggest danger in Israel are weapon-carrying soldiers. They are the ones getting killed and hurt and it is mostly for their weapons. Some terrorists ignore other defenseless people and target soldiers with guns. In fact, many of the soldiers who are killed on the roads are shot with their own weapon. Basically, in a war-ridden area like Israel, it is safer not to carry a gun.

In England, police officers carry batons and whistles. Their main weapons while fighting crime are their wits and their authority. The rate of crime involving shooting in England is much lower than in the USA, where there is an arms competition between the criminals and the police. In fact, the rate of “firearms offenses” is dropping dramatically in England and Wales due to this approach.

So theoretically, if we give more guns to the good guys, they will be able to keep themselves alive and protect us better. In reality, the criminals always have more and better guns, because they feel the same way about protecting themselves.

The solution, however counter-intuitive, is to have no guns. Go figure.

I’m gonna get you!

Say you have something of value and another person damages it. Your first instinct, most likely, is to chase that person and give them a decent flogging.

Unfortunately, when you do that, your brain switches to emotional override mode. You are carried away by your rage, which seems to be valid by virtue of the injustice just caused you, so you stop at nothing. You see only one thing in front of you – the horrible, faceless creature that has caused you harm. You feel no pain, no fatigue and no sympathy, only righteous anger. You chase and chase and then you catch and hurt (physically or verbally, it does not matter). 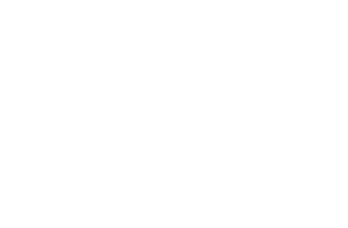 When it is all over, you wake up from your daze and find the ruins, the other people that got hurt in the process and the overly harsh punishment you have just inflicted on another human being who may have just made a mistake.

It seems that same thing happens to the police. When psychologists interviewed officers after various car chases, they heard the same story over and over again – “I had this adrenaline rush”, “I have no idea how fast I was going”, “I could see the suspect clearly, but I don’t know what else happened (What red light? What pedestrian? What truck?)”

After stopping the hapless offender, police officers made serious judgment errors, ignored proper protocol and even killed or seriously hurt suspects when they were already following their instructions. Some police departments have decided to forbid their officers from giving chase after realizing the extent of damage they were causing.

Again, in this strange world of ours, letting someone get away is sometimes a better choice. With a clear mind, we may reassess the damage and shrug it away or we may find a way to get even. Either way will be better than a chase.

Explaining away our reasons

In a research, supermarket shoppers were given a variety of jams to taste. They had no problem listing their favorites. When compared to a taste-test done with food experts, the results were pretty much the same.

The researchers then asked the experts to explain their choice of jams and got back a list of factors, which they gave to some more shoppers to guide their jam ranking process. The shoppers changed their choices drastically, placing the previous winner near the bottom of the list.

In a dating research, psychologists compared what people specified as their preferred qualities in a partner to the qualities of the ones they felt good about after a brief speed-dating event. Not only was there little correlation between these selections, they were sometimes the exact opposite.

What seems to happen to us is that we make many choices using criteria we are not aware of. When asked to explain our choices or to plan for the best selection, we can only come up with certain things, which often have nothing to do with our ultimate choice.

If you have ever tried to teach something you understand well and gotten stuck, you know how difficult it is. Somehow, many things become clearer when we practice them (playing an instrument, karate, dancing, etc), but there are no words involved and no definitions. Matching those skills with a good description can be surprisingly tough, even when we have mastered the skills.

So next time someone asks you, “Why do you feel this way?” it is OK to answer, “I don’t know. I just do”, because If you try to explain, your reasons may change.

The breach (in the wall) invites the thief 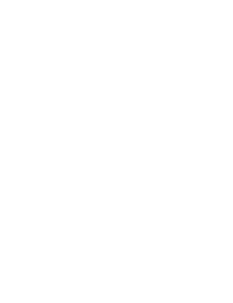 This is an old Jewish proverb, advising folks to keep their houses in good repair so as not to tempt passing thieves with the view of what is inside. Sure seems like a good idea, right?

Well, many of us in modern Western society have taken this advice and sealed themselves tightly in – they have built taller and stronger fences, planted trees that block the view, reinforced their doors and installed alarm systems for good measure. They are not sure how many thieves live in their neighborhood. They do it just in case there are any.

In the meantime, friends who come to visit them press a button, wait outside for a while, get looked over through a camera or interrogated through an intercom system, open the door for themselves when they hear a loud and unpleasant buzz and walk themselves in.

Those who are not invited, missionaries and new neighbors alike, are treated with suspicion. Who are you? What do you want?

While on the street, without the protection of solid walls, like has become dangerous. We try to hide our possessions, keep all our valuables where we can feel them and watch everyone carefully. Who knows? They may be thieves…

Our 15-year-old son Tsoof is doing an assignment on public art. He chose to focus on social media, particularly on the effects of digital social interaction on relationships and friendships. We have had some wonderful discussions at home on this subject, which yielded the following topsy-turvy distinctions.

On the other hand:

Like I said, it is a weird world out there, full of tradeoffs wherever we go.

Have a wonderful day,
Gal