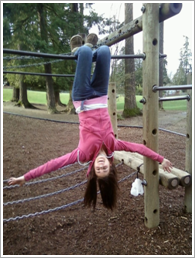 The expression “topsy turvy” literally means “toppled top” or “upside down” and is typically used to describe a situation that is the opposite of what it should be. Today, I am going to describe some situations in which the world seems to operate contrary to how it “should”, but if we adapt the way we think, we can actually use this to our advantage.

Relax and things will pick up

Most people believe that when things are tough, more pressure is the answer. So they spend more time “on the job”, worry when they are not making progress and drain their physical resources by not getting enough nutrition, water and sleep.

Unfortunately, this typically only aggravates the situation, because memory and creativity are blocked in the brain by stress. When we are stressed, it is like a car being stuck in first gear with the pedal to the metal. The noise is horrible, the amount of energy spent is enormous, we get the most power, but we move only forward and only slowly.

Oddly enough, spending some time relaxing, reflecting and replenishing our energy often opens us up to new possibilities that have been blocked by the blinding pressure. We take a fresh and flexible view of our situation and find a way through.

Spend time on exercise and you will live longer 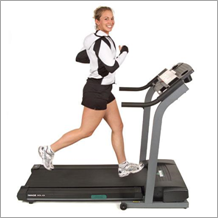 Also related to our notion of time is trading an active lifestyle for one in which we “accomplish more”. We spend lots of time sitting down, we use electronic means to communicate instead of going to meetings and we vege out in front of the TV after work (to keep informed, of course) instead of taking a walk in the park.

Alas, while we are busy “accomplishing” all these things, our body gradually deteriorates, which means not only that our life grows shorter than it could be, but also that our time becomes less and less productive and more and more costly as we age.

Oddly enough, research has shown many times and in many ways that exercise improves bodily functions, even those not involved in the exercise, promotes good health and extends the quality and duration of life. Although it is not true that the more you work out the longer or better you live, it IS true that spending 30-45 minutes a few times a week on physical exercise will produce massive benefits to your performance and longevity.

How weird is that?

Give and you shall receive 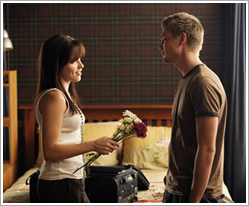 Yes, this IS a cliché, but it is also very true for two reasons: how giving makes us feel and how we are connected to other people.

When we feel we have little and focus on having as much as possible for ourselves, our mind sees only lack, only what is missing. This is a difficult feeling to have for a long time, which is why Scrooge became so famous. Keeping, hoarding and desiring only cause grief.

On the other hand, giving is associated with opening our heart and being kind, so as soon as we give another person of our time, money or resources, we feel great about ourselves, even though from a financial point of view, we know precisely what we are sacrificing.

As if this is not enough, the people in our life are like mirrors. When we take, receive and keep, they will do the same and stop giving us, which means we will have less. If you have ever gone to a networking event to look for sales, you will know what I mean.

But when we give to other people, the most mysterious and wonderful things happens: they go out of their way to give back to us and more. If you have ever done something special for a friend and received something bigger in return, you will know what I mean.

Admittedly, this can be annoying. When you need the most for yourself, people will turn away and seem to want the same things for themselves. In order to get what you want, you first have to give it. However, it gives us a great key to unlock our feelings of misery and lack.

Ask a person about themselves and they will ask about you 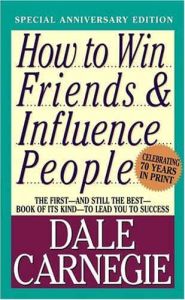 One particular area of giving and receiving is attention. Dale Carnegie described in his book How to Win Friends and Influence People how he went to an event and spent the whole time listening to a woman, who turned to him in the end and told him he had been the most interesting person she had ever met.

Since reading the book, I have tried this many times. I make it a point to ask questions about the people I meet and listen to their stories. What invariably happens is that they gradually develop a sort of social debt and often state it too, saying “I’ve told you about me, now how about you?”

Starting a conversation by talking about myself is typically not as successful. People’s eyes glaze over, they start looking sideways and appear fidgety. Our dinner table is an excellent example of how this happens and that is why I usually prompt family members for their daily adventure report in ascending order of age. After all, the more mature you are, the longer you can wait, right?

To a certain extent, this makes blogging and the various forms of social bookmarking very understandable. Right now, I can express myself without having to wait for anyone to finish, which makes you a fabulous person in my mind – patient, attentive, and obviously highly intelligent and with a good taste in content…

In short, giving to receive works well in human communication. As The Borg say, “Resistance is futile”, so it’s better to assimilate – ask, listen and you will be heard (later).

Praise your kids and they will do better 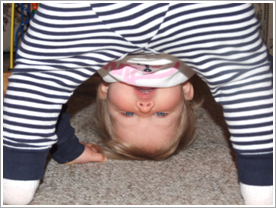 Being a blog about parenting, I could not just leave the kids with nothing, now could I?

Parents’ typical view of praise is that it must be earned. They say, “I’ll praise him when I see a good report card at the end of the term with my own eyes” or “I’ll tell her she’s a good girl when she stops acting like that”. The result of this is that kids have to work harder and harder to get praise and that besides putting in the effort to achieve, they get little encouragement along the way to sustain their effort.

A wise man once coined the phrase “Give them big shoes to fill”, which suggests using praise in the opposite order.

When you tell your son you have full confidence he is going to do well at school, your expectation is still transferred to him, but it is accompanied by a good measure of confidence in his abilities and the feeling that your help is at hand, should he need it.

When you tell your daughter she is a nice, lovely, pleasant girl and you can see something is troubling her or she would not be acting that way, your judgment of her behavior is still obvious, but it is clearly separated from your assessment of her as a person. The two of you can then work together to get her out of her misery, of which the behavior is only a symptom, and your relationship can grow stronger.

Like I said, we live in a topsy turvy world. Or maybe our beliefs about the world are upside down and the world is right?