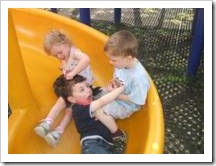 Last week, When Gal wrote about the dark side of Quid Pro Quo, it made me think immediately of solutions to that effect.

You see, much like in Gal’s example of fighting with your husband, wife, kids, your own parents or just anybody else, life is full of little personal wars – you do something I think is hurtful, I do something to hurt you back.

Wars have become part of our life. I think that as we grow up, we shift from “living” to “surviving”. If we do not fight someone else, we fight ourselves, our desires and dreams, using norms and external rules of behavior.

The wars with others are loud and produce feelings of revenge and anger. The war inside echoes in our mind and produces regrets and low self esteem. But in wars, there are no winners, only those who lose more and those who lose less.

This reminds me of the story of the line. I think this story speaks for itself. Enjoy!

The story of the line

One day, a Math professor walked into his class for a lecture. As he entered, he saw his students fighting with one another. They were yelling and using personal insults, while looking angry and bitter.

The professor went to the board, quietly drew a 1m line on it and asked his students to suggest ways to shorten the line.

Most of the students suggested erasing parts of the line. Some offered to chop the head of it, others the bottom and one even suggested to break it the middle.

But then the professor said, “I am looking for a way to shorten the line without touching it“. 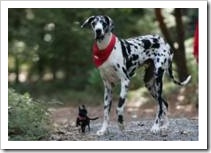 The students were confused. They stared at the line and thought about possible solution. It was not an easy challenge and they could not find the answer for a while.

When they had given up, the professor went to the board again and drew another line, a little longer than the first, next to the first line. Then, he turned to the students and said:

“To make someone else smaller, you do not need to hurt them, chop their head of, clip their bottom or break them. All you need to do is make yourself bigger”.

Is it possible to live without wars?

Let’s raise kids who do not need to fight wars by growing bigger. Let’s show them how through our own example!

In a family, the parents are like the government of a country. Not only do they make the decisions, but they also need to show the way through their actions, because everybody else (that is "the kids") is watching them all the time. In the movie Ali G Indahouse, Ali…