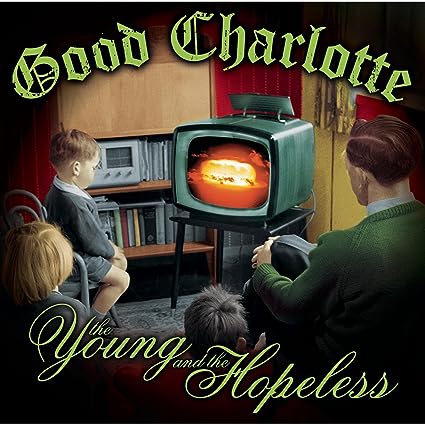 Our highly commercialized world pumps us with the idea that being rich and famous is a good thing. Even things “mere mortals” find difficult to deal with, like going on a diet or breaking up with a partner, are leveraged to create more fame and more fortune for the celebrities. Scandals are just useful ways to sell the next movie or the new album. So useful, in fact, that some of them are manufactured.

In their song Lifestyle of the Rich and the Famous, Good Charlotte sing about how celebrities complain all the time and say their life is hard, even though they have money, mansions and other things money can buy. By contrasting fame and fortune with living on the streets, this song reflects general public sentiment very well.

But it is not true.

If you have been anywhere near a TV set in the past few weeks, read any newspaper or even glanced at a magazine at the checkout line, you have seen them – Prince William and Kate Middleton. Their lives and upcoming wedding were covered from every angle and then, their wedding was covered in even more detail. Anyone who had anything to do with them at any time was interviewed ad nauseam and every bit was replayed over and over again.

We generally watch little television, but I happened to catch one of the programs on “Will and Kate”, in which Prince William’s life in college was covered, including a trip to Chile, where he roughed it out as a volunteer. There was footage of him first thing in the morning, barely awake, cooking porridge for everyone and narrating the whole thing, including the horrible taste of the porridge.

It clearly stood out from the program that Prince William was comfortable being famous and treated the film crew with respect. He was polite and composed and had a shy smile on his face most of the time.

When the program continued, someone from the media commented on how Kate started out being nice to journalists, but had grown impatient with them in the previous few weeks. That comment did not surprise me somehow. I had seen similar reports about many people who were new to celebrity.

I started to think that the main difference between Prince William and Kate is that Prince William was born a mega celebrity and simply grew into the role, whereas for Kate, being the subject of such a media frenzy was a new thing. I believe Kate was overwhelmed by what she was losing when she became a celebrity, while Prince William took it easy, because he had never had it and had lost nothing.

You see, when we sit in our humble home, surrounded by our family, after a day of normal work and school, we wish for the things we do not have, but we forget that everything has a price. We imagine the glamour, the glitz and the freedom afforded to those who have lots of money of fame, and we choose to ignore and downplay the things that go with them, such as super-high pressure, massive temptations and brutal invasion of privacy.

Being happy is not directly linked to the amount of money you have or to the number of people who recognize your face. Being happy is linked strongly to how kind you are to yourself and others (within your means) and how much people really care about you.

Money and fame can be vehicle to happiness. When used well, they can magnify everything you do. But in the incessant pursuit of money and fame, most people forget that they are only means and not the goal.

The real goal is happiness. It is everyone’s real goal.

Ronit and I have been to many seminars on wealth creation, where we heard that in order to have a lot of money, you must love money. You must get excited by the thought of having piles and piles of it. And we were sitting there, thinking, “But we don’t want money. We want to be happy. Money is just a magnifier of who we are and if we are money chasers, having money will just help us chase more money faster”.

Would you rather have lots of money or a loving family?

Would you rather have a highly paid job, the industry’s respect and long working hours or enough time to watch your kids grow and become wonderful people under your care and influence?

Would you rather come home to impeccable order and shiny new things or to a warm and lived-in place, where every item carries memories of precious events and people?

Would you rather eat lavishly with your boy- or girl-du-jour in the most expensive places to the sound of camera clicks and whispers of people who feel fortunate to be in your presence or have a quiet, romantic dinner with your childhood sweetheart at an affordable restaurant and whisper naughty things to each other because there is nobody hiding under your table with a recorder?

Would you rather live with people who want what you have and will do pretty much anything to get it or with people you can trust, who will drop everything and come to your aid when you need them?

Would you rather measure your self-worth by the amount of money they have, how often you are mentioned in the papers and the number of “friends” you have online or by the strength of your character and the happiness around you?

Ultimately, it is your choice. And you are making it every day. And what you say matters very little, because what you do always speaks louder.

As a parent, your kids will do what Prince William did. They will adapt.

They will notice your daily actions and your daily choices and believe them to be the best anyone can make. They will decide that if they want to be like Mommy and Daddy, they had better do the same. And they will start to put that into action right away, no matter what you say to them. Because what you do always speaks louder.

To really drive home the message that happiness is more important than anything else is, you must live this choice every day as a person and a parent. Your career, your home, your car, your habits and your behavior must reflect that choice.

Look around you slowly and deliberately and pay attention to the things that make you happy – familiar things that make you feel safe, toys and tools linked to pleasant memories and furniture that gives you a sense of belonging. Imagine the people in your life – your partner, your kids, your parents and your friends – and think of all the things they do for you – the smiles, the touches, the little services, the thoughtful presents, the special cards, the acceptance, the understanding, the support…

Are you smiling yet?

You just cannot buy these things with money or fame, can you?

Have a beautiful day,
Gal