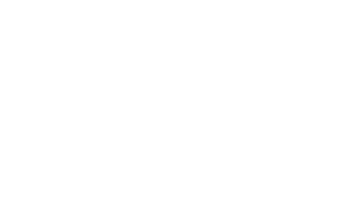 Things were a little hectic towards the end of 2010, but after a bit of a hiatus, I am back to my posts, brimming with ideas to share with you. With the start of 2011, many deep and meaningful topics have cropped up in family conversation. One of them is Direction.

My brother Tsoof is going into his final year of high school this year and needs to pick a direction for next year. This is a tough topic and often times when we cannot seem to choose, we do nothing. A friend of mine is also experiencing something similar and even I have a story of my own, so I want to share these with you. This is something that has taken me a little while to grasp and now, the knowledge has served me well. Maybe you will glean some insight and be able to pass it on to your kids too.

If there is one thing I used to worry about often, it was making the wrong decision. As you may know from previous posts, there is no such thing as a wrong decision. At any given time, we make the best choice available to us. It is only in hindsight that we can say whether the decision was right or wrong, good or bad. More importantly, indecision is often what holds us back, because not deciding is the same as choosing to keep things as they are.

So what we need to do is to “just keep swimming” (just like Dory told Marlin when he was looking for Nemo). We need to make a decision and follow wherever the path may lead us. Along the way, we can adjust, alter, shift, and change, but doing nothing can be worse than picking the “wrong” path.

There is a perfect quote about this:

When one door closes, another opens, but we often look so long and so regretfully upon the closed door that we do not see the one which has opened for us
– Alexander Graham Bell 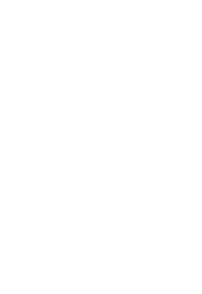 Let’s start with the story of my friend Susan. Susan was an exceptionally bright student in high school and graduated with very high grades. As is normal in our neck of the woods, she went straight into university and chose a course that she was good at but did not necessarily like. About half way through the course, she failed some subjects. She was pretty upset and decided to change her course of studies.

Susan went to other faculties at the university and inquired about other courses. So far, so good. Once she had looked at all of the courses that took her fancy, she decided to take some time to look through the information before she made her decision. So she took a couple of weeks. The due date arrived for applications, but she continued to think and consider. The due date for late applications arrived, but she still continued to think. Finally, the deadline for penalized late applications arrived and she still did not apply.

So she decided to do nothing. She increased her hours at her casual retail job and decided to wait for the applications for next semester. When that date arrived, she … continued to think … and think … and think. And that date passed too, but still, she thinks! So now, she works casually, and thinks, and waits.

But what if she had picked something else? Anything! At least, it would have gotten her up and moving. Along the way, she might have discovered she liked mathematics, or art, or engineering. Or she might have discovered she did not like modern art, but she LOVED classical art. All she needed to do was to pick a direction and get moving. Along the way, she would have been free to change her mind. But while she sits at home and waits, nothing in her environment changes. She will continue to ponder, but no new ideas will come.

Let’s move on to a slightly brighter story.

I graduated high school with good grades too and at quite a young age. At the time, I could not get into university straight away and I had to wait a while. So I decided to do … nothing.

And do you know where that got me?

So about two years into my doing nothing and getting nowhere, my grandmother passed away. I took this rather hard, but my clever mom decided it was time for me to “just keep swimming”, to put one foot in front of the other and get my little behind in motion. She handed me a pamphlet for TAFE (vocational college) and said, “Eden, sign up to do a Diploma in Event Management. You will be good at it and you will like it. Maybe it will open some doors”.

I was a bit late, enrolments had already closed and classes had started two days before, but I thought, “Why not?” So I signed up (of course, this conversation was a little longer and slightly more emotional, but you get the picture).

I have to admit, I did not love the course. I knew most of the stuff intuitively and after some very stimulating high school subjects, the material was mediocre at best. But, just that one decision really got me going. I made friends, I volunteered at a few places, I went to various events and once again, I got good grades. And from there, the possibilities were endless.

After I got my diploma, I started working for a festival and doing the things I had learned in the event management course.

But I also decided to change my path later. I decided to move on from event management and try my hand at my life-long dream of becoming a psychologist. My path allowed me to see what I loved and what I was good at.

And now that I am a university student, I can refine my choices even more. I have decided that not only do I love psychology, but that my field is going to be Social Psychology.

See? All you have to do is “just keep swimming”. Make a choice and keep moving.

Now, for the best story of all. 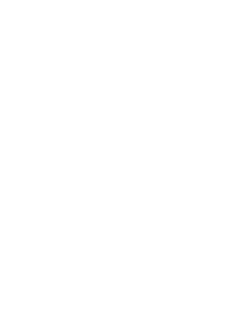 My amazingly talented “little” brother Tsoof (he is way taller than I am already) has been doing a whole lot of different things relating to music for over 10 years. He sings, dances, composes original music and plays percussion and guitar. You name it, he does it. He goes to an amazing school that allows him to do (almost) all the things he loves at the same time.

But next year, Tsoof will be going to university and he will not be able to do all the things he is doing now. His choices were percussion, composition and performance. Well, we went down to the university to ask what he could do in order to keep doing all the things he wanted to do, but, whaddayaknow, he cannot do them all. He has to pick one. So he deliberated, and thought, and pondered, until finally, we sat down to have a conversation. And what did we tell him?

Whatever he picks, it will be “right”, because it will get him moving. If he decides to start with composition, he may love it and decide that is it for him. That he doesn’t want to study any more. Or he may finish that and decide to play/study percussion for a while. It is all good. Any option is better than doing nothing.

I was reading a book, in which the author told a story about a company he had reviewed. The employees were given the option to choose any one of 20 retirement (superannuation/401K) funds. The employees were so confused by the large number of options before them that they did … you guessed it … nothing. And they missed out on LOADS of money. Had they picked one of the funds, even if they put them all in a hat and drew a random one out, they would have made heaps more money than by doing nothing.

Moral of the story: any direction is better than no direction at all. 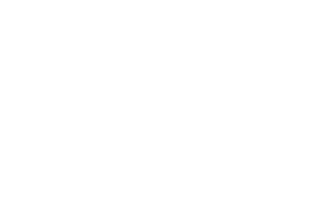 [I would just like to make a note here: sometimes, people do pick what we would all consider a “wrong” direction. Kids might decide to join a gang, a drug ring or a violent group. By no stretch of the imagination is this what I mean when I say “any”. I am talking about finding the things that give us an inkling they may interest us, and then giving them a chance to lead us to something great.]

The point of all this is that it does not matter if you do not know where you are going. Just keep going in SOME direction, because then, opportunities and ideas will present themselves as you go along, whereas if you stay standing in one place, nothing around you will change and you will just get stuck.

This is something that I struggled with for a little while. I am very fortunate to have been told this information at one point and it has been valuable to me. Keeping this in mind is one of the things that has really propelled me forward in the last couple of years. So share it with your kids or teens or even young adult children. You are most welcome to use the information yourself as well. I promise you will reap rewards.