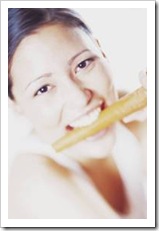 If you think about it, from the day you are born, everyone around you tells you what is right and what is wrong. In previous generations, parents used “the carrot and the stick” to teach kids about right and wrong. Anger and punishment were the stick and smiles and rewards were the carrots.

Some parents, following the example of their own parents, even used real sticks, belts and denying of physical touch as punishment, while using physical gestures like a hug and a kiss to say, “You’ve made me proud”.

Unfortunately, growing up within “carrot and stick” systems at home, school and work, people form irrational rule of living #4, which states:

People should always do the right thing. When they behave obnoxiously, unfairly or selfishly, they must be blamed and punished

I guess the difficulty in living with such a rule is assuming there is such a thing as “the right thing” or believing there is a “right way” of doing things, making all other options “wrong”.

Whenever I talk to people about right and wrong, I say to them that the difference between right and wrong can only be foretold by those who can read the future.

What is the difference between courage and recklessness?

What is the difference between persistence and stubbornness?

What is the difference between being careful and being a coward?

The difference between them is the outcome!

If you climb Mount Everest and come back down alive, you are courageous, but if you fail and die on your way, you are reckless.

If you come up with a working light bulb after 1499 attempts, you are the master of persistence, but until then you are stubborn and you just do not know when to give up. 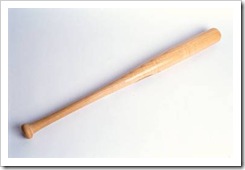 People can never be sure they are doing the right thing, because they are not fortunetellers. They estimate everything they do is the best they can do at the time. I do not know anyone who, when making a choice, says, “Here are my options, let will pick the worst one”…

Believing there is a right way of doing thing is characteristic of a perfectionist. Read about irrational rule of living #2 about self worth to find out what perfectionism will do to your self worth.

Carrots are better than sticks

Many parents think this is a valid claim and use punishment as a motivator. These parents raise children who also think that punishment and blame are the right way to live.

However, punishment is external and creates fear. It makes people spend their life running away from things they are not happy about, hiding any evidence, stressing about being found out and avoiding action, instead of going towards something we want in life.

What can you do to teach your kids a more rational rule to live by?

Life without this rule is much simpler.

Join me tomorrow in the 5th irrational rule of living – my way or the highway.

This post is part of the series Irrational Rules of Living: