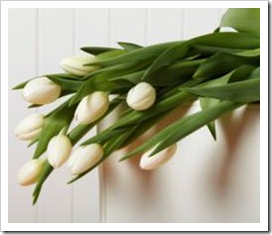 Caring about others is a great quality and requires a high emotional intelligence. Being able to get out of ourselves and see things from a different point of view is a useful ability and can probably help us communicate and relate better to others. However…

Babies consider themselves the center of the universe. They believe the world is there to fulfill their needs and it is not easy for them to hear “no” or “wait” and realize that they are important, but not always the most important.

It takes babies a huge developmental leap to start considering others. Depending on the house they live in and how many siblings they have, they will gradually learn to consider others. Unfortunately, there are people who take this consideration to the extreme and come up with the irrational rule about sympathy, which states:

You see, being considerate to others and adopting their feelings are two different things. It all depends on what definition of “sympathy” you have read in the dictionary.

“Mutual understanding or affection arising from this relationship or affinity”

This definition, I believe, is a healthy definition to have. When people understand and relate to others and their feelings, it puts them in the position of caring and being able to help and support. However, the other definition is a bit more challenging.

If you compare the two, you will find that one of them is about understanding and the other one is about adopting another’s feelings.

Kids with a high sense of social justice

Some kids grow up with a high sense of social justice. Those kids defend the weak and the sick. They bring home stray cats and say they were hungry or fight to let the dog in because it was cold outside. When they get into a conflict in class, it is often because they were defending someone else. They get into trouble with authority when protesting against injustice towards the weak. Those kids are very likely to adopt the irrational rule of unhealthy sympathy.

Well, you are probably wondering how I can say something like this about wonderful, caring children. What can be wrong with their attitude? 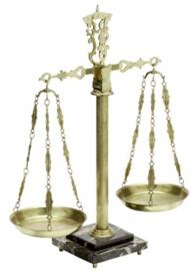 Caring for animals and fighting on the street for kids who were picked on were major parts of my childhood. I lived in a neighborhood where kids spend most of their afternoons on the street and our parents did not get into our business. It was easier in those days – my parents did not mind me bringing stray animals home and everyone in the neighborhood had a small zoo at home. Fighting each other was part of life and, because most of the fighting happened between us kids (without adult intervention), we managed it very well.

In high school, it was a bit harder. This time, my conflicts were with teachers who picked on the weak. The first costly attempt to defend someone happened in Grade 9. I moved to a new city in that year and had only one good friend in class. Our Literature teacher, an old man, entered the class and picked on one of the girls in class. At that school, girls could wear nail polish in any color they wanted. Most of the girls used a clear or light shell color that was not very obvious, but Nitza, who was 15 years old and hung around the older kids, used a light pink color on very long (and beautiful) nails. I, myself, never used nail polish to class, but felt so bad when the teacher went to her and said, “No wonder you can’t concentrate in class with these long pink nails?” Nitza, who was not a very good student, felt very bad, lowered her head and said nothing at all. Her eyes sparkled and she was holding herself back from crying.

Taking Nitza’s bad feeling on myself, I immediately said, “She is allowed to wear any color she wants. Anyway, what does this have to do with concentrating in class?”

Our teacher looked at me very unhappily and said, “We can only have one teacher in this class, which means you need to leave”.

“Me? Leave the class?” I asked, surprised. I swear to you I did not understand why.

And the teacher continued, “If you don’t leave the class, I will!”

Believing I was rightly defending the weak against the rude teacher, I said to him, “You can leave if that’s what you want” and he left.

For about two years, I paid for this incident. On the first day of Grade 10 (by which time Nitza had left the school), the Literature teacher entered my class, came straight to me and said, “So, how is our queen of justice doing?”

From that moment on, no matter how hard I worked, he gave me 50% on all my assignments (equivalent to an “F”). Can you imagine me, the lover of stories and books, the aspiring journalist and author, getting an “F” in Literature? It was painful. 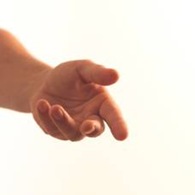 Someone who could understand the difference between healthy and unhealthy sympathy, would know that taking on Nitza’s feelings and getting into this conflict was not wise. Instead, I could understand her feeling and go to her after class and say, “It wasn’t nice of the teacher to say that. I think you can wear any color you want”.

By the way, this inability to distinguish between caring and taking on others’ feeling was a main challenge for me for years later. At one stage, I was at risk of being kicked out of my teachers’ college for representing my class regarding some injustice that was done to them.

Regrettably, I learned to change my rules the hard way. I believe I am more helpful to others when I do not carry the burden of their feelings on my shoulders. I can understand, I can care and I can sympathize from a calm and collected point of view.

As a parent, you have the role of making sure your kids, who may have a strong sense of justice, understand the difference between healthy and unhealthy sympathy. If this sympathy is going to cost them and limit their ability to help others, it is not good for them.

Here is a famous song about sympathy, as sung by the Rare Birds. When you listen to it, remember the better meaning of “sympathy” is “Mutual understanding or affection arising from this relationship or affinity”.

Join me tomorrow for the last irrational rule of living – Discomfort and pain.

This post is part of the series Irrational Rules of Living: