One day, I got a phone call from a mother, who was interested in our child coaching. I talked to her for a while to get a good understanding of her situation. During this conversation, we talked about things that were application to many parent-child situations, which I have since repeated with many parents, so here it is for everyone’s benefit.

Margaret: I have a problem with my teenage son, Jeff. He is 13 years old and I have completely lost control of him.

Gal: How do you mean?

Margaret: Well, before we moved to Brisbane, Jeff was very well behaved and always looked after his younger brother, Joey. But lately, he’s been badgering his brother and causing him to scream with frustration.

Gal: What else has been happening?

Margaret: When we moved to Brisbane, Jeff started going to a new school, where he seems to have joined a group of kids who are up to no good. They vandalize things, they cut classes and verbally abuse other children. One day, he almost got caught by the police, although he said he hadn’t done anything wrong.

Gal: How have you been handling this so far?

Margaret: I’ve tried many things, but nothing seems to work. I’ve talked to him many times and told him his behavior was inappropriate and that it would get him into trouble. I’ve tried getting his father to talk to him. I’ve raised my voice at him and punished him, but he just acts as if he doesn’t care and sometimes his next thing is even worse.

I feel like my wonderful son is closing himself off to me. 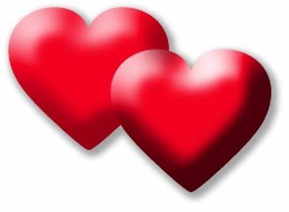 Gal: Margaret, when you raise your voice, what do you feel inside?

Margaret: I feel scared, out of control and helpless.

Gal: What do you feel towards Jeff? What are you really trying to say to him?

Margaret: I’m trying to tell him that he’s throwing his life away and that I want him to trust me and listen to me, because I want him to be happy.

Gal: Is this what you tell him?

Margaret: No. I tell him to get his act together, or else…

Gal: Who’s standards do you expect him to conform to?

Margaret: Mine, I guess, but he knows what I expect of him and he used to do it before.

Gal: What does he feel?

Margaret: I don’t know, because he won’t talk to me, but he’s probably confused and finding it hard to adjust to his new school environment, which is a lot stricter than he’s used to.

Margaret: No, he just shuts me out and the more I scold him, the more he takes it on his little brother.

Gal: OK, from what you have told me so far, it looks like you say words to your son in response to what he does and says. You also take action towards your son – you punish him. In return, Jeff responds to your words and your action by harsher words and harsher actions.

I think it may be best for you to stop listening to each other with your ears and start listening with your heart.

Gal: Well, you know what you really want to say to Jeff, but you say something different, right? You also have a pretty good guess as to what he is trying to communicate to you, yet you respond to what he does and says on the surface, instead of working with his feelings.

What I’m suggesting is that whatever he says, you stop and ask yourself, “What is he really trying to tell me?” Then, you state your understanding as a question to him, to confirm that you “got it”.

For example, he might say, “I’m not going to this stupid school anymore”. Instead of saying, “Oh, yes you are, young man”, you can say, “Are you having a hard time there?”

Gal: It’s important that Jeff feels safe to communicate his feelings, though. You need to assure him that you believe he is doing his best to cope, but something is stopping him, and that if he tells you how he truly feels, you will be there to listen to him and help him find a solution.

Margaret: I’ve blocked that pretty well with my punishments, haven’t I?

Gal: That’s OK. You were doing the best you could too. The main thing is that now you know where to aim your future communication – at the heart. Feel your love for him before you approach him and talk from that. Keep thinking, “This is my baby (and I don’t care how old he is) and I will do everything to protect him and to help him grow”.

[Sighs and sniffs on the other side of the line]

Margaret: Do you teach this kind of stuff? 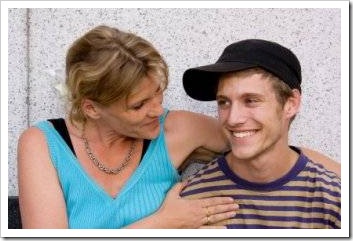 Gal: We sure do. We teach it to many people and they get up, change everything at home, and have a great relationship with their kids. This is what parent coaching is all about – giving parents the tools to coach their kids, to parent them with their eyes open and from a place of confidence, because they have tools that work.

Margaret accepted her responsibility for her son’s behavior and realized it would be best to get parent coaching than kids coaching. She and her husband received 3 parent coaching sessions, after which she wrote this:

[Our coaching was] simple, but quite powerful and hugely successful in a matter of days. Our son now talks and communicates with us. We are back to laughing and he is so much happier in himself, much more confident.

The drama and problems we had before are no longer an issue. The stress and strain has disappeared and everyone is happy.

We are [now] confident parents who feel in control. He now respects us. As long as we don’t tell him what to do, but cleverly make him think he’s making his own choices, we have a happy, easy-going teenager.

So feel the love for your kids and help them grow by communicating at the emotional level, straight to their heart. Share your successes here with us and help us inspire more people with your comments.

All the best,
Gal