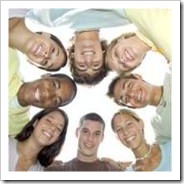 Two weeks ago, I had a session with Ben, one of my clients, who talked about his daughter misbehaving, throwing temper tantrums and being very disrespectful. I think what hit me was when he said, “You know, teens are just hormonal”.

I had heard the same statement from friends of mine about their own teens, both girls and boys, on a number of occasions.

And my answer is, “NO, I don’t know teens are ‘just hormonal’ at all”. Teens are not any more “hormonal” than their dad coming back from a long day at the corporate office or the building site, having dealt with stress and hard work. Teens are not any more “hormonal” than their mom having to take care of 3 young children in diapers, with the flu or in the back of the car on a long trip. Sure, teens go through hormonal changes, physical changes and mental changes, but this does not provide a good explanation for outrageous behavior.

I do not think this because my wonderful kids never go through any “hormonal” turmoil in the form of bad-mouthing, temper tantrums and disrespectful behavior. I say this because I was a hard kid myself before I was a teenager. A very hard kid. I was a troublemaker at school, a bad student and a temper-tantrum throwing screamer at home. Yet, by the time I went through my teenage hormonal changes, I had relaxed and never used swear words to talk to my parents, no longer threw temper tantrums and never acted disrespectfully.

So NO, I do not think hormones are a good way to explain bad behavior in teens. It is just not true.

If you are a parent of teens, keep reading, because this post is for you. 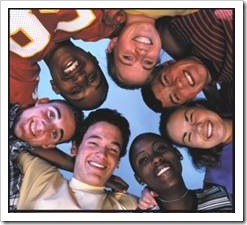 If you are a parent with younger kids, keep reading, because this post is for you too as a warning before you fall into the “hormonal teens” trap.

If you are not a parent and thinking of becoming a parent, keep reading, because this post will allow you to start clean.

Ben had a wonderful life. From the outside, it all looked great. He had a business, a loving wife, two kids and a fairy tale surrounding, but Ben worked very hard (like most people) to provide for his family and worked all day every day. He told me that when his son was 15, he bought Ben an EXIT sign for his home office to remind him to get out of his office sometimes.

One day, Ben traveled overseas for an event, met a woman and spent two weeks with her. When he came back, he realized what he had done and all his world (and his family’s world) collapsed. Both his teenage kids found out about their dad’s affair and Ben and his wife, who love each other very much, did their best to restore their relationship, but their daughter’s “hormonal” behavior makes life unbearable for both of them.

Now, I have a question for you.

If you have been paying attention so far, you have probably noticed that Ben and his wife have TWO teenage kids – a boy and a girl. So, if both of them are teens, how come one is hormonal and the other is not? If you have 2 teens, one behaving normally and the other behaving wildly, how can you say, “You know, teens are just hormonal”? 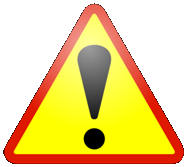 I think grownups made up this hormonal excuse to survive the changes their teens go through, which is hard for them to handle. They blame hormones and live a self-fulfilling prophecy, in which they get exactly what they expect!

Get rid of damaging beliefs about teens

One of the best tips I can give you to help you raise wonderful teens (without any hormonal malfunctions) is to get rid of the belief that teens are hormonal and that their undesirable behavior has to do with the natural changes they go through. It is a myth, a very dangerous myth, that will only get you in trouble.

Take responsibility for your part in raising your teens! Help them deal with their challenges head on, instead of blaming their hormones, especially when those challenges have something to do with you…

If you want to read about inspiring teens whose support structure helped them think highly of themselves, buy my book “Be Special, Be Yourself for Teenagers“.