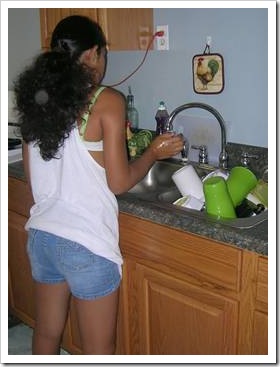 At my current job, I work with a lovely group of ladies, each at a different stage in life. Two of the ladies in the office this week were discussing how their teens seem to question their actions constantly – why they had to buy new boots, where they were going so late at night, etc.

Monica said she came home from a meeting in time to organize dinner for the family and then rush out again to another meeting. She told her girls that all they needed was to wash up afterwards. While she was on her way out, her eldest teen said, “Why do we have to do it? What have you been doing all day? You’re just going out to be with your friends”.

Of course, I have no children of my own just yet, but I have heard this before. Back in the day, it even came out of my own mouth once or twice…

Janet said her eldest was constantly questioning her actions too and that her standard reply was that she did not need to justify herself or her actions.

I beg to differ.

What I think my colleagues misunderstood that this is not criticism at all and they do not need to justify anything. All they have to do is answer the question. It is just their teens’ way of saying they were feeling left out of the action, because their mothers did not tell them where they were going and it was hard for them after having a full day themselves. They are curious to know what their mothers have been doing at work so that they can learn what is supposed to happen in life. Maybe someday it will happen to them.

Sure, it is annoying when you come home from a long day at work and your children say, “Why do I have to do the dishes? What have you been doing all day?” You feel tired and unappreciated and their comment now adds angry on top of all that. But remember that they are just telling you they have had a hard day too and they are curious to know what you have been doing. They do not really know what you have been doing at work or at home or wherever you have been. Their imagination can probably extend as far as you having the exact same day as they have had.

When I came home from a long day of school, I used to be pretty tired, so when I walked through the door and my mom asked me to make dinner or a salad, I said, “Why do I have to do it? What have you done all day?” 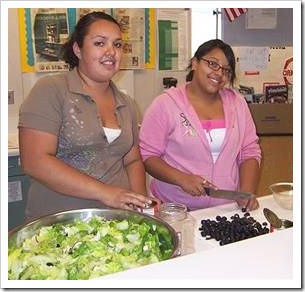 Instead of making a big deal out of it, my mom just told me about her day. She had not slept well, she had made breakfast, dropped the kids at school, had two clients back-to-back, her computer was still getting repaired, the printer was not working, she had three workshops in the coming week, one of the kids was sick and had to be picked up, another one had to be picked up at 4 and then I had to be picked up at 5, it was now 6 and she had 45 minutes to eat, because she has a client at 7.

By the second sentence, the salad was well underway, because she shared her day with me. I knew she had not just been letting me do all the hard work while she sipped margaritas by the pool.

So sometimes, us kids need reassurance that you have been working just as hard as we have been (harder, most likely). We want to know what you have been doing in your job so that when we grow up, we can be just like you.

So just answer the question. I promise this will help you come out on top every time and have the loveliest teens ever.