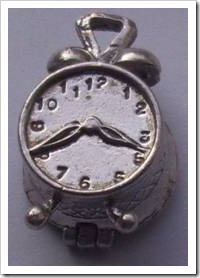 I am a very busy person. I plan every day ahead. I know exactly how long it takes me to get from one place to another and I know how much time I am going to spend in any one place – at work, at university, at home, with friends, at dinner and on the bus. It is not because I need to feel a sense of control (maybe just a tiny bit), but in order for me to be able to squeeze in all of the things I want to achieve in a day, I need to be well organized.

I love being with friends and can accommodate almost any arrangement given enough time. I am always happy to rearrange my schedule to meet friends and spend some quality time. I also live at home with my parents and it is only fair that I share my plans with them so they can plan accordingly.

My timetable is pretty full almost four weeks in advance, so in order for me to make plans with friends, I need to know when and where we are meeting at least a few days beforehand. It helps me with my own sense of organization and allows me to be able to plan my time.

In the last couple of years, I have added more things to my schedule and my need for concrete plans seems to have become greater. A few of my friends have even commented on it, saying I needed to “live a little” or “be in the moment” or plain “don’t be so needy” when I have insisted on a definite time.

This got me thinking that maybe I was taking my time management a little bit too far. Maybe I need to be a little less uptight. Not everyone is as busy as I am and not everyone needs to be as organized as me, so I decided to cut everyone some slack.

I tried to work on myself in the last couple of months to be a little more flexible and spontaneous. I even attended some things, which were VERY late notice (I’m talkin’, “Hey Eden, do you want to hang out, like, now?”), but recently, I had an experience with one of my friends, which made me rethink. I want to share this story with you and my thoughts about it, if only to make myself feel a little better. I hope you do too. 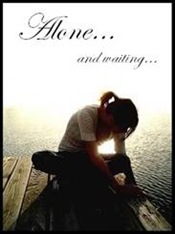 Abbie, a friend of mine has been working overseas for the past year doing her absolute dream job. Every time she comes home for a visit, I make an effort to see her. We chatted online in the lead-up to her last arrival and she suggested meeting on Friday night.

I asked her what time I should join her and her family and where I was meeting them. She told me she would get back to me.

A few days passed and I did not hear anything. I contacted Abbie on Friday to ask if we were still going to meet. “Oh, yes”, she said. She went off to check the details and said she would get back to me (again).

That night, my family went out to a festival and I stayed home, thinking I was meeting my friend instead. I waited and waited, but she made no contact.

Well, at some point, I had had enough of waiting and I joined my family at the festival for dinner. When we were about to head home, I got a message from Abbie.

Since I had not heard anything all day, I informed her I was at dinner and asked if she would like to join me at my house after she was done with whatever she was doing. She said that was a perfect idea, as it was getting late and she was almost done herself.

At about 11pm, when I was almost asleep on the couch, and she was already an hour late by anyone’s standards, she called to say it was late and she had run some errands (of course, it had not crossed her mind to let me know). She suggested we meet up on Sunday afternoon instead.

Unhappily for me, this is not the first time, nor will it be the last time, this happens to me. I wish I could say the people who do these things always miss the opportunities that could be before them, but sadly for us organized people, that is not the case. Sometimes, people who are late get a second chance or they get lucky. 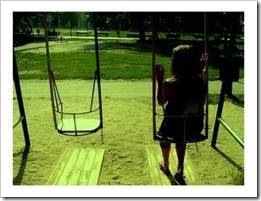 However, I want to share a story, which sheds a different light.

When I was in Grade 12, I went for my first-ever job interview at a local restaurant down the road from my house. It had been advertised at my school and I decided it was time for me to start working and earning my own money.

The school had organized for all the job seekers to be at the restaurant the next day at 4pm. Being the organized person that I am, I arranged everything with my parents to make sure they could drive me and I got myself ready in plenty of time.

I arrived at the restaurant with about ten minutes to spare, because, like my mom says, “On time is late and early is on time“. I stood in the doorway by myself and looked around. I had been told a few other people from the school were applying for the job, but there was no one else there.

About 15 minutes into the interview, the manager told me I had the job, because regardless of my qualifications, if anyone else were to turn up now, they would already be 15 minutes late.

80% of success is showing up

For all those people who show up on time, we are the lucky one. We convey respect and forethought. We are given the first choice, get the best opportunities and leave a good impression.

And all those people who are late? Well, do you remember the last time you waited for someone? You were sitting there, at the cafe/restaurant/meeting point, waiting and waiting and waiting. By the time the late person arrives, you are probably not in the best of moods. They could be the nicest person, but the later they are, the less happy you are to see them. Right? 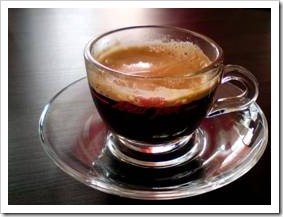 So after this weekend, I am sorry to inform every last person who has ever told me to get over my uptightness that they are just going to have to live with it. Because I am convinced that being organized is a good thing.

Being on time is always positive.

But how is this related to parenting?

Well, as I learned in my psychology class this week, everything is related to parenting and this is no exception. My parents emphasize being on time. To them, it is a sign of respect. Sometimes, they are late because things happen, even to the best of us, but it is a rare occurrence, and I have adopted this philosophy.

So teach your kids to be on time. They can get that teacher’s favor. They can be the good friend at the party who helps to set up. They can get that great job. And when they turn up on time for a date, I can assure you the time spent with that friend is going to be so much nicer.