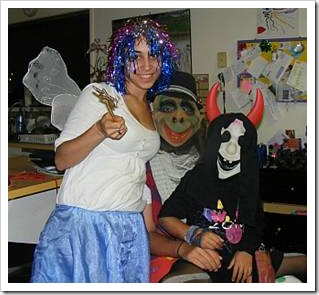 A few weeks ago, we attended a musical competition where my brother and his school band played. It occurred to me that every player in the band had a brother or sister in the crowd, some of whom were very resentful of their sibling up there on the stage. After all, it is hard to be that person in the crowd who misses out on all the attention.

When I was in high school, it was very common to hear stories about brothers and sisters who fought with each other constantly. I heard things like “My brother is so stupid. He’s always in the way” or “My sister is such a terror she never listens”.

Now that I am at university with students who are a little older, they are much more aware of the reasons behind it all, but they still seem to fight and argue a lot with their siblings. When I ask if they get along with their siblings, they reply, “Sure don’t. He hates my guts” or “No way! I can’t stand her”. One of my friends was on such bad terms with her sister she would wish on an almost weekly basis that her sister would hurry up and move out.

This makes sense to me. In my family, I am the eldest and boy am I bossy! And Noff is the youngest and she knows she can get away with almost anything. Tsoof is particularly musically gifted and he has his things that he gets away with too. All three of us are involved (to varying degrees) in music, in dance, in art and in academic studies.

Still, I have never said I hate my brother or sister and we have much we could fight about. Sure, we fight sometimes, but if we were jealous of each other, we would (all three of us) be in constant turmoil, because one of us is always doing better at something. You might hear us argue about whose turn it is to do the dishes or yell at each other for leaving our stuff lying around, but we love one another and we all know it. 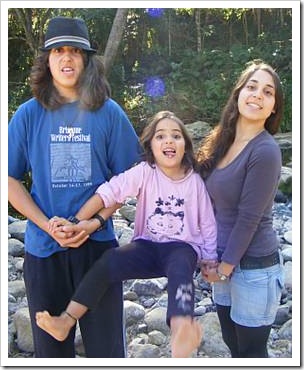 At the end of last year, my brother Tsoof participated in a musical extravaganza that showcased all of the music groups at his high school. He was in almost every band and every choir. He sang solos and did drum scats and he was fantastic. Everyone who knew him was proud enough to burst and I was the proudest of them all.

Not too long ago, he performed one of the lead roles in a musical at his high school. He was absolutely amazing. He sang and he danced and he acted and he smiled his way through a wonderful performance. Everyone in the audience was amazed and proud of him and I was the proudest of them all.

A few weeks ago, he participated in a “battle of the bands” sort of competition. I rushed to see him after my late evening university class and I watched him play his heart out. Some of his school friends and teachers were in the audience and, of course, my parents. Everyone was proud of him, but I was the proudest.

You might say it is not fair to use me as an example of someone who is not jealous. You could say I am old enough to understand that some people are just talented in some areas and that is just the way it is. And maybe I am. Maybe I am old enough not to be jealous but simply to be proud. But let me tell you a little secret… No matter how excited I was, Noff (who is 9) was even prouder!

On the night of Tsoof’s performances, be it band, singing, dancing or whatever, Noff is a tiny bundle of excitement. She dresses up in her best party dress and she combs her hair and she puts in some gel to make it curly and tries on some mascara. And she is ready to go a full half hour before it is time to leave. She sits on the edge of her seat throughout the entire performance, grinning like the cat that ate the canary. And at the end of it all, when it is time to go home and we all head for the car, she pats Tsoof on the shoulder and says, “Tsoof, you were awesome! I loved the part where you…” And if someone comes over on the following days, she tells them all about it and kindly offers to show them her older brother’s awesome performance on video. 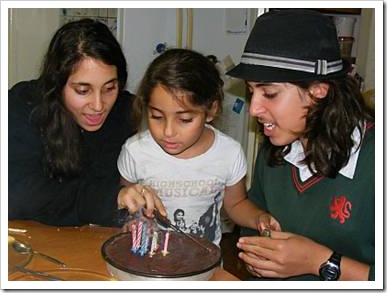 The three of us are very fortunate to be so close. While there are enormous age gaps between us (5 and 6 years), we have quite a strong bond. And we use every opportunity to be proud of one another.

Some people stop here. They turn to my parents and say, “Oh, you’re so lucky to have such wonderful kids”. Folks, let me tell you, this isn’t because we are lucky or we just happened to be born like this. Our parents raised us and taught us this way.

How did they do it?

I am sure they will have their own explanation, but there are three very important things they do that I believe make a world of difference.

You are wonderful too

They make sure to tell all three of us how wonderful we are. When I come home from university with good results or awards, they are equally as impressed with me as they are with Noff when she gets A’s in Grade 4. They are equally as excited about Noff’s dance performances as they are with Tsoof’s musical performances (and dance performances too). This way, none of us ever feels left out or underappreciated long enough to believe it. As long as we do our best and keep challenging ourselves and growing, we get clear and strong recognition for our efforts and achievements.

You are all part of this family

No less important, my parents also make it clear in no uncertain terms that we are all part of the family. That means we all share in one another’s joys and we all share in our responsibilities. Of course, Mom and Dad have the biggest and most important responsibilities of them all, but each of us in our own way must participate in the cooking and cleaning of our house and in the cultivation of our relationships with each other.

Be the role model 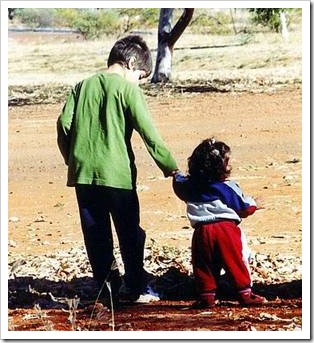 Finally, you know children learn from role models. It is like a chain – they always seem to be doing what their older siblings are doing who in turn look to Mom and Dad for examples. To use this natural trend, my Mom and Dad model the behavior they expect from us and encourage us to act as we would like our younger brother or sister to act. If they want to encourage us to participate in house duties, they show me how well they participate, then I show Tsoof how well I participate and finally, he shows Noff how well he participates. In the end, everyone participates.

So if you have children who fight a lot, who hate each other or who scream and shout, remember to tell them how wonderful you think they are and always be excited in their triumphs, no matter how small.

If you have children who are particularly gifted and seem to take up all the attention, remember to pay attention to your other children (if you have them). Be excited for their achievements just as much and maybe even encourage them to do something they will be exceptionally good at too.

All the while, show them what you expect of them by being nice to other people, including your own siblings, and demonstrate to them how to treat their siblings through your own example.

One day, someone will turn to you and say “Oh, you’re so lucky to have such wonderful children” and you can smile knowingly.