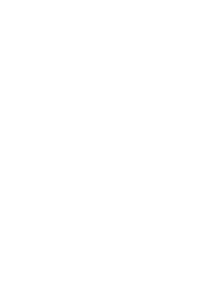 When I was a kid, I had a neighbor whose name was “Sigalit” (see-ga-leet), which means “Violet”. I do not think we ever thought of how beautiful her name was. We were just a bunch of kids, playing on the street until late, when our parents finally came back home, and we called her “Zgalit” (zga-lit), a mispronunciation of her name, which meant nothing and was just a bad nickname for her.

We all had bad nicknames, of course, but hers became a symbol of her attitude to me.

Zgalit was a young girl who lived in the house to the left of mine. Her parents worked hard and earned little, and when she was only 7 years old, she had to take care of her five young siblings. Her mom and dad used to beat her up for every little thing that did not happen the way they expected it.

Zgalit’s way of surviving this cruelty was to always blame someone else for anything that happened to her or around her, for fear of being beaten again.

I remember times when we played outside and Zgalit tripped and fell over. She screamed at us “Why did you look at me? I tripped because you looked at me”. She blamed her younger brothers and sisters for things they could never have done.

She was very young and very frightened, but not very sophisticated and blaming others was her way of getting some of the heavy burden off her back (literally).

Since then, whenever someone in my family blamed another for things that happened to them, we said they had Zgalit’s attitude.

Blaming is a natural reaction to feeling scared and overloaded, but it comes together with losing power. Zgalit was forever the most miserable girl in the neighborhood. She blamed us for nothing so much and so often that when her claims were real and valid, no one took her seriously.

I tell my kids about Zgalit whenever they start blaming others for every little thing. When you blame and blame and blame, it is always because you feel you cannot carry the blame on your own, so you cry “Wolf”. 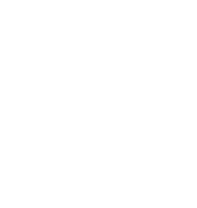 Although I think blaming is natural and kids gradually realize it is not really making them feel better, I also think that helping them realize it earlier can make your family life better, with much less sibling rivalry.

Sometimes, I feel lucky to have known Zgalit because I use her a lot to improve the relationships among my kids and many young kids I have worked with. Whenever they are frustrated and blame their brother, sister or a friend, I tell them about Zgalit and how she blamed us for cutting her own finger (“Why did you stand next to me?”) or bumping into a window (“It’s all your fault! You were talking to me”).

They smile and re-think the blame they have just cast on someone else. Most of the time, this happens before the blamed kid starts throwing blame back and a war starts.

I am sure you all have at least one “Zgalit” in your life. Use him or her to illuminate this point to your kids. It is really useful!

(Oh, and make sure you are not “Zgalit” yourself!)