The topic of repeating a year bothers many parents. Recently, I was asked by another parent for advice on this matter. I have chosen to present her story here and hope other parents will benefit from my advice.

Last night I read your comments to Repeating a School Year, which is our own situation. My boy was also born in May and he started school when he was 4 & half years old. We struggled throughout his school years. I felt exactly the same like Mama Fiona – I also found “a huge maturity difference to his peers who are 1 year older in most cases. Academically he is sound but struggles to remain there, and keeping him focused is a constant battle. My gut is telling me he needs to repeat, more so for confidence and to help him settle better with kids his own age. School is resisting this as academically he is not well below.”

I kept asking so many principals to repeat him but no one had accepted until December last year to let him do Year 5 again. I was so happy to transfer him to that close by school. However my boy is now already 10 years old, he missed his friends a lot and cried a few nights in bed. Last night I cried with him too, we actually don’t know what to do… He is a shy boy so it took him a few years to make just a few friends who targeted to normal public high schools whilst my family always want kids to get into selective.

May you please advise me what we should do? Do you think I should let him continue Year 6 or should he repeat in this new school?

I appreciate your advice Ronit, 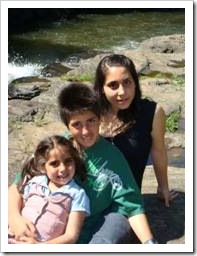 As I have said before, parents’ gut feeling is a good indication that something is not working well. Schooling needs to be a fun and happy experience for kids and sometimes keeping them a year can do wonders. Being 4 and a half when starting school can be overwhelming for some kids and lack of maturity is in fact the best reason for getting a child to repeat a year, especially for boys.

What you are describing involves a change of school, which in itself can be a very big challenge for your son. There are some schools that shuffle the kids and the teachers every year so that every year, kids have a new set of friends and teachers and some kids find it too hard to cope with.

It is normal for your kid to be afraid of the new experience. After all, he needs to learn new rules and find his way into the social life of the new school and that is not easy. But if you develop guilt feelings, you are not helping him.

Is there a way for him to meet his friends from the previous school again?

Although friends from the new school are very important, it is healthy to teach kids to separate between school friends and other kinds of friends. Kids with high social skills always have friends outside of school from afternoon activities, hobbies, neighbors and family.

If you think your son should repeat a year because that will give him an opportunity to match Year 5’s emotional development, repeating in a new school is probably the best way. If he stayed at his old school, he would have probably drifted apart from his old friends over time and had to make new ones from his own grade. At the new school, he can start fresh and with an age advantage over the new kids.

If he survives this transition, the experience will strengthen his social skills through the extra practice. But to ensure his success, he will need your help and confidence.

Repeating a year needs to be explained very well to your son. He needs to understand he is not there for academic reasons, but as an opportunity to be the oldest in the class, rather than the youngest. Tell him that school is like long distance running. Runners with short legs must take more steps in order to keep up. Show him on the sports channel that most runners have long legs. It is the same with many other sports, like boxing, Judo and weight lifting, in which you only compete with people who weigh roughly as much as you do. 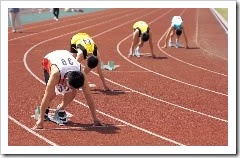 Tell him that the brain is just like legs. Every year, his legs grow longer and it was not fair to let him run with kids with longer legs, because they need to take fewer steps to reach their destination. In the same way, he should be with kids who have the same abilities to think and feel. When he started school, he was put into a group of bigger kids, but now he will be with his own group and have a much easier time.

Then ask him “Which of us got there will less effort (fewer steps)?”

If he tries to match the number of the steps you take, let him do it and he will immediately try to take bigger steps. Point out to him that each step requires more effort, so it feels like hard work.

Your son needs to understand that there is nothing wrong with him and that with kids with the same length of legs, he will not have to work so hard and it will allow him to have fun. School is fun!

My son was 4 when we moved from Singapore to Australia. The transition was so big for him we were worried. He was confused, he cried and he sat for hours with his toy mobile phone and “talked” to his friends in Singapore. It was heart breaking to watch him doing it, but pretty quickly, he found new friends at his new kindergarten and the memory of his lost friends faded. 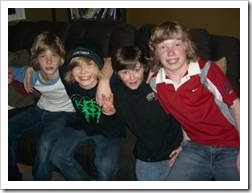 Help your son find friends. Go to his new school, meet with the teachers, volunteer to help in class, meet with the other parents and invite friends over. Have a sleep over with 2-3 new friends to establish his status in the class. Invite the whole class to a birthday party (a special party that everyone will talk about for a while later). Be friendly with the other parents and offer to help with drop off and pick up. One good friend can change his whole life.

Tell your son, “You have many friends at the new school. You just haven’t met them yet” (he may know Michael Bublé’s song Haven’t Met You Yet). My 21-year-old daughter went to 8 different schools in 6 different places in the world. This has helped her become an extremely flexible and friendly girl. Transitions can be surprisingly good for kids.

When he is happy, successful and surrounded by friends, he will thank you for this.

Good luck, be strong and trust yourself!
Ronit