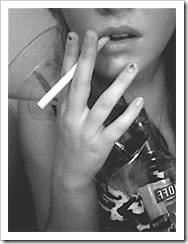 Though many parents tell their teens that popularity is not the only thing that matters, not wanting them to compromise more important things in life to fit in and be subject to peer pressure, I think in a way they are deceiving themselves.

If popularity is not that important to us as parents,
where did our teens get this idea?

I think popularity counts, not because I think it should, but because it just does.

Popularity is like fashion. It is unstable, unpredictable and not necessarily positive. If in one particular school, talking back to the teacher ranks high on the popularity scale, it immediately prompts the kids to talk back to their teachers. If having many piercings ranks high on the popularity scale, it sends kids the message that more piercing will get them more friends and more attention, so they pierce themselves.

The popularity scale might follow things like being sporty, academic achievements, sexuality (who sleeps around the most or who is hardest to get), ownership of brand names or gadgets, coolness or financial status. TV exposure and reading celebrity magazines make the power of popularity even more extreme. Watching sport celebrities being violent and using bad language brings up violence and bad language higher on the popularity scale. The same works for being anorexic or breaking the law. 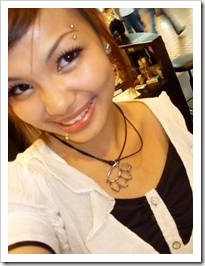 The main problem with popularity is that it is unstable and unpredictable. While teens work hard to achieve some kind of popularity, they are very likely to get to the desired destination only to find the fashion has changed and they are trapped in trying to achieve something that does not exist.

Another problem with popularity is that kids cannot distinguish between positive and negative popularity. While being friendly, helping and having good manners can create positive popularity, being rude, aggressive and arrogant can make kids just as popular they find it hard to resist even negative popularity if otherwise they may stand alone against the whole class.

A third challenge with popularity is that popular kids get to set the standards, although they gain their popularity through a different scale. If you want to understand how this works, think of celebrities. If you become a famous actor, clothing companies offer you a big contract to promote a line of clothes, because those who like you as an actor are more likely to follow what you think about clothes. If a kid is a good athlete but sucks at math, his “fans” will feel pressure to adopt his attitude towards math.

A fourth problem with popularity is that sometimes, kids believe they must be the best or the most unique to be popular, so they do extreme things, like dress extravagantly, perform dangerous stunts or act defiantly.

How to help our kids become popular safely and positively

Popularity counts. Make sure your kids (especially teens) understand it!