Last week, I sat with two teachers for a professional development session and helped them build a unit of study for their Grade 7 students. Both teachers were very interested in making the unit interesting for the kids, so I told them about a trick I discovered 25 years ago when I worked at a summer camp. 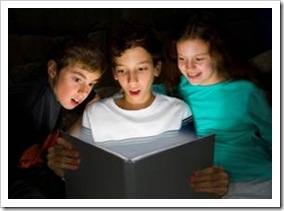 As always, necessity was also the mother of this invention. I was in charge of a group 20 kids, some of whom had not found their place elsewhere. Using this trick, I managed to get my group of to do everything I asked them, and I do mean everything.

It was the summer of my first year of Special Education studies and I was initially given a group of 12 kids in Grade 5. They were mostly boys (for some reason) and the dynamic of the group was problematic. The camp was located in a wonderful forest with a creek running through it and overlooked by beautiful ruins of an ancient village.

While we were trying to bond together and get to know each other on the first 2 days of camp, the coordinator came and asked me if I would accept some more kids to my group. She said since I was the only special education professional, I was the only one who could handle them.

Not really able to refuse (probably too weak), I said yes and within 4 days, every troublemaker aged 5 to 12 had joined my group and we had become the biggest and most troublesome group in the whole camp. On the 5th day, I found myself with kids who could not sit still for a second, with different interests and attention spans and vastly different abilities. Every activity I could think of was challenging for some and boring for others. What was I going to do?

At some stage, we were sitting inside the ruins and I started telling them a story to get their attention.

“Once upon a time, in kingdom far away, there lived a king who could not fall asleep…” 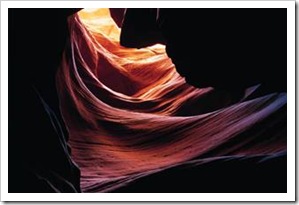 For the next 5 minutes, I made up a story about a group of 8 kids who went with a large number of the king’s guards into the caves under the palace to find out why every night, the king was hearing the sounds “Psstee, Psstoh”. Then, one of the kids said something that disturbed the others from listening to the story and they all turned quickly to hush him up. “Aha!” I thought, “They like listening to stories”, and I came up with a brilliant idea.

Now, although I would love to take the credit for this idea, it was actually inspired by a folk tale called “Arabian night”, which originated over a thousand years ago.

I stopped telling the story and said, “If anyone disturbs the story, I will not continue”. The kids begged and begged, but I kept cool and said, “If you all behave yourselves until 2pm (one hour before the end of the day), I will tell you what happened later”.

What do you know? They behaved well, helped each other and played nicely throughout the day just to have some more story time. I had turned the policing over to the group and they did everything to make sure I would tell them what happened after one of the guards had disappeared…

At the end of the day, when the busses were ready to pick the kids up and 4 more guards had disappeared, I said to them, “I will tell you the rest tomorrow”.

So just like this, every day, for over 4 weeks, I told them the story, most of the time in the ruins. Going to the ruins was a great privilege for them and required them to be in total silence. When someone did not behave or disturbed the group, I would simply say, “No story for you this morning” and let them put pressure on each other to have the privilege of story time.

Every day, I told them another bit of the story for 2-3 hours. As you can guess, in over 40 hours of storytelling, I got stuck many times with no idea how to continue. I would then ask in a mysterious tone, “And what do you think happened next?” and the kids threw a barrage of ideas at me. Some of their ideas were brilliant and I would choose one and continued the story. You should have seen their eyes when I said “Wow, yes, this is exactly how he got to the top of the cave. How did you know?” or “Yes, this IS what happened next. Have you read this story?”

Some days, I stopped the story and prayed that when I got home, Gal would help me with some ideas to continue the next day and it worked, it always worked. I just had to keep telling the story until the last day of the camp. Just like Scheherazade, the storyteller from Arabian Nights, who saved her life by telling the king stories every night, I told the “Psstee Psstoh” story to survive a group of 20 kids I had no idea how to control. 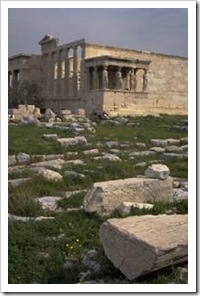 For 4 weeks, we were the biggest and best group in the camp. My kids (I like to talk about all of my students as “my kids”) won every competition, every award (for helping, supporting, being polite, and sitting quietly). Many other kids wanted to join us, but I told the camp coordinator absolutely no one could join us in the middle of the story and she supported me.

Every day, I had to concentrate hard to keep up with the sequence of this very long story. Sometimes, I made mistakes and a kid would point out, “Didn’t he disappear in the cave with the scrolls?” I would then said, “Brilliant! I was wondering if anyone would notice. You are very observant. Yes, he did disappear in the cave with the scrolls, but…” and I would have to come up with an explanation for how he managed to find the group again.

It was the last day of camp, some kids told me they could not sleep at night, because I had promised I would tell them the end before they went home. For about 4 days before, I had warned them the ending was silly, but they did not mind at all.

2 hours before the end of the day, I had prepared everything so I would end the story and we would all go to the end of camp celebration. We went to the ruins for the last time and I told them the end of the story. The kids clapped and cheered and even had some tears in their eyes (I think the tension had exhausted them).

Yet, this tale did not end exactly as I expected. 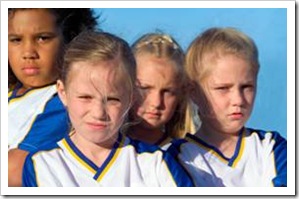 The kids were quiet for a few minutes.

“Ronit, who wrote this story?” one of them asked. I looked at them, surprised, said nothing and smiled.

“Yes, tell us Ronit, so we can borrow Psstee Psstoh from the library”, another kid said and they all became excited about it.

“I want to read it to my parents”, another boy said.

I was shocked and confused. “I made it all up, guys”, I told the kids, my heart beating fast. There was dead silence and the kids all looked at one another.

“But it can’t be”, they protested.

“But you helped me… no one wrote it… I made it up every day with your help… I couldn’t have done it without you…” I said, trying to understand what had just happened.

It was a great thing for me, making up a story with a bunch of kids who would do absolutely anything to hear a story. But now, they looked at me disappointed and said, “But you couldn’t. How could you? Where did you come up with the hole under the glass cave?”

You should have seen the look on their faces. It was as if I had taken all the air out of them. They were so sad and disappointed, saying “It’s impossible. It can’t be. I’ll never be able to remember all of it”. 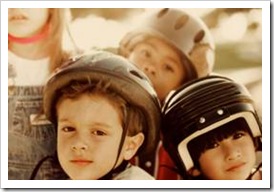 “Where do you think there is a book so big it would take 4 weeks to tell?” I tried talking to their senses, “We did it together, you and I. We’ve created the best story ever. You can tell it to others and be proud that you were the authors”.

“But we can’t. We don’t remember”, the brave ones said and I realized that if they asked me to tell that story again, I would not be able to either.

The camp coordinator came to call us to join the celebration that had already started. The kids left the ruins with fallen faces. I followed them, realizing I had made a big mistake I had not written a single note about the story, the sequence or the names and there was no way on Earth I could retrieve it from my memory. My mind was screaming, “No, no!” but it was too late.

During the celebration, my kids were called to receive awards and went on stage with sad faces. Everyone thought they were sad camp was over, but they were angry at me and disappointed. Their great story was lost forever.

Dear parents or teachers who are reading this, here are the rules of using this trick. Keep the rules and you will be safe. Trust me, it works, always. Just make sure not to learn it the hard way as I have. 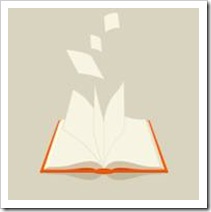 You are probably asking yourself if over the 25 years since that camp I remembered or if I have ever told this story again.

Well, no and no. I only remember snippets of that story. I mostly remember the kids sitting in the ruins, fascinated, with eyes wide open, absorbing every word I was saying and happy I was able to “buy” another day of good behavior. I also remember the end with the iceberg and the doves sliding and making the sounds “Psstee, Psstoh”…

Nevertheless, I have learned from my experience and told countless stories to my own kids and many others. I have even written some of them down. I have published some of them and will publish more when I have a chance. Kids just love stories!

Good luck and come back to tell us about your experience with this trick,
Ronit