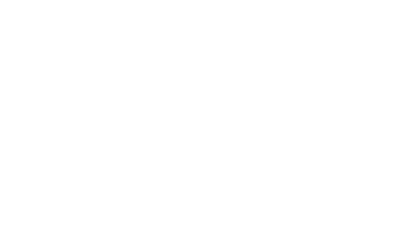 Human behavior has always fascinated me. During my studies, I learned about the difference between what people think they do and what they actually do. Since then I have been hooked. You see, when we are under pressure, we react differently to when we have time to think, analyze and react at our own pace.

Some people say that under pressure, we reveal our true selves. Others think it is the opposite – we are ourselves all the time and the ugly side of us comes out when we are pushed. I tend to think that when we are under pressure, our reptilian brain, the one in charge of “fight or flight”, takes over. Like a survival mechanism, we react instinctively to protect ourselves when we are stressed or we think we are in danger (whether that danger is real or perceived).

We have a funny story in our family about something that happened to me when I was about 25 years old. When Gal and I were students, we lived in one of the poorest neighborhoods. One day, my sister came to visit us and we went to the supermarket together. At that time, I had a huge wallet. I put it down in the trolley seat and did my shopping without thinking about it.

Suddenly, I realized that there was a young boy walking along with me. I think he was about 15 or 16 years old. He kept pace with me the whole time and stopped whenever I stopped. I started suspecting something was wrong when he stopped along with me in the feminine aisle, pretending to browse the feminine wash and the tampons. Suddenly, he picked up my wallet and started running. I was so shocked. I was a budding teacher at the time so I did what I knew best – I stared after him and said in my best teacher voice, “Excuse me!?!?!?!?!”.

He had not gotten very far and he got very scared by my tone. He turned to me and went, “Lady, shhhh!”. I was so outraged that he was telling me to ‘shush’ while stealing my wallet that I just kept saying, “Excuse me!?!?!?!?!”. He was so shaken he ended up dropping the wallet back in the seat and running away.

Ever since that story, we decided that a teacher’s “excuse me” can work like magic to scare away criminals.

What would you have done in my place?

What would you have done if this was happening to someone else? Most people would say, “Oh, of course I would intervene” or “I would hit the thief on the head” or something along those lines. Here is a video of an experiment that tried to find out if people are true to their word and whether they really try to protect the innocent party. The experiment was conducted in an elevator and tested people’s reaction to watching a murder attempt scene when they entered the lift. The result is something called the bystander effect.

Watch it. What would you do in this case?

We all like to think of ourselves as courageous and willing to fight for justice but it may not be as easy as we think.

I wonder sometimes if the “excuse me?” trick could work in the elevator as well.

Tell us your thoughts about this experiment.