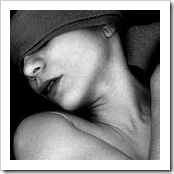 Every relationship, with your partner, your parents or your kids, requires effort. No matter how compatible you are with the other person, each of you has a different background and continues to go through a different life. Each of you may be completely blind to the other’s experiences and feelings.

So typically, relationships involve a lot of guesswork. When we know the other person well, guesswork does an OK job in most cases, particularly when everyone is in a good mood and has enough energy to share.

Things get a bit messier when one person feels down and needs support and real storms can erupt when both people have gone through something unpleasant and both need an emotional hand.

In longer relationships, like a marriage over 10 years, a teenager or with your own parents, I would not be surprised if you have had a few storms already. Moreover, the same storm may have happened again and again, reaching full blast more quickly and increasing in intensity every time.

Now, I believe that all people are inherently good. Given the choice, we would all do the right thing for everyone and live happily all the time. More than likely, you will agree this is the case with you – you are a good person and you do your best all the time, right?

“Yeah, if it were not for those other people…”

Well, I am here to tell you that every person feels the same about themselves, that is, that they are good human beings doing the best they can.

“How is this possible, with all the horrible things he/she has done to me?” you ask.

Fair question. Seems hard to answer too, but it is not.

You see, the other people do not know some things that seem so obvious to you that you never bother to tell them. This way, your wife, husband, son, daughter, mom, dad or friend are kept in the dark and might never guess.

On the other hand, the other people know some things you do not know. Of course, not knowing what you do not know, you never ask about those things, so you may never know them. In the meantime, you are kept in the dark and continue to guess.

For example, I have had discussions with Ronit, which started on opposite sides of an important issue. In the course of the conversation, I took Ronit’s arguments on board and changed my mind, but all I said was, “Ummm”, which to me seemed like a perfectly good way of saying, “Oh, now I see and I totally agree with you, honey, and let’s do as you say from now on”…

Except the only thing Ronit ever heard was, “Ummm”, followed by silence (I was done talking by then, remember?), so she went away feeling she had failed to convince me and I had been outrageously stubborn and rude.

In the following days, I behaved differently, “according to our new agreement”. I did my best to do what we had “agreed”. I spent my time certain that my changed behavior only reinforced my “obvious agreement”.

Yet Ronit saw nothing of it. She spent her time believing I had not given up on my opinion. To her, I was being unreasonable for not renewing the conversation to reach an agreement and in the meantime, I was behaving strangely, perhaps even being a bit passive-aggressive.

Other people may be making an effort to have a good relationship with us and do what they think we ask of them, while we only notice our own efforts
– Gal Baras

So what can we do instead? 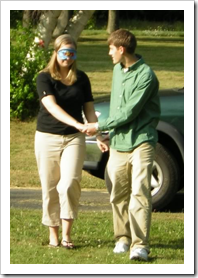 Well, I happened to have another conversation with Ronit, in which I realized how she had felt during the previous 4 days, so I immediately told her in great detail I had been thoroughly convinced by her arguments and had gone along with her. Not surprisingly, we both had to struggle with her reinforced belief about me being stubborn, but in the end, everything worked out OK.

I also learned my lesson from this and made up my mind to let Ronit know clearly when I agree with her and to ask for her explicit thoughts when I am uncertain what they are.

Another exercise I used (I was going to write “little exercise”, but I admit it was more than that) was to pay attention over the course of a week to everything Ronit did and make a note of it. In the beginning, I actually wrote it down, but gradually, I started making “mental notes”.

I used this exercise with my daughter Eden too, after a particularly stormy period. I noticed how gentle and kind and positive she was and how patient and tolerant she was with me, although I could not see it through the veil of my beliefs and anger.

You could say this exercise mends relationships as if by magic. You start it with one person in mind and it transforms that person into someone a whole lot better without any extra effort on their part!

Try it and tell me what you think.

Have a great Wednesday,
Gal

How to Make Every Relationship You Want Good