I met Mike at a café. He was very tall and good looking. He had just left home after 11 years of marriage and said “I hate her” 30 times in one meeting. He wanted to know if I could help him. “I’ve been to counselling, but that didn’t work”, he said to me.

He wanted to divorce and did not know how to go about it. He talked about making this a smooth separation and about finding a new partner. “I’m a one woman man”, he said. I liked it. Working with so many couples seconds before they divorce, at least infidelity was not the reason in this case.

Mike had already arranged the paperwork with his lawyer. “I’m going to divorce her”, he said at the end of the first session.

In many cases, coaching is like being an investigator. At the end of the first session, I sat in the café, writing all the pieces of the puzzle I had gathered from Mike.

Mike’s father had been a drunk who used to beat him and his mother. Mike’s mother had divorced his father and married another abusive man Mike never liked. He had met Laura (and her 4-year-old son) in his late 20s and after a few years of being together, they had gotten married.

Mike and Laura had another daughter, Mel, who was now 10 years old. They had shared a great love, owned a business together and lived in a huge house until they decided to sell the business and Laura realised she was not happy anymore.

They had spent their time at home. Mike had started a new Internet-based business and was in front of his computer most of the time. One day, they had gotten drunk together and had a fight. He had pulled her hair, she had called the police and out went Mike.

He rented a room down the road, so he could spend time with Mel until they sorted out all the divorce papers. Mike talked about problems, about what did not work, what he did not like about Laura, what he had never liked about her, why they had not talked to each other in two months and how upset he was she had decided after their fight to see a life coach (which is probably what made him look for one himself).

At the same time, it was very hard for Mike to let go of what he thought was an integral part of his identity.

“When was the last time you went on a date with Laura?” I asked him.

“When was the last time you went on a romantic weekend together?” I asked.

“What do you love about Laura?” I asked him to make a list.

By the end of this session, Mike had convinced himself that it was wonderful Laura was seeing a life coach and that he could bring himself to talk to her and he put this on his action list.

In our third session, he realised that if he wanted to feel good about meeting a new woman or about divorcing Laura, he had to work on himself and not expect Laura to give him that feeling. He understood that the main problem between them was that he wanted to control Laura’s actions, behaviour, attitude and even words.

When he told me about his relationship with Laura, Mike asked, “Isn’t it the same with you and Gal?”

“But, every man and woman…”, he started to say, but then he stopped himself.

During the session, he realised he had been living in “The land of disappointment”, where he was constantly disappointed with people around him. He had thought everyone ought to behave in a certain way and when they hadn’t, he had gotten angry.

The thought of him acting constantly disappointed was very sad when he talked about Mel. “My goodness, I always told her what to do and why what she was doing was no good”, he said, feeling guilty. This time, he was talking about it in past tense and I knew this was a good start.

Here is an email he sent me after our forth session: 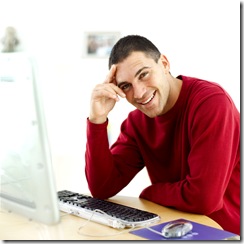 I had a lot to work about after the last session…

Laura did not sign the document. Instead, we went out to dinner on Thursday night and she apologised for the way she had treated me over the past 6 months. We had a nice BBQ on Friday and a romantic moment on Sunday … Needless to say, I’m very happy about that! We are taking it slowly, but it looks like we might get back together ;-)

Mel and I have both filled out our 50 happy things list and we have started cutting and pasting pictures of them as you suggested.

I have read through the pages and filled out the “future me” part, but I am not happy with it. I have started laminating key sheets, because after getting the gist of this course, I feel like I want to re-write a few things (express myself better, plus define my goals).

I did have a bad moment with my temper yesterday with Mel. I had a bad day in business and I think that was what set me off … Unfortunately, I took it out on her. I would like to discuss that with you at our next meeting. When I get stressed, I find it very hard to shake off the feeling and I find that a million pink elephants fly out of my mouth!

I went to Mel’s sports day at school and it was fun, so all is forgiven, but I really need to work on that area.

I sent some flowers to Laura at work today. Hopefully, I can keep up that sort of behaviour for the next 30 years ;-)

Mike only had 7 sessions with me. He never divorced Laura and she never signed the divorce papers. To start their new life together, with going out, accepting each other and expressing love every day, they moved to a small town for Mel to be close to horses and for them to be able to dedicate more time to each other.

All this happened only 4 months after I met him.

All the beautiful, courageous people in this post are real people and real clients. Their names and other revealing details regarding their life were changed to keep their privacy.