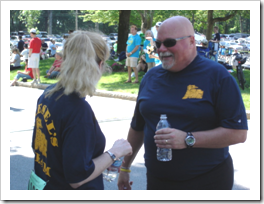 The world is full of different people, with whom we have relationships of varying closeness and intimacy. More often than not, we find ourselves in conversation with someone wanting to say something, but saying something completely different, because saying what we think would produce the wrong results. This even happens with our partner sometimes, not to mention the kids.

Yes, it happens to everyone, but stop for a minute and relive your emotions while you were having the last such conversation. Maybe you were trying to convince your kids it was really time for bed and sleep was good for them, while thinking, “I could use some peace and quiet after a long day”.

Whatever it was, see if you can detect a bit of pressure in yourself.

This pressure comes from what professionals call “incongruence”, which is when your behavior disagrees with your beliefs. It is the opposite of feeling whole and complete and of being at peace inside.

Not that movies are anything like real life, but I found myself thinking about this issue while I was watching the movie “State of Play“. Cal McAffrey, played by Russell Crow, has his share of problems, but throughout most of the film, he says simple, honest things to the people around him.

Being a reporter, he needs to hide what he knows and what he wants to do from people, but instead of beating around the bush, he says, “I can’t tell you about it now, but I have to go” or “It’s going to be tough, but do you really want to get the story?” 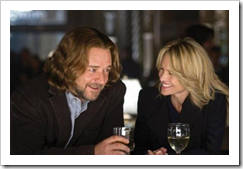 There is one particular scene, in which his ex-lover, played by Robin Wright-Penn, tries to seduce him and he softly says to her, “I’m really sorry, but this isn’t going to work”. He is so sincere about being sorry, while at the same time being very clear he is not going to go along.

Most people, especially Hollywood film characters, would try to manipulated the situation to avoid being uncomfortable, so I was expecting either to see him move in on her or start pretending and making excuses. When he just told it like it was, I was actually surprised.

Being a pesky life coach, I immediately began some intensive soul searching and self reflection and realized I could probably do better at getting rid of my own hidden agendas and saying what I think more often. OK, so I grew up surrounded by people who cared a lot about what others might think (not “would”, “might”, as in “there could be a one in a million chance”). That does not mean I have to live like this all my life.

So I started to experiment with saying things like, “Kids, my back really hurts. Can you please do the dishes?”, “It’s really hard for me to concentrate in this noise. Please stop” and even “It’s not exactly my taste, but I’m glad you like it” (sorry, no boss example, because I do not have one). It felt good not hiding my own feelings behind accusations or verbal maneuvers. The pressure was gone. It was nice and quiet in my head and relaxed in my chest. 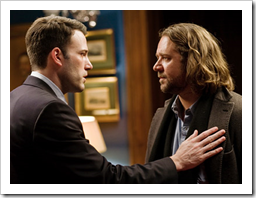 In fact, I have gone further than this and said things I had meant to say many many times and things I had kept for quite some time (I am not going to quote those here). Regardless of the outcome, I felt whole and at peace with myself. I was also proud of myself for growing as a person and becoming an honest communicator.

Oddly enough, this opened the door for others to do the same, and whether they had said those things or not, I began to hear them and accept them, which made things even better.

So no more hidden agendas for me (not at home, anyway). No more being afraid of showing how I really feel. Another step towards personal freedom.

A few weeks back, Tsoof had to choose a song from a movie to perform in class. He chose “Say” by John Mayer from the movie “The Bucket List“. He practiced at home so much we all joined in and eventually even performed this song as a family on an amateur stage. Here are the video clip and the lyrics for your enjoyment and pondering.

Walking like a one man army
Fighting with the shadows in your head
Living out the same old moment
Knowing you’d be better off instead,
If you could only…