It was Friday and many people gathered at the funeral home. I knew 3 people in the crowd – Nicole and her two kids, Jane and Russell. The hundreds of people in the crowd were all like me, pieces of the puzzle of the life of the person they were saying goodbye to.

I looked at Nicole and the kids. It is just an irony that when you feel you need lots of strength to survive the heartache in your life, worse things happen and change the whole picture. They stood there carrying a burden that I sometimes wonder if time can heal.

The dead are always at peace. It is the other people who remain to suffer their absence. The members of the Lance Family were left to suffer the shame, the guilt and the secret.

A week before, 45-year-old Bryan hung himself in his garage.

There is something selfish in suicide. If he could imagine this scene seconds before he pushed the ladder underneath him, he would never have done it. “It was a split second of insanity”, I tried to convince myself when I heard how he had died. He did not plan it, he did not leave any letter and he did not make any special arrangements. He just looked for a way to hide himself from the shame and the pain he had caused his family for two years and the solution he had found was to drag them to the dark side of life with him.

I have been to funerals before. There is an energy of devastation in the air and everyone prays inside for some sense and comfort. Death does not make sense and suicide cannot bring comfort to anyone.

15-years-old Jane had a frightened look on her face. Her dad had hung himself after having a big argument with her. She never forgave him for what he had done to her and now she will never forgive herself for pushing him to the edge. 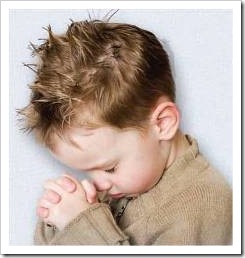 A couple of months ago, she sat on my balcony for a session and said her whole world had collapsed when she discovered her wonderful family had been a total lie, because dad had had an affair with another woman. She used the word “shattered” many times, yet expressed no desire to pick up the pieces.

When Bryan sat on my balcony to try and sort out the life he blamed himself for ruining, he expressed many concerns for Jane’s wellbeing. I never knew he was worried about her hurting herself, because he had tried to hang himself 5 times since the affair and had failed.

During the past year and a half, every member of the Lance family sat on my balcony. Missy Higgins’ song “The special two” was on my mind the whole time I coached them. They were all tormented inside, trying to bring back time and change the past.

I worked with them on leaving the past where it belonged – far away behind them – and allow it to fade, yet Bryan made sure the past would always be present. Every time he came for his coaching session, he looked for a way to go back in time and change that one mistake he had made.

Who would have thought that one mistake, just one mistake can be so devastating for the rest of the lives of so many people around him?

Missy Higgins wrote a song about the pain people put themselves through when they cheat on their loved one. She said, “Well I guess the answer is ‘Don’t do it in the first place'”. Bryan said the same thing and refused to forgive himself.

I looked at them at the funeral home and could understand why death seemed such a relief. When others do not forgive you, you can keep away from them to find peace, but if you cannot forgive yourself, you need to be out of your mind. 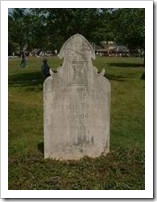 His daughter had said to me he was a “loser”. She was a teenager whose life was shattered, who had to hide a terrible secret from everyone she knew, because all her friends’ parents were her parents’ friends. I guess “loser” is an understatement of what she had felt towards him.

Most of the participants in Bryan’s funeral only knew he had been using antidepressants for a while and had been under lots of stress with his job and the house. I examined their faces and only about 10 of them carried the truth. I wondered how many of them were examining my face.

24 years ago, I had to submit a research project on comparing special education professionals, social workers and psychologists’ personality traits and their ability to survive the emotional drainage of therapy and working with people living on the edge. It is inevitable in these professions to meet someone who finds death more appealing than life.

As I stood there on Friday, I asked myself, “What am I grateful for?” This is my way of dealing with pain. I knew I have been very lucky to work for 24 years with so many clients without attending their funerals. My luck had just ended. On Friday, at the funeral home, Bryan’s death was my “acceptance ceremony” into the “club” of therapists whose clients have decided to give up.

As I said goodbye, among the painful silence torn with pain of cries, I could imagine Missy Higgins singing (lyrics below):

I’ve hardly been outside my room in days,
’cause I don’t feel that I deserve the sunshine’s rays.
The darkness helped until the whiskey wore away
and it was then I realized the conscience never fades.
When you’re young you have this image of your life
that you’ll be scrupulous and one day even make a wife.
And you make boundaries you’d never dream to cross
and if you happen to, you wake completely lost.

I remember someone old once said to me
that “lies will lock you up with truth the only key”.
But I was comfortable and warm inside my shell
and couldn’t see this place would soon become my hell.
So is it better to tell and hurt or lie to save their face?
Well, I guess the answer is, “Don’t do it in the first place”.
I know I’m not deserving of your trust from you right now,
but if by chance you change your mind, you know I will not let you down,
’cause we were the special two, and we’ll be again.

I step outside my mind’s eyes for a minute
and I look over me like a doctor looking for disease
or something that could ease the pain.
But nothing cures the hurt you, you bring on by yourself
just remembering, just remembering how we were…

Take good care of yourself, because you ARE worth it!
Ronit