Parenting can be really challenging at times. Any parent will tell you that sometimes the challenge is so big they feel out of control – not control over your kids, but control over your reactions to what your kids do or do not do. After all, you are the “captain” and it is your job to run the “ship”.

The discussion about discipline covers many topics – the rights of the parents, the strictness of the discipline, the collaboration between parents (or lack thereof), the alignment of values between home and school (or lack thereof) – the list of philosophical discussions is very long. I have found out through my workshops that parents have only that much ability to discuss the philosophical issues of parenting and most of the time, they just ask, “Ronit, what can I actually do?”

In the first years of my work with parents, I worried about that. I said to myself that without understanding the philosophy behind things, they would not be able to manage the next challenge, but I was wrong, because parents can be awesome even if they cannot explain their theories and even if they do not have a deep understanding of the human mind. Some things just make sense to them and if they try them and they work, they just continue doing them successfully.

Today, I want to talk about a parenting technique that has worked for me like magic. It has helped me a lot not to get into arguments with my kids or with the kids I have coached. 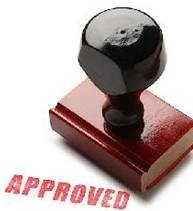 I did not like his attitude at all. In fact, I hated it. Yes, just like other kids, I wanted things and some of them were because of jealousy, and yes, some of them were expensive and my parents could not afford to give them to me, but it did not take long for me to figure out that he was saying “no” to everything we wanted even when money was not involved. It was annoying, because there were times when we needed to avoid social exclusion and saying “no” made me think of him as cruel and inconsiderate.

For years, as a young kid, I did not argue. I cried and said, “I hate you!” Only later, in my teen years, I discovered that my youngest sister, who was 9 years younger than me, managed to get a lot more than I did. I understood he was just saying “no” as a starting position and if I stayed there and argued, I would get what I wanted most of the times, but then the conflicts started and we argued to death. At first, when I wanted something, I prepared for a “no”, but later, when I want something, I had to prepare for an argument.

There were times I thought my dad was saying “no” as an invitation for an argument. I gave up asking him for things to avoid the arguments, because I had reached a point where the pain of the argument was stronger than the pleasure of getting what I wanted. 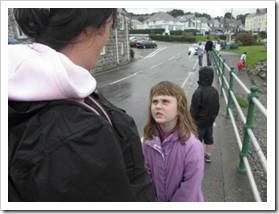 At the age of 16, during the last term of Grade 10, I learned my dad was saying “no” because he did not know any other way. He said “no” even when he meant “yes”. It just came out of his mouth automatically, because he had grown up like that and never stopped to question his parents’ upbringing. I was not upset with him anymore, but I rarely asked him for help.

During that time, I swore I would find other ways to communicate with my own kids. It was so painful that I carved it in my heart to change. Many people say, “When I have my own kids, I will never do what my parents did to me”, but I carved it deep enough to remember.

I came up with the idea of “yes” parenting while looking for alternatives to my dad’s expressions. When I studied Special Education, I refined them even more. When my daughter was born, I discovered it worked brilliantly. 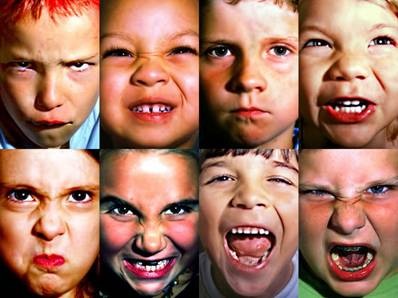 Sometimes, you will get into conflicts with your kids over things you disagree. Saying “no” to kids is not easy for parents. Some say, “I wish I could say yes to everything they want”, but the truth is that kids sometimes want things that are not good for them and it is our job to teach them that. Being the captains of their ship, parents must sometimes take responsibility and say “no” to dangerous or excessive requests.

But then, there we have it – a conflict.

Parents hate conflicts. I know I do. I would prefer my kids to say Amen to everything I say to them and never argue. If I say “yes”, they follow and if I say “no”, they follow without questioning, but I only prefer it sometimes, when things are tough. Other times, I prefer they develop a strong emotional spine, question me, challenge me and express their needs and desires. I would rather raise leaders than followers and inspire creativity than obedience. I want my kids to keep asking me for things and building their trust in me, so that when they need help, they will come and ask for it too.

So this is what I do when my kids want something and I do not approve of it. I say “yes”! 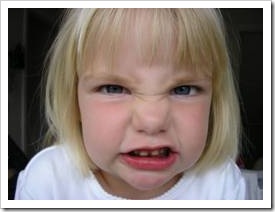 For example, instead of saying, “No, you can’t watch TV now. You haven’t finished your homework”, which is a very negative statement with 3 pink elephants, you can say:

“Yes, you can watch TV after you have finished your homework”

Instead of saying, “No, you can’t call your friend now. Can’t you see we are preparing for dinner?” which is a negative statement that includes the words “no” and “can’t” and a sarcastic phrase assuming your child should have noticed the dinner preparations, you can say:

“Yes, you can call your friend after dinner”

Instead of saying, “No, you can’t get a new shirt. I work hard for that money and you don’t appreciate it. If you pay for half of it, I’ll know you appreciate my hard work”, you can say:

“Yes, you can get a new shirt. I will pay half of the price and you can pay the other half”

“Yes, you can have dessert after you finish what’s on your plate”

Instead of saying, “No, you can’t sleep over at Shelly’s house. You did not clean your room and you do not deserve to have a fun time at a friend’s house” (followed, perhaps, by an hour’s lecture on the importance of cleaning the room and you not being their servant), which only focuses on what kids are doing that does not make you happy, you can say:

“Yes, you can sleep over at Shelly’s house when your room is clean”

Instead of focusing on negatives, creating a conflict and giving your kids the idea they can argue, you tell them how they can benefit from following the rules. 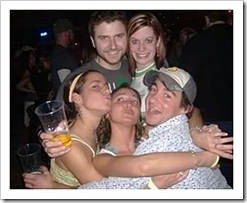 And if you are like my dad, who sometimes said “no” just to buy himself some time to think, you can still use “yes” to buy yourself time.

For example, let’s say your son asks for an iPod. You understand there may be advantages to having an iPod, but you are not sure about it and need more time to think it through. Instead of saying, “No, you can’t have an iPod”, and giving a lecture about money and responsibility and social pressure and you working so hard, you can say, “Yes, I can see why you want an iPod. Give me some time to think about it”.

Or your daughter asks to go to a party and you want her to have a social life, but you are a bit concerned about what might happen at that party and you need more time to think about it. Instead of saying, “No, you can’t go to that party”, you can say, “Yes, I understand why you want to go to that party. I still need time to think about it, so how about we discuss it again tomorrow?” and then you have 24 hours to think of ways to make sure your precious girl is safe at the party.

The “no” parenting style creates many conflicts and makes living in the same house difficult both for the parents and their kids. Swap it with “yes” and notice how things become much more flowing and calm.