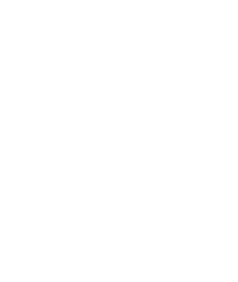 Back in the olden days, kids were punished, flogged and told off by their parents for “misbehaving” or “having no discipline”. The definitions of proper behavior and good discipline were very clear to the parents and everybody else in their community, so they felt justified in applying whatever pressure to control their children and get them back “in line”.

But we no longer live in the olden days.

Nowadays, formal manners and other phony requirements glide off our children like cooking oil off a Teflon pan. As soon as parents start using force to inspire some specific behavior, action or result, modern kids realize they have leverage over their parents in a game of control and power. Moreover, as soon as they are old enough, they get so good at this game, many parents have zero chance of getting what they want and can only go backwards.

Let’s say your kids have a royal mess in their room and you want them to clean it up (or stop watching TV or get off the #%$^# Internet or whatever). You ask, you ask again, you say it louder, you yell at the top of your voice, you add ultimatums and threats, you hiss, you fume, but nothing works. Promising a reward for doing what you want makes it even worse, because the price keeps going up and still nothing changes.

The thing is your kids had you at “Hello”. YOU wanted the room cleaned (or the TV off or the homework done). THEY did not. There was nothing in it for them.

When we lived in California, our best friends had a son, Timmy, who was 5 years old at the time. We had lots of fun together and Eden liked his company, so we saw them often.

Now, Eden was a great eater and enjoyed new kids of food, but little Timmy would simply refuse to eat anything that was put in front of him. He would use various stalling techniques for a while, argue when pushed and not give up an inch. Eventually, every one of these arguments got to his mom telling him that if he did not eat his food, he would not get any ice cream for dessert. This is when the real fun started. 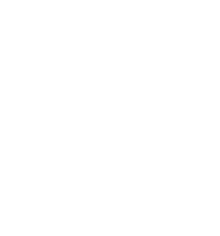 Timmy would put on a fabulous temper tantrum, complete with loud crying and floor rolling that made his mother want to die of embarrassment. While he was doing this, he kept haggling over the ice cream, until he always (yes, always) managed to get his mother to buy him ice cream first so that he would eat his food later.

And then he would eat the ice cream and not touch the food.

You see, as soon as something is important enough for you to even consider using pressure, you have lost. You are at the mercy of your young ones, who will probably suck every ounce of benefit they can out of the bargain.

How to control your children

Rule #1: do not try to control your children

Parenting is not, I repeat, is NOT a game of control. If your parents were controlling, you most certainly know how unpleasant that is, so why do it to your own kids?

The desire (even need) to control anyone else is a sign of lack of certainty and a low sense of significance. By controlling the room, the TV and your kids’ actions, you are trying to put your own world in order and/or assert your own importance. 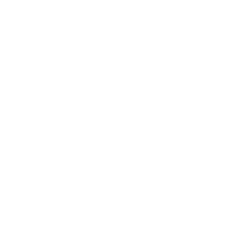 The Tao philosophy is based on the idea of balance (or “centering”) and recommends the use of natural forces in order to achieve that balance. In the Tao martial art, Aikido (if you have seen any Steven Seagal film, you have seen Aikido), rather than applying counter force and block an opponent’s blow, the opponent’s thrust is used against him in flowing motions that put him out of balance and then disable him.

Before we go any further with this, I am NOT recommending seeing your kids as opponents. If in doubt, see Rule #1.

What I AM saying is that there are natural forces around that can be redirected to flow more in your direction. The key to parenting is finding those forces – peer pressure, wanting to be “big”, craving warmth and affirmation, etc.

Although parenting is not a game of emotional control, parents certainly have full possession of financial and logistic means that affect almost everything in their children’s lives. This is just a fact. But you know it and your kids know it.

Rather than limiting any discussion to a particular request, you can broaden the scope to your overall relationship with your kids and emphasize the desire for that relationship to be good long term. To that end, either side may have to make some concessions, but the general outcome will be good for everyone.

Instead of jumping up and down and screaming about the room, why not talk to your kids about learning to be independent, taking care of their things and living in a pleasant environment? You could also point out that a messy room makes it hard to guarantee their clothes are always washed on time and you will be willing to help them find things urgently when they need them. If you really want to take this approach to the limit, turn room cleanup into a game or at least something the family does together.

We have managed to do this with folding the laundry and our kids know that when the whole family is at home on Sunday afternoon, we all go upstairs and put our clothes away, sing songs, joke around and feel surprised after 25 minutes when it is all done…

Rule #4: there is always tomorrow 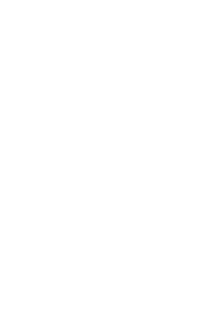 If there is one thing kids lack and grownups have, it is the perspective of time. This perspective works both ways:

You can bring up the first point to help motivate your kids to do your bidding (see Rule #3). You can also wait for this to happen and then make the point even better, now that the pressure is coming from somewhere else and you have the chance to use it.

Remembering the second point may help you realize that what you consider important is not absolute, it is based on your personal values and beliefs, and there is a chance that letting go of your desire will be better for everyone involved, because we cannot tell the future.

Here is a Tao story I love that illustrates this point:

An old farmer had worked his crops for many years. One day, his horse ran away. Upon hearing the news, his neighbors came to visit. “Such bad luck”, they said sympathetically.

The next morning, the horse returned with 3 wild horses. “How wonderful”, the neighbors exclaimed.

The following day, the farmer’s son tried to ride one of the untamed horses, fell off and broke his leg. The neighbors again came to offer their sympathy, saying what had happened was unfortunate.

The day after, military officials came to the village to draft young men into the army. Seeing that the son’s leg was broken, they passed him by. The neighbors were excited and told the farmer things had turned out great.

When you want something badly and your children do not, there is no balance. Using your perspective of time, you can motivate them and decrease your own pressure and balance will be restored.

Rule #5: there is always the day after tomorrow

Human beings can be conditioned to think, act and feel a wide variety of things. As parents, we often get to choose our children’s conditioning, which means we must choose carefully, because changing it can be very difficult.

So when you face “discipline problems”, “misbehavior” or “disrespect” with your children, remember that your kids are not extensions of you but independent people in the making. Know that the way you handle yourself will affect how they see the world, how they see their relationship with you and how they will engage others for the rest of their lives.

By choosing your attitude well every time, you can gradually turn the cycle towards conflict or harmony, battle or balance, power struggles or mutual respect.

It really is up to you, because YOU are in charge.