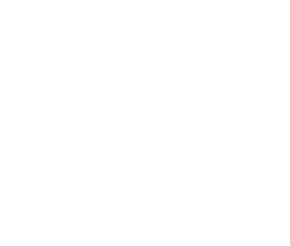 Many parents are frustrated because they think their sweet children turned into monsters when they entered the teen years. I do not think my parents said the same thing about me, because I was worse when I was younger, but working with so many parents in my workshops, I often hear them say, “How could my gorgeous baby turn so nasty?” and “What do our teenagers really want from us?”

Teens mostly want you to get off their back, actually. Grownups pump them with their own frustrated teenage experiences and turn them into the black sheep of our society.

When parents ask me that, I usually ask back, “What did you want from your parents as a teenager?” For some unknown reason, most people cannot recall what they wanted from their own parents. It is as if they forgot how they behaved as soon as they became parents.

At first, I t thought it was the passing years that faded parents’ memories, but the more I think about it, the more I believe it is a form of denial – a kind of selective memory. Every time I hear parents say, “Teens today are worse than the teens in the past”, I show them research, which found out parents today think about their kids and teens exactly what their parents thought about them 25-30 years earlier. Exactly the same!

This means that today’s parents did not know what they wanted when they were teens, which is why they have no clue what their kids want now.

Still, it is a very good question.

Working with teenagers, I have had many reminders of what teens really want. I have written some of the answers in my book Be Special Be yourself for Teenagers, but today, I want to tell you about another discovery I have made.

I read this story about King Arthur and the witch and thought that although it talks about women, it is actually relevant to teens and humans in general.

King Arthur and the witch

Young King Arthur was ambushed and imprisoned by the monarch of a neighboring kingdom. The monarch could have killed him, but was moved by Arthur’s youth and ideals. So he offered him freedom, as long as he would answer a very difficult question.

Arthur would have a year to figure out the answer, but if after a year, he still had no answer, he would be killed.

“What do women really want?”

That question perplexed even the most knowledgeable men, and to young Arthur, it seemed impossible to answer. Since it was better than death, however, he accepted the monarch’s proposition to have an answer by a year’s end.

He returned to his kingdom and began to poll everybody: the princess, the prostitutes, the priests, the wise men and even the court jester. He spoke with everyone, but no one could give him a satisfactory answer. What most people did tell him was to consult the old witch, for only she would know the answer. The price would be high, because the witch was famous throughout the kingdom for the exorbitant prices she charged.

The last day of the year arrived and Arthur had no alternative but to talk to the witch. She agreed to answer his question, but he would have to accept her price first: the old witch wanted to marry Gawain, the most noble of the Knights of the Round Table and Arthur’s closest friend! 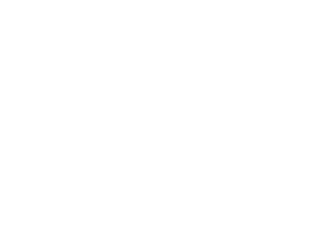 Young Arthur was horrified: she was hunchbacked and looked hideous, had only one tooth, smelled like sewage water and often made obscene noises. He had never come across such a repugnant creature. He refused to force his friend to marry her and have to endure such a burden.

Gawain, upon learning of the proposal, spoke with Arthur. He told him that nothing was too big of a sacrifice compared to Arthur’s life and the preservation of the Round Table. So their wedding was proclaimed, and the witch answered Arthur’s question:

Everyone instantly knew that the witch had uttered a great truth and that Arthur’s life would be spared. And so it was. The neighboring monarch spared Arthur’s life and granted him total freedom.

What a wedding Gawain and the witch had! Arthur was torn between relief and anguish, yet Gawain was as proper as ever, gentle and courteous. The old witch put her worst manners on display. She ate with her hands, belched and farted, and made everyone uncomfortable.

The wedding night approached. Gawain, steeling himself for a horrific night, entered the bedroom. What a sight awaited! The most beautiful woman he had ever seen lay before him! Gawain was astounded and asked what had happened. The beauty replied that since he had been so kind to her (when she had been a witch), half the time she would be her horrible, deformed self and the other half, she would be her beautiful maiden self.

She asked him which he wanted her to be during the day and which during the night.

What a cruel question!

Noble Gawain replied that he would let her choose for herself. Upon hearing this, she announced that she would be beautiful all the time, because he had respected her and had let her be in charge of her own life.

What teens want, just like any woman and any man, is to be in charge of their own life. There is some arrogance in parents’ attempts to control their teens. Yes, they make stupid choices, but no stupider than a 9-year-old or a 27-year-old makes. Making mistakes is the best way to learn and controlling their life means they will not to be able to choose by themselves and that life will be chosen for them.

It is hard for parents to let go of this control when their babies grow up and start making up their own minds. But, much like the witch in the story, their ugly side shows as a sign of being controlled.