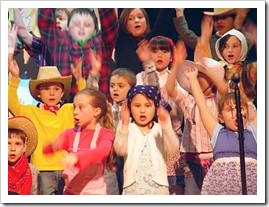 If your kids are involved in any kind of performing art – singing, dancing, acting or playing music – I am sure you will relate to this. For some reason, school productions and school concerts, including those organized by dance schools, theater groups and music schools, seem to be ignoring their main clients – us, the parents.

And when you see your little person performing their best, do you care if their inflection is right? Do you care if their balance is perfect? Do you even care if they make a mistake? Or is it so cute and adorable, you could not care less, as long as your son or daughter is at the front, where you can see them?

And when they finally appear and do their bit so bravely and innocently, do you capture the other kids with your video camera and plan to post their secrets on YouTube? Do you hide an evil intention to let the world see how poorly the production was done or how badly the teacher performed? Do you wish to breech the writers’ copyright and risk the school’s reputation? Or do you want to capture that courage and that innocence of your youngling for your family far away and for years to come?

Noff recently performed with her dance troupe at school in front of a live audience of parents and siblings. Excitement was in the air. I could feel it. I knew this was going to be good. 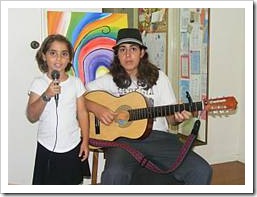 Apart from me in the audience and Noff backstage, the rest of our family was not there. Tsoof was performing on another stage at the same time and Ronit and Eden stayed with him. My job was to capture Noff’s dancing on video and share it with them later.

Finally, the music started playing, nice and upbeat, the dancing girls came on stage and moved into formation. There was a circle of them, but I could not see Noff anywhere. Where was she?

As the circle moved with the music, I was finally able to see her, but then they girls formed columns and Noff was third in her column. At the front were two older girls, possibly because they danced better. The problem was I was forced to change my position and even then it was hard to get a clear view of my little daughter behind the bigger girls.

This week, following several weeks of hard preparations and lots of extra rehearsal time, Tsoof performed three shows of “The Wedding Singer“. He played Sammy, one of the band members – not the lead role, but almost. We were so excited it hurt.

We already knew Tsoof’s school may pull a stunt with video recording and photography, so we did not even bring our equipment. We figured the school would make the video available for purchase after the last show for a few bucks, as always.

The show we saw was the first of the three and we were blown away! It was SO good! And Tsoof’s part in it was pretty important too. At some stage, the entire cast wore masks of his face while “Holly” sang that when you love someone, you see them everywhere. It was hilarious yet creepy to see our Tsoof on stage 20 times. 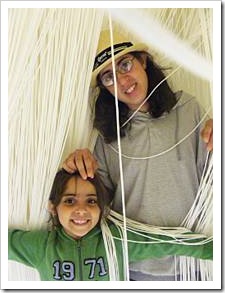 After the show, we compared notes and realized we had not seen the school’s cameras anywhere. “We need to make sure they record this. It’s great”, we said, so Ronit rang the head of the Performing Arts department the next day and left her a message to please make sure they capture the musical on video and that we would be more than happy to buy a copy or two.

Alas, when I came to pick Tsoof up after the last show, the head of department told me the school could not allow any video of the musical due to copyrights. She said, “If they find out we’ve recorded it, they’ll fine us $2,500 and I don’t want to lose my job over it”.

Net effect: great show, good acting experience, questionable educational content (the content was “a bit mature” for high school), 3 small happy crowds and absolutely NOTHING to share with our family overseas or for Tsoof to see himself!

So I say, “Parents of the world, unite! Let us make it clear to schools that all we want is to see our kids happy, to be proud of them and to capture their moments of glory for family and for later. Let us spread the message that copyrights, privacy and teacher performance are secondary. Kids who want to remain hidden should not sign up for performing arts, teachers who think it’s about them should not teach and schools that pay for famous plays and stop the capture of ‘Kodak moments’ should be made to correct their way”.