Ronit and I have a good friend, who has been in a difficult personal situation in the past couple of years. He feels frustrated by his circumstances and sees himself powerless to break out of them and live a happy life again.

Often, when he talks to other people, he uses sarcasm.

For example, one day he was contacted by a large company, which I was not familiar with. He got excited about it, but wanted to seem like he was keeping his cool, so as not to get disappointed if he did not get an order from them later on. So he said to me, “Gal, I just got off the phone with company XYZ”.

“Oh, it’s just a small company nobody knows”, he said in a seemingly casual tone.

Knowing him all too well, I insisted, until he finally admitted, “They’re the largest processed food manufacturer in our area and their inquiry is very large”.  He had been trying not to get his hopes up before, so he used sarcasm.

However, on many occasions, I have seen other people take his words literally, not knowing any better, and the rest of their conversation with him got more and more confused, each side assuming the other one was acting strange. 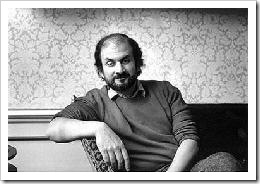 Think back on any sarcastic expression you have ever heard and ask yourself, “What is the feeling associated with sarcasm?”

The answer is helplessness and lack of control. Sarcasm is the weapon of dis-empowered people, who use information to regain some of their missing feeling of control.

Kids are innocent creatures and sarcasm goes straight over their little heads. When they respond to what they heard literally and get a strange reaction, telling them they have misunderstood, they get confused.

Over time, using sarcasm in communication with a child is nothing short of verbal abuse. It leaves the child’s self-esteem damaged and giving the child a deepening sense of inadequacy.

Here is a typical situation that may happen in a typical home: money is tight, but the kids are not aware of this. One of the kids comes to Mom, possibly while she is busy with the latest bills, and says, “Mom, can I please get a Wii? My friends have them and they are really cool!”

“Sure”, says the mother, “Right after we come back from the luxury cruise to Alaska”.

[I think you know what is now happening in the child’s mind. He is getting really excited, having just heard he is going on a dream holiday, the pictures of which he has probably seen before in ads and TV commercials]

“What are you talking about?”, says the frustrated mother, trying desperately to figure out how to make ends meet. “We’re not going anywhere, now go away and let me finish with these bills”. 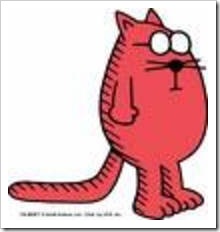 Of course, not being able to afford good stuff for your kids is damaging to one’s own self-esteem. So it may cause you to use sarcasm as a way of venting a bit and seemingly putting some humour into the situation.

But the result is that your pressure and frustration are passed on to innocent bystanders. They quietly takes on the bad feelings, having developed false hopes not once, but twice, only to realize neither of them would come true.

To make matters worse, this also gives them a sense of failure to communicate and even a feeling they may have made their mother feel bad.

Say What You Mean and Mean What You Say!

How to stop being sarcastic

To find out when you are using sarcasm in your life and overcome it, here are some things you can do:

Feel the power over your life coming back into your own hands!