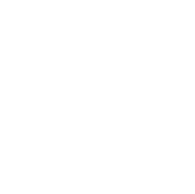 As an advocate of emotional intelligence, I object to kids watching TV. Everything I try to give them, the TV is destroying. I think bringing a TV home is like bringing the opposition into your living room, to tell your kids that you, the parent is wrong. Why would you do that?

When Eden was young and we were a young couple, we did not have a TV at home. My grandmother, who wanted to buy a new TV, suggested we take hers and we refused. We worked and when we were home, there were better things to do with our time than watch TV. Some family members and friends thought we were nuts and that we were not preparing our daughter to live in the real world. 24 years later, I can tell you, she is prepared for the real world, maybe even better than many other kids her age.

A month ago, Brisbane experienced a huge storm and trees were up rooted not far from us (it was really scary). Many houses experienced major damage and were without electricity for days (Many difficulties pop up when you do not have electricity 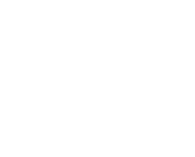 for 3 days. We depend on electricity so much). We were the lucky ones. The only thing that happened to us was that our 20 year old 25 inch TV shorted (even though it had a surge protector). Tsoof and Gal were very happy because they have been wanting to buy a new TV for a year. Eden and I were not very happy. We ended up buying a huge TV with the promise to only watch videos and minimize watching TV.

So far, so good! The school and university year started so we have not had much time to watch TV. Thank Goodness!

This week, I received this by email. It is so true, I could have written it myself.

A few years after I was born, my Dad met a stranger who was new to our small town. From the beginning, Dad was fascinated with this enchanting newcomer and soon invited him to live with our family. The stranger was quickly accepted and was around from then on.

As I grew up, I never questioned his place in my family. In my young mind, he had a special niche. My parents were complementary instructors: Mom taught me good from evil, and Dad taught me to obey. But the stranger… he was our storyteller. He would keep us spellbound for hours on end with adventures, mysteries and comedies.

If I wanted to know anything about politics, history or science, he always knew the answers about the past, understood the present and even seemed able to predict the future! He took my family to the first major league ball game. He made me laugh, and he made me cry. The stranger never stopped talking, but Dad didn’t seem to mind.

Sometimes, Mom would get up quietly while the rest of us were shushing each other to listen to what he had to say, and she would go to the kitchen for peace and quiet. I wonder now if she ever prayed for the stranger to leave.

Dad ruled our household with certain moral convictions, but the stranger never felt obligated to honor them. Profanity, for example, was not allowed in our home – not from us, our friends or any visitors. Our long time visitor, however, got away with four-letter words that burned my ears and made my dad squirm and my mother blush.

My Dad didn’t permit the liberal use of alcohol but the stranger encouraged us to try it on a regular basis. He made cigarettes look cool, cigars manly, and pipes distinguished.

He talked freely (much too freely!) about sex. His comments were sometimes blatant, sometimes suggestive, and generally embarrassing. I now know that my early concepts about relationships were influenced strongly by the stranger. Time after time, he opposed the values of my parents, yet he was seldom rebuked… and NEVER asked to leave.

More than fifty years have passed since the stranger moved in with our family. He has blended right in and is not nearly as fascinating as he was at first. Still, if you could walk into my parents’ den today, you would still find him sitting over in his corner, waiting for someone to listen to him talk and watch him draw his pictures.

He has a wife now. We call her “Computer”. Their first child is “Cell Phone”, their second child is “iPod”, and their new born baby is “iPad”.

Do not bring such a stranger home with you! If you do not have a choice and must have this stranger in your home, make sure he only tell your kids the stories you approve of.