Home » Family Matters » Parenting » You Kick Like a Girl 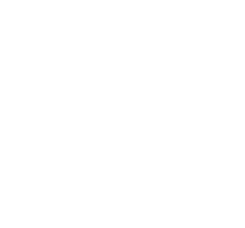 Until she said that, I didn’t even want to learn ballet. Her comment didn’t feel good, though. For a while, I tried avoiding playing with the boys. I was extra conscious of the cuts and bruises (even though they hadn’t bothered me at all before). I begged my mom to send me to ballet. The truth was she couldn’t, because ballet was very expensive and she could not afford it, but she kept telling me it was because of the bruises.

One day, she allowed me to go to a trial session. It was hilarious. I felt like an elephant in a china shop. Imagine me, a soccer player (and a very good one), trying to do these elegant movements. They were so unnatural. I could swear that standing in those positions was bad for the body, much more than the bruises from soccer. I went to my mum and said, “No, thank you. I choose bruises over ballet”.

You see, my mom was the chauvinist in my family and my dad was the gender equality king. We were 4 sisters and 1 brother. My mom gave my brother privileges and concessions because he was a boy, while my dad said, “He should take turns washing the dishes the same as everyone else”.

My dad’s attitude was very different from that of the society he had grown up in. I thank him for that. My dad grew up in Iran, where men had power and women served them. It was a very stereotypical society, but my dad had the courage to question it. In his spare time, he did art. When he did renovations around the house and other “manly” jobs, he invited me to join him – to drill, hammer nails and use a saw. I was lucky that one of the most influential people in my life thought that doing something “like a girl” was not derogatory but something to be valued and cherished.

Some time ago, my daughter Eden sent me the video below. It asks girls what they think of the phrase “like a girl”. It was interesting to see how common it was for girls to adopt the same stereotypes as what the majority thinks and how critical the teen years are for developing this mindset.

Watch it and write what you think in the comment box below.

Parents and teachers are very important in making sure that girls (and boys) reject negative stereotypes and create new and more positive stereotypes for themselves. It is our duty to guard them from adopting such negative beliefs and consider themselves worthy in every way.

From one mom who is proud to be girl, raising her own proud girls,
Ronit