At first, this post may seem like a gripe session, but bear with me, because there is a serious point to all this bitching and moaning. Thank you for your patience and I hope you enjoy the stories along the way.

The whole idea came to my mind at a big event our family attended last weekend. The weather was perfect, the setting was beautiful – wide green lawn surrounded by impressive buildings with a classical appearance, stalls with food and various arts and crafts and a main stage – and the program was very promising, with shows and activities for the kids and lots of entertainment.

One of the first things we wanted to do was watch a “boxing demonstration”. When we arrived, we saw a few athletic-looking characters putting on gloves and shin protection, a young man with some brochures in his hand and a group of empty chairs next to a small patch of grass.

The time came for the demonstration and nothing happened.

“Maybe they’re waiting for more people to show up”, we said to one another.

5 minutes later, the young man approached the boxers and gently asked if they were ready to start. They started to walk reluctantly towards the grass. The young man introduced the show briefly, without mentioning anybody’s names or even his own organization. 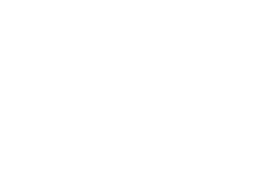 “Never mind”, we thought, “This way, the demonstration will start sooner”.

Then, the boxers started moving in a lazy, uncaring way, stopping frequently, grinning at their own mistakes and generally disregarding the other people around them who had come to see them display their skills.

“Let’s go somewhere else”, the kids said, even though they were the ones who had asked to see the boxing, and away we went.

As we walked around the place, we noticed an art museum with some curious displays inside and decided to go in. The first few sections had fairly large paintings and photos with clear descriptions on the wall beside them and we enjoyed them very much.

Then, we went through some other sections with many small paintings and photos that had nothing in common and there were no notes on the wall to describe them. It was as if the exhibition designer had run out of room and had a few works of art left, so he or she just crammed them together on a wall.

I wondered what I would feel as an artist if I saw my own work displayed like that.

On the second floor of the museum, we had a surprise. There was a section there with excellent acoustics, where a choir of students, led by a young geeky-looking conductor, was starting to sing. We love music, so we positioned ourselves comfortably and listened.

As the choir sang some unfamiliar piece in Latin, I noticed one girl smiling and looking very happy about being there and singing. I kept looking around and realized that the other 30 or so members of the choir looked surprisingly serious, as if they were going to be graded for the quality of their performance or something.

But then came another one and another and another. At the beginning of each song, the conductor checked the pitch with a tuning fork, sang a few notes to the choir and they started singing yet another piece of unfamiliar music in Latin and once in some other language that was clearly not English.

“My goodness”, I thought, “These guys are singing to themselves. They are doing absolutely nothing to connect with their audience. In fact, they take their singing so seriously, this is the only feeling they could ever convey to us who are listening”.

Are you not excited merely by the mention of a laser show? Should something like that not be super duper fun for kids and parents alike?

We felt so too. So we got to the hall 10 minutes early and crammed in with a million other people, sat patiently on the stairs at the bottom and expected an awesome experience.

Almost on time, in hops a young man, tries a lapel microphone for a while, gives up and turns on another microphone on the table at the front of the room. He leans to the microphone and starts to talk about lasers while running a PowerPoint presentation behind him.

As we look at the presentation and listen to his words, Ronit and I get the feeling Noff is probably missing half of what is going on and the guy had better start showing stuff. Then, he says, “And this is how it works”, and presses a key on the computer.

“I see my animation isn’t working for some reason”, he says, “Never mind. Let’s keep going”, and he moves on to another slide, on which there was another animation, which does not work either.

“Let’s just skip the presentation, then”, says the man, “Who wants to see some lasers?”

This part was really great, with green flowing water, green sprinkles, everybody realizing they use lasers everyday without knowing it and a demonstration of how a laser is used for measuring distance. Except it was over in just under 10 minutes…

“That’s odd”, I said to Ronit on the way out, “This is the second laser show today. Do you think after the first one he still doesn’t know about all these technical problems? Would you ever come so unprepared to one of your parenting workshops?”

Generally speaking, the entertainment at events improves as the day grows old. People arrive late, but they tend to stay for the “big finale”, so organizers leave the best for last.

With this in mind, we settled down on the big lawn in front of the main stage to listen to a “famous, successful, highly acclaimed band”. The crown kept getting bigger, so we figured it would be a great show. 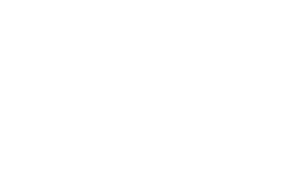 What we heard instead was what sounded like 6 different versions of the same song, performed by an unimpressive and casual singer and accompanied by a player who had a rough, annoying voice. Their instruments sounded as if they were tuned differently, so no matter what they played, the sound was off. At some point, Tsoof asked to leave.

At some stage, the singer said, “If you’re wondering about the quizzical looks on the band’s faces, it’s because I told them to follow me and then I started to play in the wrong key. Give them a hand for keeping up with me”.

“How’s Everybody Doin’ Tonight?” and “Thanks to the wonderful sound people”

Actually, in the vast majority of the musical performances (and stand-up acts), there is a ritual that the performers go through. Nothing said has anything to do with reality, but everyone plays their part just the same.

It starts with the announcer coming on stage and saying, “This is the moment you’ve all been waiting for!” You bet it is, because the show is running late and we have just had to endure 20 minutes of sound checks and instrument tuning.

“It is my great pleasure”, they read off a note in their hand, “To introduce to you the talented, incredible, popular (the superlatives vary, but you get the drill) Joe Schmo”.

Of course, Joe has been away from the public eye for years and was not all that successful even then, but maybe he will put on a good show for us tonight.

“Hello, Brisbane! So good to be here”, Joe says, “How’s everybody feelin’ tonight? Good?” This is not a question, mind you. The only correct answer is provided before anybody can think of anything else to say.

“Yeah”, shouts the audience, as expected, thinking, “Get on with it! We want to hear some music. Our butts hurt already from sitting here and waiting for you”.

During the show, some instruments sound too loud, some microphones are turned off, an occasional feedback shriek destroys everybody’s ears, the performers signal to the sound people with their hands, faces and instruments and even say sometimes, “Errr, can I have a little more bass over here? Thanks”.

But when the show is over, it is time for, “And let’s all give a big hand to the wonderful sound people. They sure did a great job, didn’t they?” That is not a question either, by the way.

Are high standards a blessing or a curse?

Is this only me?

Either way, I realized I had high standards, at least in some areas. In fact, the more I learn about things, the higher my standards become, which makes it all the more difficult for me to enjoy events that are organized by people with, shall we say, a more relaxed approach.

When I was working in corporate IT, my high quality standards were my best assets and saved my hide more times than I care to remember (“Do you have a backup of that?” “Oh, my God, yes, I do”). In fact, I became so famous for doing my craft well I was put in charge of other people and hired into better jobs. High standards provided for our family for years.

But sometimes, high standards can be a pain, like when I go to a show like last weekend or when I call Customer Service expecting an actual solution to my problem and all I get is empty politeness. As a world-traveled family, seeing how things are done better elsewhere makes us disappointed all too often with local systems, while the locals know nothing better and live happily.

I wonder if it would not be better to just expect nothing at all. Maybe then I would be pleasantly surprised by everything that happens, no matter how small or simple. Surely, if I expect nothing from a show and end up getting lyrics, sounds and some people to look at for a while, that would be great. Then, maybe I would consider it a treat when a customer service person apologizing to me politely about doing nothing to help me.

What should we teach our kids? 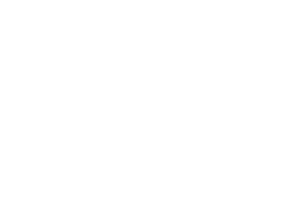 Not for me, I am afraid. I have been trying to lower my standards for a while now and I believe they are just built too strongly into who I am, which makes them hard to separate and change. I guess I will just keep viewing the world as an ever-declining place. At least this gives me the motivation to try and make it a better place.

But my kids still have a chance, no? Maybe I should teach my kids to expect very little from life and this way, they will be happy, no matter what happens. In a world that keeps losing values like honesty, family, community and kindness, not expecting them may be a better way to live. My kids will just go with the flow and have a good time, right?

This is a serious dilemma: should we as parents be teaching our kids to MAKE the world better or to PERCEIVE it as better?