At a junction of life, in a world full of possibilities, Adam stood in the middle, struggling with making choices. He looked North and asked himself, “If I go this way, will I get what I want or not?”

For a while, he kept asking this question, but did nothing. The unknown was scary and he chose not to choose. Instead, he followed the herd, allowing the river of life carry him into the same stream in which everyone drifts and he lost his sense of identity.

One morning, Adam got up and found he had built his house in the middle of a junction. He was locked inside his own house and it did not feel right. His choice muscle was weak and, as the days went by, it was harder for him to move. He looked out the window, saw others going into their paths of life and felt stuck.

At that scary moment, Understanding he was a prisoner in his own house, Adam knew he had to regain control, focus and inspire himself to start a journey. He knew he had to change his point of view on life – it was a live show and not a dress rehearsal. He needed courage to play, to leave the junction and to take his first steps on the journey of life. 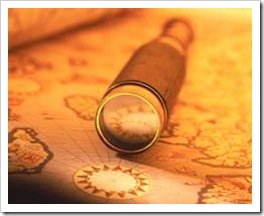 With his heart beating fast, Adam opened the door of his house. He felt the strong light stopping him at the entrance, yet he picked up his bag and bravely stepped out of his house, closing the door behind him.

He raised his head over his fence and saw many roads. From the junction, they all looked the same – unknown, but Adam kept looking outside. He looked at people walking outside his house and asked them where they were going. Still not knowing what the future holds, he walked to the outer gate of his fenced house and opened the gate.

He started walking outside, in the open. It was still a bit confusing. He opened his bag. He wondered what he had inside that might help him get to his destination and found a flashlight. It was funny. He had always had it, but had never thought to use it. Adam turned his flashlight on. He could see the road better now.

Adam walked quite a lot, but the road seemed very long, until he started doubting himself. 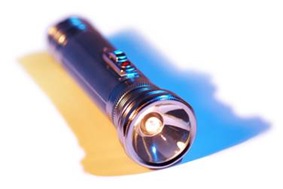 “Will I ever get there?” he wondered.

He looked at the bag again and found a map. He looked around. Everything he saw around him was drawn on his map and this gave him a good feeling. At the top of the map, he saw a logo of the printing company, with the statement “Maps are a good way of knowing you are on the right track”.

Everything was fine for a while until Adam found himself in a forest. It was a dark and scary forest. So many people he knew were scared of forests. So many of them had told him before to stay away from dark forests.

“One more step”, he told himself and took a step forward.

“Only up to that tall tree”, he told himself and took another step.

“This is not so bad”, he thought, encouraging himself to keep walking, “I am sure there is a light out there somewhere”.

Adam took out his flashlight and opened the map again. That reassured him he was on the right track.

“If there is an end, I will find it”, he told himself bravely and kept on walking and whispering, “I will be fine, I will be OK, just one more step”. 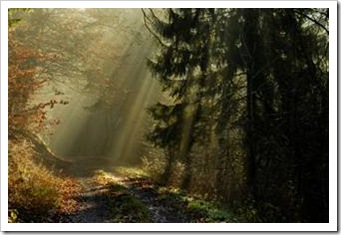 He pointed the light at the forest and pushed himself forward. Every step of the way he chanted, “It’s just a bunch of trees”.

Adam walked for a while, until he saw a light through the trees and walked towards it.

Outside was a pole with many signs directing to all sides. Adam sat there for a while, trying to choose which direction to take. He realized he was in a junction again. His choice muscle was so weak, he hoped something would happen and make the choice for him.

After looking at the pole for some time, Adam looked at his map again and saw that some paths were longer but had fun, beautiful sights along them. He was surprised to discover that in all of them, there were forests. Still they all led to the same place. He felt such relief. In his mind, he considered the option of taking the longer path, with the fun parts – the idea seemed enjoyable. He understood that most of his life, he would be on the road, so he might as well enjoy it.

Adam closed his eyes and let his heart choose the path. He understood for the first time it is not the destination that matters, but the enjoyment of the journey. Then, he took his first steps as an enlightened man.

Gather your courage, pick up your bag and get out of the prison of your comfort zone. Open the door and start walking. All you need is a flash light and a map to find your way. Maps will show the way and lights will help you see clearer in dark moments. Life is a great game, but first you must choose to participate

Welcome to the this game called “Life”,
Ronit