This is a call for all partners and all parents, although I suspect in most cases it will be especially appropriate for women. Unlike what you might think, it has nothing to do with buying certain products or even with physical exercise, but read on and you will see you can gain a lot of power from it.

We all have more power than we think, but to realize this power, we must often use it first and see the results later. We keep ourselves weak as long as we do not act and only when we take action do we create this power.

Here are 3 stories, which will demonstrate how this works.

Let’s Get Together (yeah, yeah, yeah)

One of Ronit’s clients, let us call her Olivia, was still single at the age of 37. Her parents, coming from a conservative background, had put enormous pressure on her to get married over the years, and this was seriously bringing her spirits down. Her biological clock was ticking away and she was getting more desperate by the minute.

Olivia had had relationships with men and almost married 2 of them, but for the most part, she had built her life around her work as a primary school teacher and her circle of unmarried girlfriends.

Working with Ronit, she finally set a goal to find a partner and settle down with him within a certain timeframe. She worked out a plan of action and carried it out until she started dating Dean, a wealthy, intelligent, funny and good looking man. Their relationship seemed to be going well, until the time came for Olivia to renew the rent on her apartment and she thought it might be best for her and Dean to move in together.

What happened next is that Olivia tried to manipulate the situation so that Dean would suggest himself that she move in with him, because, after all, they would live in his apartment. Unfortunately, Dean is a digital man, who generally finds change unsettling and puts it off if he can. He had built a strong personal space in his home and feared her “invasion”. 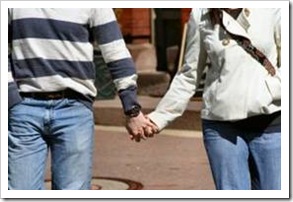 The time for Olivia to vacate or renew came nearer and nearer and her pressure grew stronger and stronger. When she talked to Ronit, she expressed helplessness at being dependent on Dean’s decision.

When Ronit talked to me about Olivia’s pressure, I said to her, “You know, if this were you and me, you’d just tell me how you wanted things to be and that if I had any change management problems, I could deal with them. Knowing that I love you would have been enough for you to put all your power into doing what you thought best. Olivia’s challenge is to believe that Dean wants to be with her enough for her to demand that they move in together. Her uncertainty of his love is what makes her weak”.

Finally, it was crunch time. Feeling she had no other choice, Olivia got her nerve up, approached Dean and told him this decision would make or break their relationship. He said, “OK”, and they moved in together a month later. Now they are having a baby!

Because I’m Worth It

My daughter Eden has been working at a law firm for the past 18 months or so. She started as a part-time administrative assistant doing filing and taking calls, but the owners quickly noticed how trustworthy and diligent she was and asked her to take on more responsibilities and work more days. 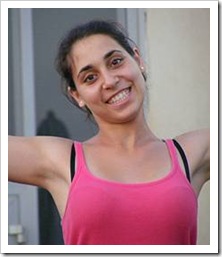 All this time, I nagged her suggested to her to ask for a raise, because I though she clearly outperformed her employers’ expectations and got nothing but compliments to show for her efforts and achievements. But Eden though that making claims would only create conflict and kept complaining at home and doing nothing at work. At some stage, her manager even offered her $5 more a day (!) as incentive to work more days, which Eden almost found offensive.

Now that she is no longer studying, Eden has decided to work full time at the law firm, at least until she can find an event management job. However, now that she is not a student anymore, she did not want to compromise on her wages anymore.

She took a chance a few days ago and said to the business owner, “I want to get a raise”. He just said, “Oh, how much are you getting now?” and increased her pay by 20% (it was more than $5, I can assure you) without any argument. Eden came back home and celebrated for 2 hours!

A client of mine, let us call her Cindy, was living separately from her husband. However, in order for him to enjoy certain benefits, she had to keep her registered address where he lived and could not register the kids to a state school.

Being a home-based entrepreneur, she had to set aside some of her time for home-schooling her kids and some of her money for someone to watch over them while she worked. This was getting to be unworkable and was putting her under pressure when she decided to renovate her house.

I suggested to her a few times to talk to her husband about this situation and to work with him to find another arrangement that would work, but every time, she said he would not hear of it and she was not even going to try.

One day, the dog ran into the garden, where some men were busy digging and building, and the kids ran straight after it. Cindy panicked and decided this was way too dangerous.

She rang her husband, told him what was going on and said she was going to send the kids to school. “OK”, he said, “I’ll work something out”. The kids went to school the following Monday.

So, whether you are dealing with your partner, with your manager or with your child, always remember you are powerless only when you do nothing. The fear of failure or rejection is keeping you from finding out just how strong, loved and appreciated you really are.

The Israeli army is famous in that its leaders always say, “Follow me”. Seeing their commanders take decisive action inspires the soldiers to follow and fight. In much the same way, when you act with certainty and confidence, people look up to you and follow your lead. Your action creates that.

So stop putting things off and feeling helpless. Find the things you need to change and go for them with everything you have.

Just do it!
Gal