The end of the year is fast approaching and with feelings of end, there are many feelings of hope. Because every end is a new beginning. At our house, we usually have a tradition of writing down our wishes, desires and goals for the new year, a list of requests to send to the universe. At the same time, we evaluate how much of the previous year’s requests the Genie of the lamp has granted us. Funnily enough, I discovered this year that my Genie has some time management issues. He has a bit of a delay. Sometimes I get my requests two or three years later. Luckily, I keep my requests from previous years and so I can see my Genie has granted my wishes, even if it was a bit later than I thought. Still, I am happy. I think I will add another request for my Genie to attend my time management course.

This year, I want to wish all my readers (and we had plenty of them) a wonderful 2013. This is my poem for the beginning of the year. 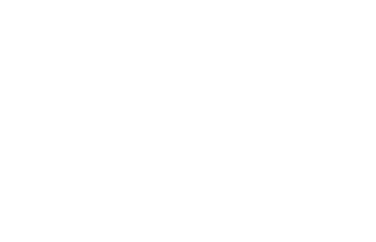 I have included my favorite beginning quotes, and I hope you will find inspiration in them for the next year.

Life is not a dress rehearsal. Stop practicing what you’re going to do and just go do it. In one bold stroke you can transform today
–Marilyn Grey

Every man should be born again on the first day of January. Start with a fresh page
–Henry Ward Beecher

Begin today. Declare out loud to the universe that you are willing to let go of struggle and eager to learn through joy
–Sarah Ban Breathnach

There are two mistakes one can make along the road to truth… not going all the way, and not starting
–Buddha

I have always been delighted at the prospect of a new day, a fresh try, one more start, with perhaps a bit of magic waiting somewhere behind the morning
-J. B. Priestly

Each day is a new life. Seize it. Live it
– David Guy Powers

Innovation is the creation of the new,
or the re-arranging of the old in a new way
– Mike Vance

The beginning is the most important part of the work
–Plato

He who chooses the beginning of the road chooses the place it leads to. It is the means that determines the end
– Harry Emerson Fosdick

Dissatisfaction is a great starting point,
for it is right there that we have the most power,
strength, and energy to push change through
– David DeNotaris

Small opportunities are often the beginning of great enterprises
– Demosthenes

If your ship doesn’t come in, swim out to it
– Jonathan Winters

The secret of getting ahead is getting started. The secret to getting started is breaking your complex overwhelming tasks into small manageable tasks and then starting on the first one
–Mark Twain

It is our attitude at the beginning of a difficult undertaking
which, more than anything else, will determine its successful outcome
– William James

Begin somewhere; you cannot build a reputation on what you intend to do
–Liz Smith

He has drawn back, only in order to have enough room for his leap
–Friedrich Nietzsche

There will come a time when you believe everything is finished.
That will be the beginning
– Louis L’Amour

Every new beginning comes from some other beginning’s end
– Seneca

Dreams are renewable. No matter what our age or
condition, there are still untapped possibilities
within us and new beauty waiting to be born
– Dr. Dale Turner

From the end spring new beginnings
– Pliny the Elder

Let us not look back in anger
or forward in fear, but around in awareness
– James Thurber

You don’t have to be great to start, but you have to start to be great
– Joe Sabah

All glory comes from daring to begin
– Eugene F. Ware

This is our last post for 2012. We are taking a vacation to renew and rejuvenate. We hope you can take some time off to do the same. We will renew our writing in the middle of January.

Until next year, Happy New Year and may the force be with you!