From time to time, I get it by email. Now, with social media, I also get it on Facebook and Twitter. It is the story of the frog in hot water. In case you have never read it, here it is for your reading pleasure: 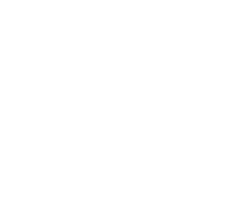 When we believe everything is good and we do not need to change, reality eventually bites. No matter how subtle, we still need to pay attention to change in our life and do something about it.

The above is just a fancy name for “having no idea something is wrong”. We stay where we are, because we see no reason to move.

For example, the world is now moving very rapidly from static printed books and newspapers to rich and interactive digital content on devices that are always connected to the universe. If you are in the printing business and your book printing sales are down for 1 year, you may say, “It’s OK. Things fluctuate”. If you keep saying this every year for 10 years, you suffer from cognitive inertia (not to mention a likely cash flow problem).

Similarly, when you raise a child (let’s call her Lilly), she is initially helpless and dependent, but gradually, she is able to do more and more. If you insist on helping Lilly get dressed when she is 1 year old, she will thank you for it. At 2 years, she will ask to put on some thing by herself, but will not make a big deal if you are in a hurry and put it on her quickly. At 13, I would like to see you try to help her dress. If you try, you have a serious case of cognitive inertia and will be severely “rewarded”. 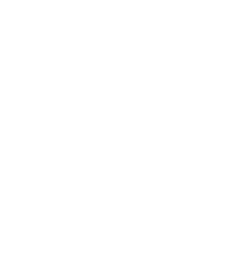 And in your relationships, you may find yourself all of a sudden in the middle of a storm, hurt, frustrated and utterly confused. You partner may be yelling and looking like they would like nothing more than for you to evaporate, or maybe they have already left and you are home alone, wondering if they will ever come back and why they have gone in the first place. You definitely should have seen that coming and done something about it. But how?

Well, the cure to cognitive inertia is paying attention and getting rid of the assumption that we know what is going on. In order to run a healthy business, you would sit down with your accountant and decide on a set of key performance indicators (KPIs) for your business. If profits are down 2 quarters in a row, you take some corrective action. If customer satisfaction is down, you bring in a motivational team builder for your staff. If a particular product is not selling well anymore, you scrap it and work with Marketing to replace it with something better.

Individuals can (and should) do the same with their professional skills, personal development, parenting style, home economics and even in caring for their car. There are signs everywhere. We just need to see them. And to do that, we need to be looking.

Sadly, a common parenting situation these days is worrying whether your child is taking drugs, having unsafe sex or involved in bullying (on either side). Many parents live in personal-space societies (like Australia and the US) and try to respect their kids’ privacy, so they allow them to own their own computer and mobile phone and let them close the door to their room and choose who gets in and who stays out.

Once you put your mind to it, you will realize you can take the child to see the doctor once a year as a “routine checkup”, which includes blood and urine tests. You can pay attention to clothes, makeup, number and style of friends, activities, mood, school performance and lots more. As long as you accept that things might change, your child will be safe, because you will be there for them.

Another sad phenomenon of our current times is divorce. Have you noticed? Are you paying attention? What does it mean for you? If you have been married to the same woman over 10 years and you love her, should you just assume it will be like that forever? Ever heard of midlife crisis? Ever heard of relocations? Lost jobs? Menopause?

There is no way you can just sit tight and hope for the best, my friend. Marriage gets tested daily and occasionally has to pass bigger tests, so it must be adapted to suit the changing conditions at nearly the same rate.

The Cognitive Inertia Rule of Thumb

If you are feeling uncomfortable, you probably need to find out why and make some changes. Discomfort is your friend. 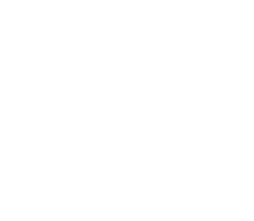 Knowing something is wrong and deciding to change it does not mean you know what to do. Unfortunately, this causes most people to do nothing, mostly because it feels safer.

Many, many, many people would rather stay in a bad situation than risk making “the wrong” change. They use expressions like “rocking the boat”, “taking a risk” and “breaking tradition” to justify their lack of action, but ultimately, they do nothing and their situation gets increasingly worse.

Business gurus often say, “A business that isn’t going forward is going backward”. Health and wellbeing experts say, “What isn’t growing is dying”. Essentially, taking no action is worse than doing something. Anything.

In fact, what happens first when you do something is that your perspective changes. After seeing your job/home/relationship/child/boss the same way for a while, there is nothing new that will give you ideas and since doing the same old things is what got you feeling uncomfortable in the first place, you need a fresh perspective.

In her workshops, Ronit often demonstrates this with a bottle and a cup. She asks the participants “Is it possible for two people to say opposite things and be right at the same time?”

Invariably, the answer is “No”.

Ronit then calls for a volunteer (let’s call her Gemma). She puts the bottle in front of her and places the cup right behind the bottle, so that she can only see the bottle. Then she asks them, “What do you see?”

“A bottle, of course”, says Gemma.

“If I told you there was a cup on the table in front of you, would you believe me?” 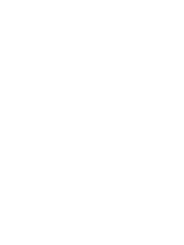 “If I insisted, would you argue with me and tell me I was wrong?”

“OK, now move slightly to either side. Can you see a cup?”

“So is it possible for two people to argue and both be right at the same time?”

And this is why taking any action at all is a good idea. It changes the angle from which you observe the world. In fact, it changes the world a little bit and may even change other people’s opinions. In the new situation, you should find ways to get closer, solve problems and move forward.

Oddly enough, action inertia is sometimes related to having too little pain (like the frog). You can spend all day contemplating the best course of action when you are slightly agitated, but when someone has just stuck a knife in your side, you take massive action very quickly. From this perspective, even if your action makes the situation worse, it is a good thing, because it will give you (and others) enough motivation to make bigger (more painful, more daring, more uncertain) changes and get even better results in the end.

The Action Inertia Rule of Thumb

Any action is better than doing nothing. Just do anything. You will find out why later.

Have a super day and get movin’,
Gal