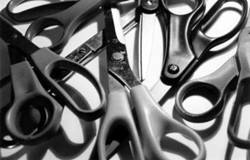 There are some things that make life so easy it makes you wonder why you never thought about them before. I did not think of adding this as a tip until a friend of mine opened my cutlery drawer and found scissors in it.

“Scissors?” she asked me, really surprised, “You keep scissors in the kitchen?”

Since many bags and packages have a little drawing of scissors on them, I assumed the best tool to use was scissors. I thought everyone had a pair in the kitchen too, but I guess not.

“What do you do when you need to open a sealed bag or cut the corner of a milk carton?” I asked her.

“I use a knife”, she said to me with that “Isn’t that obvious?” look, “And sometimes with my teeth…”

Being efficient is every parent’s dream. Time is a limited resource and the faster we do things, the more time we have left to spend with our kids. So when I meet “the girls” for an evening out, we always talk about household stuff and share ideas.

Making dinner is one particular task that takes lots of energy. I have heard many parents saying they come home at the end of a working day and start making dinner. As you know, if you do not buy fresh meat just before you cook it, you may need to take it out of the freezer and wait for it to thaw or spend valuable time to defrost it in the microwave or in tons of running water. 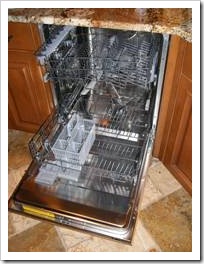 Last month, I visited my sisters and nephews. One of my sisters is in her late 30’s and the other is in her early 40’s and both became moms just last year. For years, they had lived on their own and managed a household perfectly, but when their babies arrived, they started dedicating most of their time to their “bundle of joy” and managing their house became a challenge.

As a parent, you probably remember yourself saying, “I don’t have a spare second to do the basic things anymore”. My younger sister was happy simply because I was with her baby so she could take a shower in the middle of the day. “Sometimes, I don’t have time to eat”, she said.