There’s a famous saying “Two’s company, but three’s a crowd”. When you’re a parent, and you want to help your kids with their social life, it’s a good one to remember. Other odd numbers of kids are tougher than even, but three can get downright nasty.

Ronit and I grew up in small places, where life was fairly simply and people were very friendly. So whatever we did, we did with our friends. We rode our bikes with them, played sports with them, and splashed with them at the pool or in the puddles. We swung with them at the playground and very often invented new and exciting games and adventures with them.

So it’s only natural for us to want our kids to have friends too and enjoy similar warmth to what we felt as kids. We want them to develop their social skills and imagination (come on, say it with me “instead of spending all their spare time in front of the computer or the TV”).

Well, by the time we got to child number 3, we were pretty good at guiding our kids in that area. And Noff has had an active social life since she was still in diapers. She never has a dull moment at school. She can always find friends to be in her groups during classes and has an abundance of playmates during breaks. 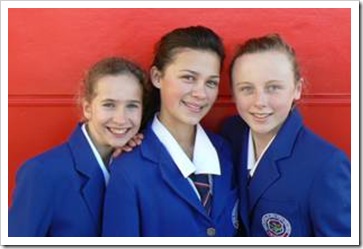 This year, Noff’s closest friends are Penny and Julie (not their real names). They all like dancing, they all like to dress up and they all like the same games. At the beginning of the year, they played well together. Then, Noff returned from school with stories about their inventions and about others wanting to take part in their games because they were so much fun. So far, so good.

After a while, the three girls discovered they could continue their friendship on the phone. Little as they are, they wrote down and memorized the others’ phone numbers. And they rang one another to talk about absolutely nothing in an excited voice, while walking around the house for 10 minutes.

Sometimes, they picked up the phone as soon as they got home, because they had “something very important to say”.

From company to crowd

The phone triangle, however, created a different dynamic among them, because there were only two of them in any conversation after school. This gradually turned into a somewhat of a competition – “You rang her yesterday? Why didn’t you ring me too?”

Bit by bit, this spilled into their school play. Noff started reporting friction during breaks and even classes around who will play or study with whom.

Then, our family went abroad for 6 weeks. During this trip, Noff had some very interesting time. But she still managed to have enough boring moments to remember her friends and miss them. “Can I call them?” she asked, and we eventually found a good time to ring. 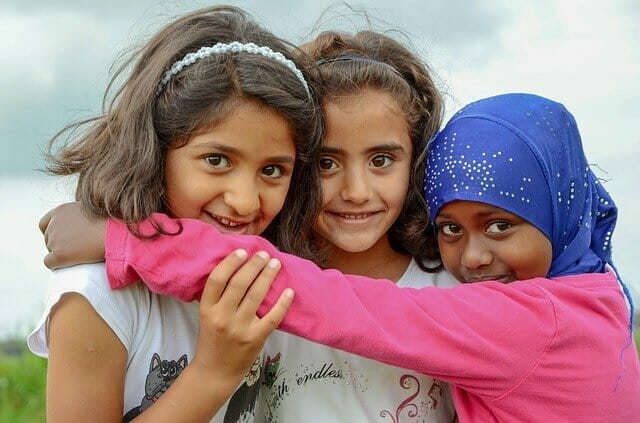 Noff tried Julie’s number, but the call wasn’t picked up. Then, she rang Penny. The conversation started with the usual excitement on Noff’s part. But that changed quickly into a shocked look on her face. At the end of the conversation, our little girl acted as if she’d been hit in the face with a frying pan.

It turned out that Penny had told her nobody wanted to be her friend anymore and when she got back, she wouldn’t have anyone to play with.

During the remainder of our trip, Noff didn’t enjoy her food or her time too much and cried over absolutely nothing at all. We talked to her about the phone conversation with her friend and told her that many kids say this to their friends as a way to express anger or even as a strange way to say they miss them (“You went away and left me behind”).

We could see Noff understood, but the moment of truth for her was when she got back, and we couldn’t hurry that up.

Finally, after 3 grueling weeks, Noff went back to school. She dreaded that moment so much, she asked Ronit to come to class with her. As soon as she entered, her classmates ran to her in excitement, hugged her and welcomed her back, especially her friend Julie, who had every intention of being her friend. Within seconds, Noff wouldn’t have noticed if Ronit had turned into a pumpkin.

But over the next few days, her teacher said Noff didn’t concentrate in class. And Noff kept saying how Penny was trying to steal Julie away from her and play with her alone. At the same time, Noff was essentially doing the same thing. Obviously, the issue hadn’t been settled.

From crowd back to company 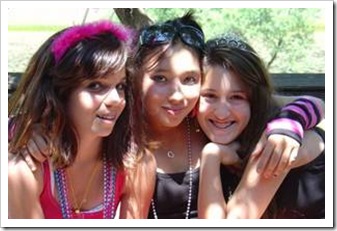 So Tsoof and I had a talk with Noff on the way home. We told her she needed to take a stand and tell Penny what she was feeling, instead of avoiding her and feeling rotten all the time. She apparently did that the very next day, because her stories changed and her teacher reported a bubbly girl again.

Why am I telling you all this? Because having an odd number of friends can become a problem very quickly for kids. Ronit and I have seen this so many times we make sure it does’t happen in sleepovers and other gatherings. 2, 4 or 6 kids together can play well for a long time and have lots of fun, but 3 or 5 kids will get into a power struggle more often than not.

As the number of kids gets higher, things get easier for them, as long as they aren’t specifically asked to split up so that one remains un-grouped.

Even the most socially skilled kids get sucked into the “odd number power struggle”. Because nobody wants to be left alone and everybody wants to get the most attention. When 2 kids play initially and the 3rd one joins, you can see this happening clearly.

Sitting in another room, you will be able to hear when this happens. The pitch goes up and the giggles stop. You could say “it’s a numbers game”…

So help your kids have fun with friends and keep the number even.