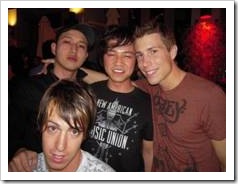 A few days ago, I went to pick Tsoof up from school and bumped into his guitar teacher (Andrew Kennedy, a rare combination of a professional musician, a gentle human being and a good teacher). We had a chat about Tsoof’s progress and how much he was enjoying his lessons, and then Andrew asked me, “How old is Tsoof?”

“That’s the worst age”, he said, “Lots of kids stay nice until about that age, but then they start having problems and going wild. That was the most difficult age for me too”.

As it happens, both Ronit and I have heard this sort of warning from many people, so Andrew was expressing a very common notion about teens and how they change, but it made me want to write this post. 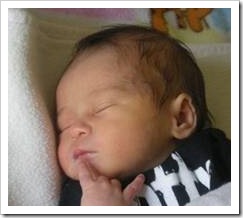 When Eden was born, she was an absolute charmer – she ate well, slept well, grew beyond the “normal” scale for babies and did everything babies do way ahead of the curve. Being first-time parents, we were very proud of her progress and growth and told anybody who did not run away about our wonderful bundle of joy.

People were happy for us, but many times, they said, “Yes, she’s a really great kid, but you should know your luck might run out – there’s the ‘terrible twos’, ‘horrible fours’ (or whatever they’re called) and then the teen years, of course, so enjoy her while you can”.

We had some tough times (Ronit will write about them soon) and Eden was troubled, but we knew this had nothing to do with age. We got professional help, got over our challenges and, sure enough, Eden relaxed. 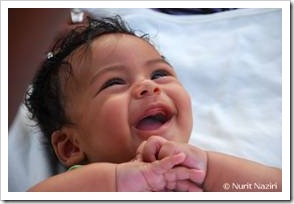 We enjoyed Eden like this for 6½ years, until Tsoof was born.

Our friends and family congratulated us on a new, healthy baby boy, but warned, “You know, having another wonderful child like Eden is very unlikely. You should get ready for Tsoof being completely different. Second children are typically difficult, especially when you have the third child (which we were planning to). Enjoy him while he’s still young”.

And we did. We kept enjoying him a lot longer than our friends and family had expected, though. We took him to Mexico when he was only 4 months old and washed him with cold water when we had to. He got over it. We moved him to Thailand, after stopping in Israel for 3 weeks, and he got Chicken Pox and had to adjust to the terrible heat. He really had a good time. Then, we moved him to Singapore, where he had the time of his life and we did too. After that, we moved him to cool Melbourne, where he still lived happily and gave us mostly joy. Tsoof changed countries, climates, schools, friends and cultures, yet remained a lovely kid.

All that time, Eden was growing up as a sensitive, intelligent, friendly and happy girl. 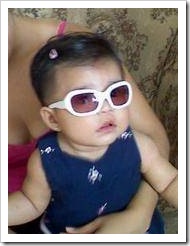 When Eden was 12 and Tsoof was 5, Noff was born. She was born with a problem in her hip joints, because she had been positioned right-side up in the womb. We had to put her in a special brace for the first 6 weeks of her life.

And she cried. Oh, boy, did she cry! The only way to make her stop crying was to hold her in our arms. As soon as we put her down, she would start screaming (good for her lungs, but not for anything else). Can you imagine the torture?

Despite asking the doctor and the nurse, this went on for 6 weeks. “See?” said some people, “You can’t get luck with all your kids”.

And then, the brace was off and Noff stopped crying and became a cheerful and playful baby. Turns out that full-body brace had been scratching her shoulders when she had lied down and her legs had pulled on it. Holding her in our arms had loosened the brace and stopped her crying. We found this out when we told the nurse she had stopped crying and she casually said, “Yes, they usually do. The brace sometimes hurts their shoulders and makes them uncomfortable”. Arrgghh! 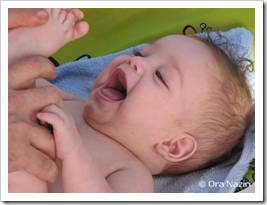 Anyway, when she was 1 year old (and very happy and healthy), Noff came with the rest of us for a trip by car around Australia for 6 weeks. She slept in a different caravan park nearly every day, swam in creeks, spent hours on my back while we hiked and trekked, sat for ages in her car seat and had the time of her life, just like everybody else.

When we got to Brisbane, Eden was 13, but she was wonderful. A year later, she was 14, but she was still wonderful. In the following years, despite all previous predictions, she turned 15, 16, 17, 18, 19 and 20. She finished school earlier than most kids, had a few jobs, got a driver’s license, graduated from TAFE (Community College in American), got a full time job and started university studies.

All that time, she was polite, considerate, sensitive, a super sister to her siblings and a great daughter to us.

But that little chat with Andrew made me ask, “When parents believe in a ‘bad age’, what does than cause?” 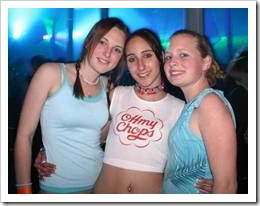 I think it causes fear. I think many parents who have not experienced raising a child at a certain age (and see boys and girls as being different) become afraid of what their now-lovely offspring will turn into next and that is a problem.

What happens next is the kids start testing, to see where the limits are. Fearful parents allow them to get away with too many things, being afraid to make things worse and the “monsters” gets bigger. By being lenient, the parents are putting 2-year-olds, 4-year-olds or teens in charge and that is not good.

Add into this mix fear-stirring beliefs, like “Kids of divorced parents become unruly”, “Working a full time job means you’re not spending enough time with your kids” and the likes, and pretty quickly, you have fire-breathing dragons roaming around the house and causing all kinds of havoc.

So with all due respect, I think I am going to stick to enjoying my kids one day at a time and will continue to believe they will be great regardless of their position in the family or their age. Circumstances may cause them strife, but they are temporary and can be handled with care. As long as I am a pillar of strength in their like, they will be OK. As long as I do not blame things on age, I will have the presence of mind to find the real cause of stress and help my kids get through it.

I suggest you do the same.

For a bit of help being a pillar of strength for your kids, book our Better Parenting Skills Workshop (anywhere in the world)

About 16 years ago, I went to visit a family member, who had her first child at the age of 42. I was very happy for her and traveled for 2 hours to see her precious new baby. She was so overwhelmed by the 10 days of the "mom experience"…

Last week, I wrote about writing your beliefs about kids. As I said, beliefs are a reflection of our parenting style. What we believe about kids becomes our reality. I realized this during my Special Education studies and I started making sure I always had the right beliefs, the most…

My kids want things just like other kids - they look around and want what they see. I think it only means they are normal. As a parent, you know what happens when your kids come home and say, "Mom/Dad, can you buy me …?" It is not easy being…