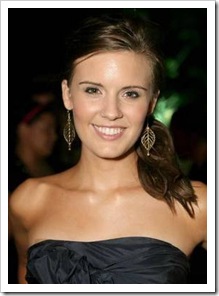 Many times, I find my self cruising through life, busy with my routine and my goals and my way of thinking. Then, something happens, which is the equivalent of getting smacked on the side of the head, and I get thrown into an emotional turmoil. I am sure this happens to you too from time to time. Recently, I was hit by the movie “Taken“.

Eden, my 19-year-old daughter, was in Israel at the time, telling us daily about how she had met new people and where she had gone with them. Ronit and I grew up in Israel, so we were just happy for her and enjoyed her stories.

One of those days, we decided to watch the movie “Taken” on our weekly date (a great habit, by the way, going out as a couple every week).

In the movie, a retired CIA agent is trying to reconnect with his daughter Kim, who now lives with his ex-wife Lenore and her rich husband. No matter how hard he tries and how much it seems to be working, he finds out he is being outdone by his ex-wife or her husband and eventually goes back to “square one”. The only thing that works out for him is using his old skills to save a famous singer’s life.

Kim and Lenore “work him over” until he agrees to allow Kim to travel to Paris with her best friend Amanda, thinking they will be staying with a couple of Amanda’s grownup relatives. However, when they reach Paris, a handsome young man befriends them, shares a ride with them in a taxi and then they are both kidnapped by woman traffickers.

Realizing his daughter was taken (he is on the phone with her when it happens), he consults a fellow CIA agent, who tells him, “You have a 96-hour window … to never finding her”.

From that point onwards, my mind was only partly engaged in watching this excellent, action-packed film. The rest of my being was crying out for Eden and I was in complete anguish over my total inability to protect my child from any predator out there who may be trying to harm her.

As soon as the movie was over, Ronit and I talked and we both just wanted to have all our kids at home with us and never let them out of our sight again. Of course, this would be a crazy thing to do, but the lack of control was driving us bonkers. It was so hard! 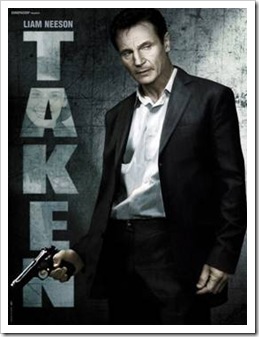 We then talked about whether we should suggest to Eden to watch the movie herself, to make her aware of the dangers out there. If she knew nothing, she would be relaxed but exposed. If she saw and learned, she would be safe but scared. How frustrating!

In the end, the life coaches in us took charge. We teach people every day that their beliefs create their reality, and we wholeheartedly believe in this. The more we tell our kids about the dangers in the world, the more their life will be dangerous, even when it is not, which is most of the time. So what did we do?

We felt that Eden was quite safe in Israel, where she was close to family, knew the language and spent time with friends. However, she still had to travel alone, change planes, spend a night at a guest house in Thailand, and then travel alone and change planes again. During all this time, she would have to take care of herself and not fall prey to any girl snatchers.

So we briefly told her about the movie we had seen, skipping most of the details, and communicated to her our love and our concern for her. We told her that, most likely, nothing was going to happen to her and she was going to be home, safe and sound, as planned. Still, we asked her to make sure she was never alone in certain areas, even if she had to pretend to be with someone else, and not to trust anyone, no matter how young and handsome he was.

Eden, bless her soul, knew exactly what we were feeling. She said she had known about the film, but was not sure she wanted to watch it until she was safe back home and she was going to be very careful when she traveled and make sure she actually got home.

Would you get your teenage kid to watch movies like "Taken" and tell them about lurking dangers?

Thank you for taking part in our poll. Come back again to see what other people think about teen dangers.