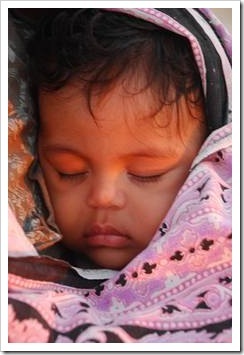 Recently, one of the Family Matters readers sent me a question about sleep problems with kids. I was surprised to discover that when she searched through over 650 posts, she did not find many dealing with kids’ sleep. The reason I was surprised is that in my parenting workshops, I talk to parents about kids’ sleep when I cover rules and boundaries. I have been sharing my personal trouble with my kids’ sleep for such a long time with so many parents, yet I have never written about it. Funny.

So this is the message from Julia, describing her sleep problem with her daughter. When she sent me the question, it was easier for me to give her a call and answer her question, but I wanted to share it with you too, just in case you are having similar challenges.

I have looked around your site to try and find some info on sleep problems with kids but had no luck. I know you are very busy, but thought I would ask just in case you can direct me to something that could help me?

My 8 1/2 yr old daughter cannot put herself to sleep, we have her in a single bed next to ours, and one of us has to go to bed at the same time as her, and usually we fall asleep, as it takes her a while to nod off. So as you can see, there is never any ”adult time” in our house. Things are getting rather desperate, as it creates a lot of problems as you can imagine. Hoping you might have time at some point to help me.

When we were just a young couple with a baby, we wanted to spend every second with Eden. As soon as Gal came home from work, we wanted to be together with her all the time, talk to her, sing songs, play with her and listen to every smart thing she did (and she did a lot).

One day, when she was 11 months old, we realized Eden had taken over our life and we had no time to be together, because our dear daughter went to sleep only when we did. So we decided that was it! She needed to go to sleep at 8pm so we could have a bit of time for ourselves.

But that did not work very well. Eden cried and cried. As she was a very smart girl, she started talking to us from her room and the guilt feelings ran wild.

For a long time, we tried everything we could think of. I will list the things we tried just to give you some idea, but nothing really worked for us. I read every book about sleeping problems, but in fact, Eden did not have any sleeping problems, because as soon as she finally put her head down and stopped moving, she fell asleep and slept right through the night until morning.

You see, I was the luckiest mother on Earth. While others had to wake up in the middle of the night to attend to their babies, I woke up once to breastfeed her during the first 3 months and from then on, she slept the whole night through. She is now 21 years old and I have woken up for her at night maybe 20 times since then.

Here is a list of things you can do. Hopefully, you will not have to try them all (like I did). And maybe the story after the list will work even better than all of them. 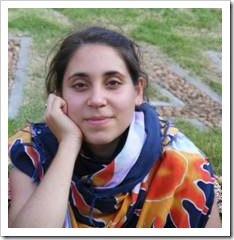 We tried every idea we read about or heard about for about 5 years. Everything worked for no more than a week. Eden was exhausted and so were we.

I want you to understand she did not disturb or prevent us from going about our business. We could do anything in the house and she just joined us – cleaning, cooking, playing and walking around the neighborhood. She just never allowed us to be together without her.

You may have considered Ophelia Syndrome (the feminine Oedipus Syndrome – kids seeking attention from the parent of the other sex), but that usually starts at a later stage and Eden did not want Gal’s attention more than she wanted mine. When we were together, hugging and kissing, she would come and hug and kiss us too. Or when Gal and I played “Catch” and Gal caught me, she would pull him away from me, as if she was trying to protect me.

One solution we found was to go to bed early and stay there for a while until she was convinced we are asleep, while doing our best to stay awake.

Another positive decision we made as a result of this was that once a week, we went out and brought a babysitter to watch over Eden (a decision we have kept for over 20 years now). We needed time to talk, be together, go out and meet other people. Once a week, we left the going-to-sleep battle for someone else. Surprisingly, the babysitters did not have to fight at all. Eden was cute and the babysitter did not mind sitting with her for an hour until she fell asleep. By the tame we came back, she was fast asleep and we had some quiet time. Highly recommended!

But the real solution came later.

When Eden was 6 years old and Tsoof was born (after we had lost two babies), we decided we could not afford to have this problem any longer. Tsoof was just one week old and I said to myself, “I give up!” I made an appointment with a family therapist and we went to see him with Eden. He listened to our problem and told Gal and me to come and see him without Eden.

We got a babysitter for the kids and went to see him. He said to us, “When you come home, tell her it is time to go to bed!”

Gal and I looked at each other not really understanding what he was saying.

We were shocked. Was this guy serious?

“And what makes you think she will go to sleep?” I asked him, “We have been saying this for 5 years and it doesn’t work”.

“Just go home and say to her ‘Eden, now it is time to go to bed'”, he kept repeating.

“She won’t!” I became frustrated, “You don’t know her. She will argue until the cows come home. She will say, ‘Why are you staying awake?’ and ‘It’s not fair’ and ‘I’m doing OK like this’. She won’t go to sleep. She will stay awake and argue”.

We left his office after an hour, feeling a bit frustrated. On the way home, we said that therapist probably had no kids of his own, because no one with kids would suggest anything so stupid. 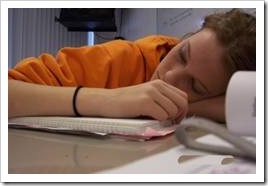 We came home, had dinner, cleared the table and it was 8pm. I turned to Eden.

I wanted to react immediately, but I remembered what the family therapist said and held back. “Eden, now it is time to go to bed”, I said again calmly.

I wanted to say, “I AM the boss of you! I’m your mother, I’m the grownup here and I can tell you what to do”, but instead, I took a deep breath and said again in a clam voice, “Eden, now it is time to go to bed”.

As we had suspected, Eden argued for two hours, but we kept saying, “Eden, now it is time for you to go to bed”. She said she was not going to bed and in the end, she did not.

The following night, it all started again, but this time I said, “Eden, now it is time for you to go to bed” and I turned my back on her. Eden started arguing, but the sentences changed to questions.

I told myself I would do exactly as the therapist had said (even if he had no kids of his own), so my answers were all the same, like a broken record, “Eden, now it is time to go to bed”.

I said this about 70 or 80 times that night and, sure enough, Eden only went to sleep when we did.

The third night sounded exactly the same. I used my mantra (meanwhile arguing with her in my mind) and she kept protesting. But this time, she went to bed early.

We had argued for 5 years times 365 days and she went to bed early on the third day of not arguing.

Here is what I learned from that one hour of coaching:

This is my story of kids not wanting to go to sleep. From that day onwards, for the last 14 years, we have had no fights with Eden about going to sleep. She is 21 years old now and has two siblings, but she still thinks she is one of the grownups in the family (in terms of responsibility). Although we do not say anything to her about going to sleep, you can see her from time to time arguing with herself, debating whether to go to sleep or stay awake and read a book or cram some more psychology material. Some nights, we go to sleep before she does and she comes to tuck us in and turn the lights off.

I hope my story will help you too.

I have heard a lot about angry teenagers (some even call them troubled teenagers). People talk about teenagers being angry as some natural phenomenon, but I often find there is nothing natural about it and teenage problems are caused by things that can be changed. One of my clients had…

How to Get Rid of Doubts

Today, in part 7 of the self-esteem mini-course, I would like to talk about doubts, the killers of self-esteem, and the role parents can play in filling up doubt-holes with confidence. My hope is that if you want your kids to have high self-esteem, you will shift your focus from…