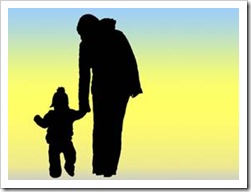 Years ago, someone showed me this book called “I’m OK, You’re OK“. In the book, the author describes 4 psychological positions and their effect on communication and relationships. What I read in that book has helped me a lot over the years and is a handy way of explaining relationships to clients, especially parents.

Being a psychological parent means assuming that others do not know what is good for them, they are incapable of making good decisions and they need to be told what to do and to be supervised.

This is true for very small children, who are helpless and totally reliant on their parents. Later on in their life, parents who take the “parent” position create a relationship in which their children do things to satisfy their parents, in an effort to become “OK”.

When kids are born, they know nothing and their world is mysterious to them. Their main guides are their parents, who seem to know everything.

Therefore, parent-child communication works when kids are young. As they grow up, especially when they become teens, kids begin to realize they have some skills and knowledge their parents may not have and they want to change that relationship.

Consider what happens when you interact with another person, who owes you nothing. When you want that person to do something for you, you take into account they may be too busy or incapable of doing what you ask, and that is OK. When that person asks you for your help, you feel comfortable making your decision so as to get the best outcome for yourself, believing that the other person will respect you as a separate person.

Adult communication works with other adults, because each person respects the other person and attempts to convince, rather than force.

Luckily, psychopaths are a small minority.

What’s in it for me?

First, you can find out which communication position you take most often. 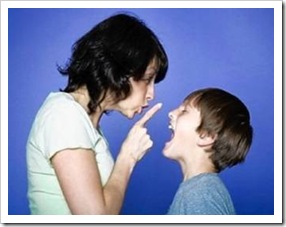 Some people adopt a “parent” position and use it when dealing with their employees, their clients and certainly their kids. This is your position if you use a telling style and you feel you can teach the other person a thing or two.

Some people adopt a “child” position as grownups. This is your position if you need others to guide and support you all the time (we all need it sometimes). Statements such as “I’m no good with…” are a giveaway for this position.

Many marriages are based on parent-child communication, where one partner is more aggressive and dominating and the other is more submissive and obedient. As long as it suits both partners, this type of interaction is sustainable. In most marriages, there are areas in which one partner may play the parent role and the other the child role, but the main interaction style is still adult-adult.

What happens in some cases in relationships, and certainly with kids during their teen years, is that one of the people in the relationship is no longer comfortable playing their original role. Teens are not happy being in the “child” role anymore, and if you want to keep having a good relationship with them, you must make some changes and gradually switch to adult-adult interaction.

Oddly enough, I have had the opposite challenge with my daughter Eden. As a life coach, I essentially teach people “adult” communication and mindset, but when I try to guide Eden through making decisions, she sometimes says, “Dad, just tell me what to do already, OK?”

So this changing of relationship is a kind of dance, really. Your teen will be ready for more and more independent thinking over time, but it certainly will not happen over night. As a parent, you must find the balance between telling and coaching your teens, and to do that you need to pay attention to your teens’ responses to your communication.

Generally speaking, you will have more success trying the adult approach first. If this does not work (as in my daughter’s case), you then have your teen’s permission to tell them what you think. Telling first may result in what seems like an irrational outburst, followed by a break in the communication, which means you do not get a chance to correct.

Many parents have a real challenge letting go of their control over their kids. I did too, until I was given an excellent tip from a wise man, which at the time was like a slap in my face.

I was making a fuss over Eden’s messy eating habits. She had just knocked over a cup of chocolate milk and, having Ronit’s parents with us and juggling between them, work and new baby, I “gave her a piece of my mind”. 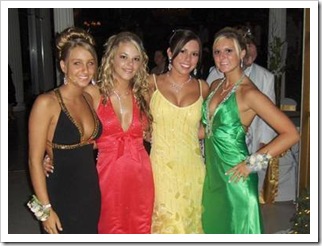 My father-in-law took me aside and asked me calmly, “In the scheme of things, just how important is the spilled milk? Are you willing to have a child who resents you in order to keep your kitchen table clean?”

Now, I am not saying it was easy changing my communication, but keeping these questions in mind, I learned to choose my battles and only fight the important ones. Even then, I kept reminding myself that having a good relationship with Eden was more important to me than some particular thing that was going on at the time. I managed to “let her” get a driver’s license, choose her own jobs, go out and spend time with her boyfriend, and we still talk and have fun together, which is great.

So start with the areas of friction in your life and find out if they are the result of a psychological position mismatch. Then, see if there is anything you can do to make things work better.